This evening, the Norwegian Nobel Committee will jointly award the 2018 Nobel Peace Prize to Nadia Murad and Dr Denis Mukwege for their efforts to combat sexual violence as a weapon of war. Both laureates have campaigned bravely and extensively to end impunity for conflict related sexual violence, an issue that is key to the women, peace and security (WPS) agenda.

By awarding the prize to people from two different countries the committee were showing that conflict related sexual violence is not an issue for one country, but a worldwide problem

When the Norwegian Nobel Committee announced this year’s laureates, they explained that “a more peaceful world can only be achieved if women and their fundamental rights and security are recognised and protected in war”’. Berit Reiss-Andersen, Chair of the Norwegian Nobel Committee, made it clear that by awarding this prize to people from two different countries the committee were showing that conflict related sexual violence is not an issue for one country, but a worldwide problem.

The Committee also highlighted the fact that this year marks the ten year anniversary of UN Security Council Resolution 1820, the second of the resolutions on WPS, but the first to focus on conflict related sexual violence. It stated that sexual violence can “significantly exacerbate situations of armed conflict and may impede the restoration of international peace and security”. 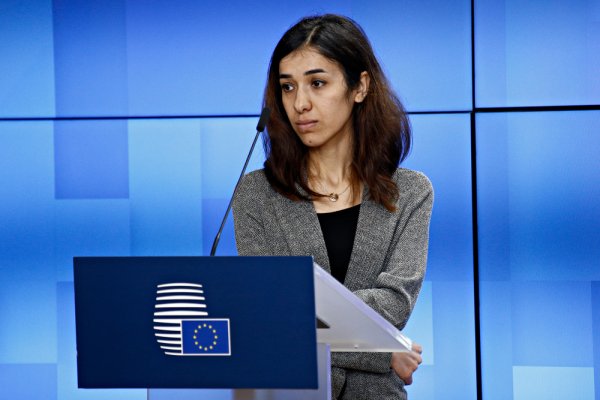 The Nobel Peace Prize has been awarded to 106 individuals, only 17 of whom have been women. Yet, it remains the Nobel category with the most female recipients.

Historically, the contributions of people of the global south or people of colour have not been adequately recognised. The vast majority of the nominations over the past 100 years have come from Western Europe, followed by North America – homes of 44 and19 laureates respectively. However, this has changed in the last 20 years, with 20 of the 35 Prizes awarded to people of colour.

In 2004, Kenyan feminist, Wangari Muta Maathai received the prize “for her contribution to sustainable development, democracy and peace.” The year before that, it was awarded to Iran’s Shirin Ebadi “for her efforts for democracy and human rights. She has focused especially on the struggle for the rights of women and children.”

Ellen Johnson Sirleaf, Leymah Gbowee and Tawakkol Karman of Liberia and Yemen were jointly awarded in 2011 “for their non-violent struggle for the safety of women and for women’s rights to full participation in peace-building work.”

The Nobel Peace Prize has not been immune to controversy either, with calls for Aung San Suu Kyi to have her 1991 award revoked for her failure to act on the genocide and sexual violence perpetrated by government forces against the Rohingya.

Murah and Mukwege have helped to give greater visibility to war-time sexual violence, so that the perpetrators can be held accountable for their actions

Nadia Murad and Denis Mukwege are not only deserving of the recognition, but are also two of the least controversial Nobel laureates for many years. “Each of them in their own way has helped to give greater visibility to war-time sexual violence, so that the perpetrators can be held accountable for their actions.”

Dr Denis Mukwege has been an ally fighting for the rights of women in the Democratic Republic of Congo for decades. He is a leading surgical gynaecologist at the teaching hospital he helped establish in the suburbs of Bukavu, in the east of the country. He is also the Director of the hospital which takes a very holistic approach its patients who suffer egregious sexual violence at the hands of armed rebels and government forces. Patients are offered psychosocial support, legal assistance, training and education to help reduce the inequality that allows the perpetuation of sexual violence.

Nadia Murad was 21 when Da’esh forces swept through her village in Kocho, northern Iraq. She saw the men of her family killed, and was kidnapped with her sister; sold into sexual slavery, trafficked to Mosul, beaten and gang raped for a month before escaping captivity. She has spoken at the UN about the atrocities her people experienced, written a book hoping she will be The Last Girl to experience such horrors and continued to campaign for justice for her people.

In a recent opinion piece for Financial Times, Murad explained: “Survival came with a purpose and an obligation. I have travelled the world to seek justice, pleading with global leaders to help the Yazidis who remain in dire need. My pleas have been met with expressions of sympathy but little action.”

She is trying to make a life for herself in Germany. But in many ways, she is still beholden to the experience forced upon her. She is still a relatively ordinary young woman from a small town, wanting to train to be a beautician; but is thrust into the spotlight because of her bravery, and the heinous acts of men from around the world. In expecting her to continue to retell her experience, is the international community contributing to her retraumatisation? An absurd voyeurism is a serious feminist concern in discussing conflict related sexual violence.

“Deciding to tell my story was a difficult choice; no one wants to discuss such horrors publicly. I chose to speak because I believed the world needed to know the truth and I wanted justice.”

“Deciding to tell my story was a difficult choice; no one wants to discuss such horrors publicly. I chose to speak because I believed the world needed to know the truth and I wanted justice. I wanted ISIS held accountable. If we cannot achieve this, with all the evidence and our justice systems, then we are giving a green light to these groups.”

Berit Reiss-Andersen, Chair of the Norwegian Nobel Committee said, “We want to send the message that the way you address war crimes is by introducing legality instead of lawlessness. So impunity has to end. The perpetrators have to be investigated and prosecuted.” 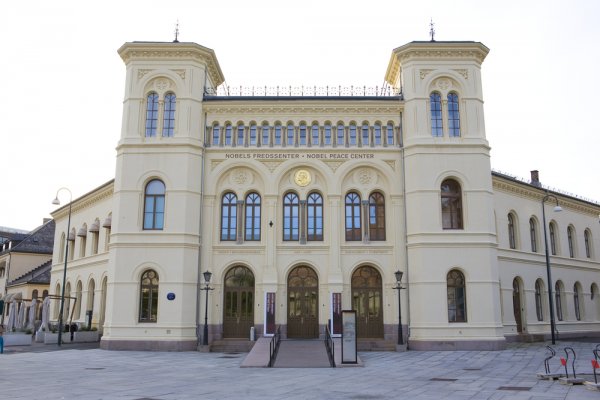 In this, the Nobel Committee and this year’s laureates need our help. It is the obligation of States, who are party to the Rome Statute of the International Criminal Court, to investigate and prosecute conflict related sexual violence as war crimes, crimes against humanity and genocide within their own court systems.

In the case of international terrorism, and Da’esh in particular, states like Australia need to remedy the bureaucratic barriers to the investigation and prosecution of perpetrators of such crimes. Investigative and judicial mechanisms need to be funded to undertake such investigations and prosecutions, and the detention of suspects needs to be prioritised in immigration and border control counterterrorism measures.

Australia should set an example. Other nations like France, the UK, Canada and Germany need to follow. This would surely mean even more to both Nadia Murad and Denis Mukwege than the Nobel Peace Prize.

Tune in online to watch the ceremony in Oslo at 11pm EDT this evening.

Susan Hutchinson is the architect of the Prosecute; Don’t Perpetuate campaign.