Women are not babysitters for the economy

There has been spirited debate about what the government should be doing, and how quickly it should be doing it, in response to the unprecedented health and economic crisis from COVID 19.

At the centre of debate is closure of schools and childcare as we are urged – or required – to work at home. Meanwhile female dominated professions at the forefront of the crisis – health care workers, teachers, and childcare providers – are struggling with the dilemmas of their now hazardous work environments. As a frustrated West Australian teacher recently wrote in a local news outlet: “I usually love teaching, but right now I hate the fact that I am a teacher”.

Teachers are not babysitters for the economy. Keep schools open and [we] are exposed to high-risk behaviours by a beautiful bunch of guileless innocents.

“We are not babysitters for the economy. You keep the schools open, and I find myself in the unenviable position of being exposed to high-risk behaviours by a beautiful bunch of guileless innocents.”

In her frustration, the anonymous WA teacher captured the essence of a critical economic problem that is being ignored. So far, the response has focused on the market economy, including the unquestionable importance of quickly redressing the gaps in our social security system for those without paid employment.

Yet the letter from Anonymous highlights that the non-market production of households, including women’s unpaid care and domestic work, is now a crucial economic buffer. A feminist economic perspective on responses to economic disruptions brought by COVID 19 may reveal new ways of thinking about the problem, and how we might better respond to protect health, productivity and well-being.

The first thing is to recognise that the market is only one part of the economy. Broadly speaking, GDP is the value of all goods and services bought and sold. Nevertheless, statisticians estimate that in normal times around half of all economic activity is unpaid (and therefore uncounted) production by households.

Statisticians estimate that in normal times around half of all economic activity is unpaid (and therefore uncounted) production by households.

The Australian Bureau of Statistics calculated in 2014 that the value of household production was $416 billion to $586 billion – or between 41.6% to 58.7% of GDP. Experts also recognise that during times of market instability, such as the 1930s depression and the 2007-08 global financial crisis, home production was an important buffer for living standards. This is because when incomes drop, more goods and services are produced and exchanged through social and family networks (think for example of eggs, vegetables, haircuts, childcare) rather than being purchased.

Conventional wisdom of managers during the current crisis of ‘home working’ seems to be that a 20-30% ‘productivity loss’ is to be accepted as normal. This perspective is understandable for employers, but unforgivable for governments when market childcare and education services are operating at much reduced capacity, and the locus of this economic activity has shifted dramatically into homes. 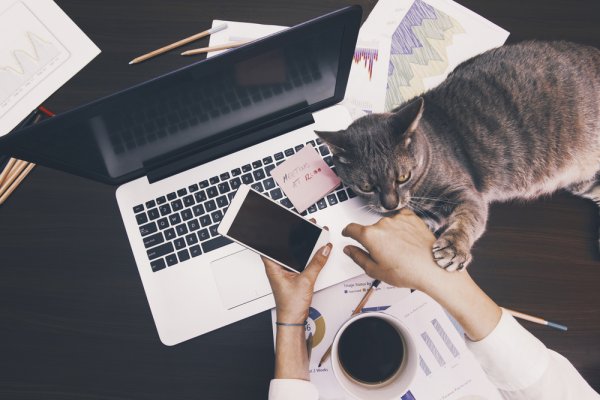 A 20-30% ‘productivity loss’ accepted as normal from people working from home.

This example illustrates how production and productivity moves between the household and market sector but is only measured and recognised when it is paid for. This is hardly a 20% drop in productivity when around half these schoolchildren are now being cared for the non-market household sector.

An economic study conducted at OECD Statistics in 2017 revealed the macroeconomic magnitude of such effects. OECD economists estimated that for countries such as the UK and the US, GDP growth had been exaggerated by around 0.5-1.8 percentage points percentage points a year since the 1970s because the increased use of paid childcare services had been counted in GDP as more economic productivity, rather than as a shift of unpaid work from home to the market economy – a reallocation rather than increase in economic activity.

So far the government has increased employment benefits, and ramped-up loans, subsidies and tax breaks to businesses in response to the economic crisis befalling us. The Australia Institute’s Richard Dennis and others have suggested that the government should invest in long-term infrastructure, like it did in the Great Depression.

Big infrastructure as a strategy to rebuild the economy is gender biased.

But I take issue with the idea that the best investment projects around are building things like roads and houses. The strategy is not only old school, it’s gender biased. It’s men who benefit from these strategies, treating women as babysitters for the economy.

The coming months present a rare opportunity to rethink productivity and economic wellbeing, including redesigning our social security systems and economic institutions.

For better or worse, radical reaction and fundamental change could be on the way, but it may not be a quick or smooth road. An upside is that coming months present a rare opportunity to rethink productivity and economic wellbeing, including redesigning our social security systems and economic institutions so they work better for society and the environment, and are fairer to women.

Now is the time to make major investments in such systems and institutions.

How can we promote more equal sharing of unpaid domestic and care work between men and women at this time? Can the closing of restaurants ultimately reduce food miles and increase healthy eating, including by subsidising home and community food gardens?

What about investments in low-emission individualised (instead of mass) public transport? Or building more small-scale community meeting places and venues instead of multi-billion-dollar sports stadiums or in community-based birthing centres and maternity hospitals so women have options about where and how they give birth.

The current gender-blind approach to economic management is like driving a car with the windows all frosted up apart from a small clear space in the windscreen.

Why is it that we only ever think of subsidies to big corporations for creating building and construction jobs with such stimulatory economic strategies? More creative strategies could look at ways to restructure the economy to be more people and environmentally friendly and generate jobs for women as well as the usual army of unskilled labourers and wealthy developers and construction industry barons.

The current gender-blind approach to economic management is like driving a car with the windows all frosted up apart from a small clear space in the windscreen. It’s a scenario familiar to many Canberrans where policy is being made as winter approaches but is a disastrously narrow view of where we are going.