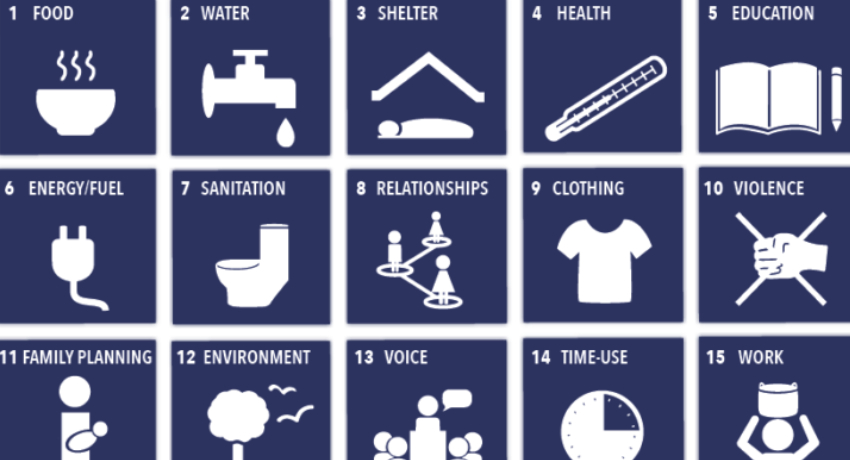 When Justin Trudeau was elected Prime Minister of Canada he famously appointed a Cabinet with equal female and male representation. When asked, his response: “It’s 2015.” The unspoken intent of his message was clear: it is well past time.

While women’s unequal representation in political life is likely to be a fairly well known example of gender inequality, a less well known issue (though gaining visibility) is the way that women’s lives are under-represented in data. This is true in medical research to urban design and city planning.

So, it is both shocking and not at all surprising to find that in 2019 women remain largely invisible in poverty data. In fact, we can’t answer some basic questions about gender and poverty such as: how many women are poor? Or, are women poorer than men overall?

Though there is evidence that the number of people living in poverty is declining over time, we don’t know whether that decrease in poverty is benefitting men and women equally.

Currently, there is not enough data to tell whether that decrease in poverty is benefitting men and women equally. Image: Supplied

In today’s data-rich world, where consumer giant Target might know you’re pregnant before your family does, companies have embraced data to sharpen and tailor their product to the precise customer. The same is not true in tackling global poverty. Donors, governments, international organisations and philanthropists who provide funding for poverty alleviation lack the data to channel their resources.

Why? There are a number of reasons, but amongst the top three: current poverty measures don’t ask the right people, about enough things, in enough sophisticated ways.

Currently, the world measures the poverty of households. This hides the circumstances of individuals within

Currently, the world measures the poverty of households. This hides the circumstances of individuals within. By only asking questions of one member of the household we make a number of (erroneous) assumptions. We assume that person is a proxy for everyone with resources distributed equally amongst household members. We also assume that poverty affects everyone in the same way—regardless of gender, age or disability.

Anyone who has ever lived in a household with other people will tell you that resources and responsibilities are not evenly distributed. So why do we keep making this assumption when we measure poverty?  To better understand poverty we should ask questions of all adults in a household. This ensures that we account for the varied circumstances of each household member. Doing this would help to answer the question of how many women are poor. From there, we want to know in what ways they are poor.

This is the second key issue with current poverty measures: we don’t ask about enough things. The most widely used measures of poverty today focus narrowly on money, health, or education. These are extremely important parts of the poverty picture but not sufficient. If you talk to people experiencing poverty (like this) it is clear that there are many more factors impacting their level of poverty. 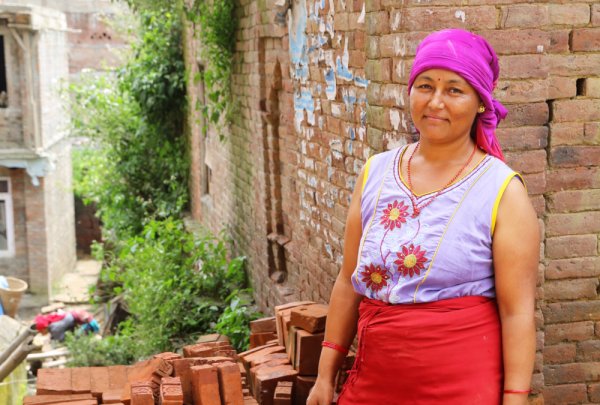 From different responsibilities of men and women in relation to unpaid care of children to access to sanitation or personal relationships, clearly, poverty is about more than money. Image: Supplied

From different responsibilities of men and women in relation to unpaid care of children to access to sanitation or personal relationships, clearly, poverty is about more than money. We need to expand our concept of poverty to include the different areas of life that contribute to deprivation or opportunity. Without this more fulsome picture of the ways in which people are poor it is unreasonable to think we are designing the most effective solutions. Once we know this, we then need to know the extent of people’s poverty.

This is the third issue: current poverty measures default to poor versus not poor distinctions in their measurement. By establishing a threshold, prominent measures of poverty assign people to binary categories. But, when the international poverty line is set at US $1.90/day is it reasonable to say that an individual making US $2.00 is not poor?

Prominent development economist, Nancy Birdsall, has suggested that meeting the needs of those people living between $1.90 and $10/day, ‘the strugglers‘, is the most pressing development challenge of the century. Current poverty measurement approaches leave us ill-equipped to address that challenge. Measurement must paint a picture of the extent of people’s vulnerability if the goal is to act to enhance people’s resilience. After all, if you’re in a hole or a canyon you need different tools to get out.

The problems in data persist due to both a lack of technical alternatives and the political will to fix them. However, the Australian Government through the Department of Foreign Affairs and Trade (DFAT) is supporting a partnership between IWDA and ANU to ready for global use, the Individual Deprivation Measure (IDM). The IDM collects primary data from all adult members of the household about 15 dimensions of life. It is scalar, with a four-point scale to represent the extent of an individual’s poverty. The IDM helps to overcome the limitations I’ve described and is the first, individual-level and gender sensitive measure of multidimensional poverty.

Not enough money goes to measuring the problems of, or progress on, global poverty; so, the money we do spend must do this well. At a minimum we need data that tells us equally about the poverty experience of men and women. It’s 2019.

To find out more about the IDM and gender sensitive poverty measurement visit the IDM website and register to attend their upcoming Global Conference Measure What Matters: data to leave no one behind.