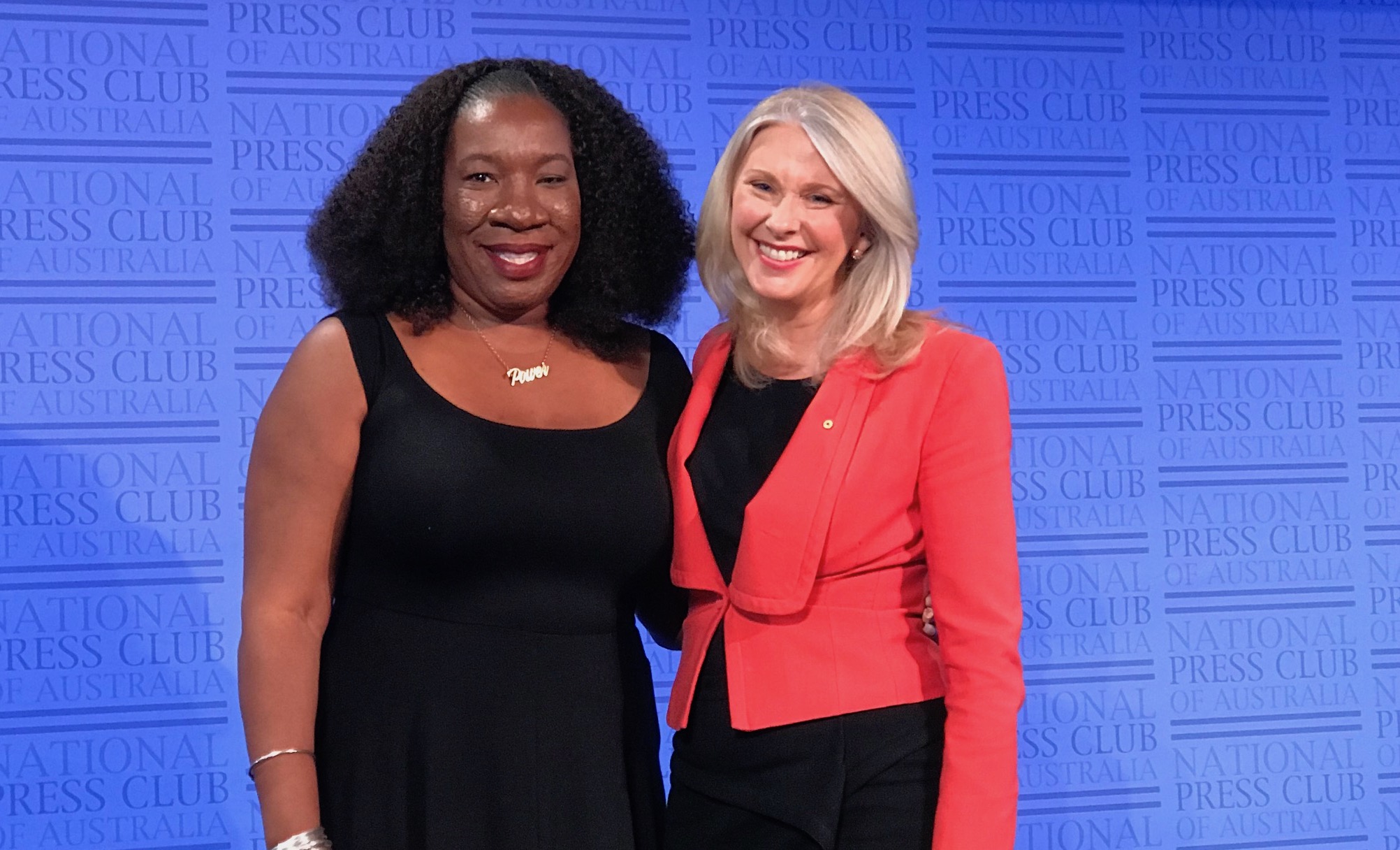 Healing and action: The untold stories of #MeToo

With the amount of mainstream media coverage, academic research, social media debates – whether civil or not – and different forms of activism taking place across the world since that first viral tweet two years ago, it would be easy to think that we know what the #MeToo movement is about.

But as the National Press Club address with this year’s Sydney Peace Prize winners, Tarana Burke, and Tracey Spicer showed, perhaps our perceptions – and therefore also our expectations of the movement – are, if not flawed, then at least in need of a rethink.

As Burke, founder of the original grassroots movement back in 2006, long before Alyssa Milano triggered the online avalanche of responses, pointed out, there is much more to the story than has so far been told.

“This is not a movement about simply calling out individual bad actors – but about the global health crisis of sexual violence.” 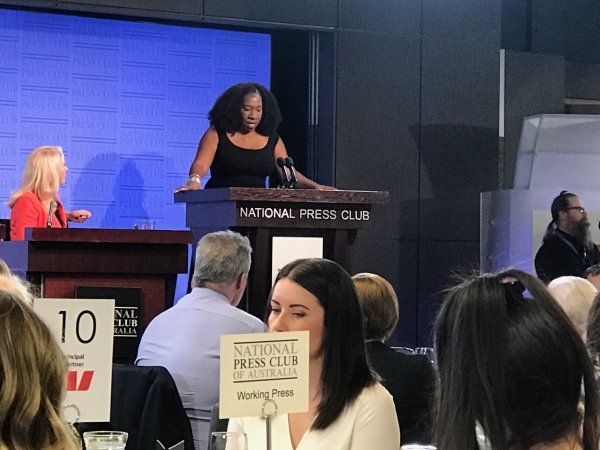 According to Burke, the media’s narrow focus on reporting individual instances presents a significant challenge, because it perpetuates the myths of sexual violence as a private, apolitical act between individuals, consequently framing it as an interpersonal, rather than a structural social justice issue.

Using an analogy of a viral disease outbreak, she argued that instead of asking vital questions such as ‘how did we get here?’, ‘how do we stop its spread’, and ‘how do we make sure it never comes back again?’, our focus has been on questions such as ‘can men and women ever work together?’ and ‘is there life after #MeToo for the accused?’

“The #MeToo movement is about two things: healing and action. That’s the story that needs to be told.”

Burke was unequivocal about the ultimate purpose and goal of the activism: “The #MeToo movement is about two things: healing and action. That’s the story that needs to be told.”

“We talk about the proliferation of the hashtag but we forget that behind every hashtag is a human being. Every hashtag is a person who sat down in front of the computer, contemplating whether they should say anything.”

However, she was quick to point out that here too we run the risk of applying too narrow a lens.

“I’m disappointed in the way [the movement] has been portrayed. I’m disappointed that people think action has a finite way, and the #MeToo movement is being looked at as these wins and losses based on these variables, and not looking at the larger picture.”

“It’s a win for me that there are so many people who are willing to stand up and put their bodies behind this movement …It’s a win that we can create our own media so that the marginalised voices can come forward in a way that they haven’t been able to before. I want people to think about action in a broader sense. It is about the individual things that we do to end sexual violence.”

Spicer similarly highlighted the need to broaden the voices around the movement in Australia. “Indigenous women, culturally diverse women, migrants and refugees, women with disabilities. This is where the conversation must go.”

“We need to talk about what happens next for the survivors, within workplaces and on the streets, because reporting is not enough. Storytelling is not enough. Policies and procedures that are on paper but not put into practice are definitely not enough. We need services that are properly resourced and staffed and promoted to the community to ensure victims of abuse know where they can safely turn in times of need. We need systems and structures in place that protect survivors, and prevent further abuse. And we need to change the conversation from the lounge room to the board room.”

With all the focus on the internet and the social media as toxic places for women in particular, Burke noted that the current manifestation of the global movement would never have happened in the first place if it wasn’t for these platforms.

“What the hashtag did and the viralness of #MeToo did was create a community for survivors. Social media gave us a place to say I’m not alone.”

“What the hashtag did and the viralness of #MeToo did was create a community for survivors. So many of us suffer in silence or in small silos … social media gave us a place to say I’m not alone.”

And even in the face of all the challenges, there is some cause for optimism.

“It’s clear that the far reach of this movement is no accident,” argued Burke. “We’re in a unique historical moment. While the fight to end sexual violence has roots planted decades ago, the movement has never had such a sustained worldwide response.”

“Opportunities such as this don’t come often. As citizens who want to live in a more safe and just world, it’s important that we don’t squander it.”

Going beyond individual action, Spicer noted the governments’ and the social media organisations’ role in creating safe spaces online. “It’s absolutely their responsibility and we need to keep calling it out until they do something.”

Burke concurred: “You can’t legislate healing, but the government does play a role in how we move this thing forward. We have to have a movement to push the government in the direction we want to go.” 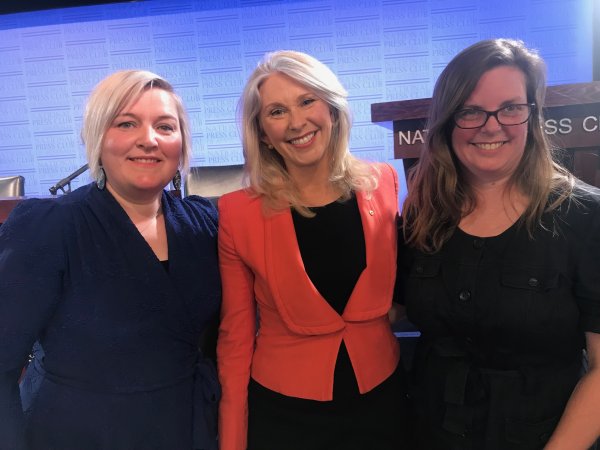