Finland 5 – The Millennials smash it!

When I arrived in Finland just over three weeks ago for a brief family visit, the country was in the middle of a large-scale postal strike, and the ‘sympathy strikes’ were starting to spill over to several other industries. The mood was somber as negotiations were at a stalemate, postal services at a halt during one of the busiest times of the year, transport a mess, and the costs to the economy were skyrocketing.

Two weeks later when I boarded the plane back to Australia, then Prime Minister Antti Rinne had resigned after losing the confidence of the five-party coalition government for his handling of the situation.

By the time I landed in Sydney, 34 year old Social Democrat, Sanna Marin had become the world’s youngest serving Prime Minister, and as a result, the whole government was now led by five women – with all except one in their early 30s.

The viral tweet by Helsingin Sanomat journalist, Tuomas Niskakangas, described the women as #newgeneration, and carried with itself a promise of fresh, new politics.

The tweet itself was no accident. Realising the viral potential of the historic moment should Marin be elected, Niskakangas pitched the idea to his editors on Sunday. Failing to receive sufficient interest, he prepared the collage so that he would be ready to tweet it from his personal account instead. Every single detail, down to language choice, was a result of careful planning.

But tweet or no tweet, juxtaposed with the rather grim state of global politics and the increasing winding back of women’s rights, the news of the Millennials now leading the pack was a welcome change of pace indeed. So, how did we get here?

Predictably, much of the focus so far has been on the gender and age of the new leaders, with The New York Times describing the government as “remarkably young and female”.

But equally fascinating is Sanna Marin’s background, and what it tells us about the Finnish welfare state.

Alcoholic father, divorced parents, economically disadvantaged, brought up by her mother and her female partner in what Marin herself describes as a ‘rainbow family’, average school success, bouts of unemployment, the first in her family to go to university, and now a young mother of a toddler herself in one of the highest positions of political power – Marin has all the makings of a cinderella story.

Tempting as it might be to use lofty phrases such as ‘breaking the cycle’ and ‘beating the odds’, in the Finnish context the story is much more nuanced

But tempting as it might be to use lofty phrases such as ‘breaking the cycle’ and ‘beating the odds’, in the Finnish context the story is much more nuanced  – and her ascension to power, while not a given, is at least firmly within the realm of possibilities for those not fortunate enough to be born into material prosperity.

Politically, Marin is profiled as more left leaning than the rest of her party’s leadership, and she has a strong focus on environmental politics. When asked about why she became a Social Democrat, Marin replied:

“I come from a low socio-economic family and without the strong welfare state and the Finnish education system, I would not have had the opportunities to succeed and progress the way I’ve had. I was brought up in a rainbow family, which has naturally influenced the fact that equality, social equity and human rights are extremely important to me.” 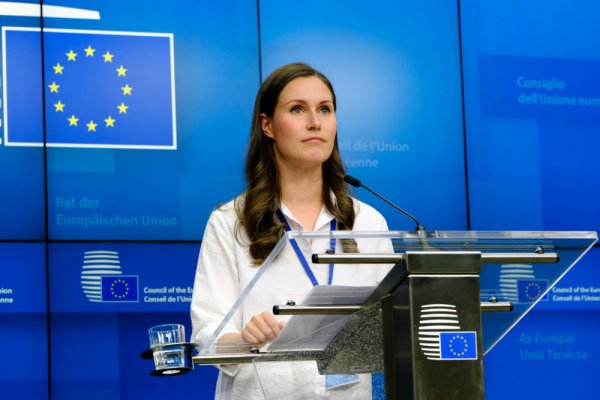 “People have always been equal to me. Equality is not an opinion. It is the basis of everything.”

As a mother of a 2 year old, Marin also wants to show to others that parenting is not a barrier to being a leader.

And of course, here too does the welfare state play a vital part. With generous paid parental leave provisions, including 54 workdays of paternity leave, heavily subsidized daycare (for example in the city of Espoo, the fees range from completely free, to a maximum of €289 per child/month, depending on the family income), and a culture which in general is supportive of working parents, Finland provides ample opportunities for people to create a better life for themselves.

But equally tempting as it would be to glorify the Finnish system, it would be disingenuous to suggest that it’s without any problems.

As cultural anthropologist and psychotherapist, Katriina Järvinen, and Professor Laura Kolbe, historian, have shown, while in theory every citizen has equal access to free education (there is no private school system in Finland), social class continues to impact people differently. The widespread narratives of the society becoming just one big middle class are nothing but fables, which ignore the everyday realities of many people.

Those who climb up the societal status ladder often find themselves lacking in what French sociologist Pierre Bordieu termed ‘cultural capital’, and struggle to navigate the social norms of the traditionally elite structures of higher education. At the same time, many report feelings of shame of their humble background.

Marin has also acknowledged this, noting that she felt invisible as a teenager as she could not openly talk about her ‘rainbow family’. What’s more, she did not believe that people like her could become politicians, a profession reserved to those who were better off.

In other words, while the system enables access to resources, it would be foolish to suggest that it will automatically lead to equal outcomes.

And yet, there is a lot to be said about the attempt to provide equality of opportunity as the first step towards true equality. Having grown up in a small council flat in a blended family that can only be described as ‘disadvantaged’, Marin’s experience resonates with my own. Had it not been for the system set up to support its most vulnerable citizens, people like us could have so easily become a different kind of statistic – and in many other countries we probably would have.

When she was sworn in as Finland's new prime minister yesterday, @marinsanna became the world's youngest prime minister—and the head of a coalition government led entirely by women. Hyvä Suomi! 🇫🇮 pic.twitter.com/HOwdy5rogV

Of course, it didn’t take long after the announcement of the five female leaders before the detractors surfaced. In a since deleted tweet, Asmo Maanselkä from the Christian Democrat party claimed that the election of Marin would lead to a ‘Spice Girls government’ – a message many condemned as sexist. Maanselkä later claimed his tweet was tongue in cheek, and that by citing the lyrics of the band’s 90’s hit song (“So tell me what you want, what you really really want..”) he only meant to criticize the Social Democrats’ “reckless economic policies”.

Glaring in their absence are of course any comparisons to boy bands in any previous male dominated governments, but perhaps that is par for the course.

As was to be expected, merit has also been under scrutiny in the public debate, with men’s equality advocates arguing that the new government is a telltale sign of a system, which cares only about gender, and ignores the actual experience and capabilities of the candidates.

Curiously enough, the very same groups now playing the gender card have been vocal proponents of the so-called ‘meritocracy’ in the past, arguing that the equal opportunities afforded by the Finnish system meant that the most capable people were automatically selected for the jobs. That is, as the tired rhetoric goes, women have just as much of an opportunity to rise up, if only they were equally capable and willing to put their hands up. None of the five women were elected as a result of a gender quota, which begs the question of how the concept of merit all of a sudden all but disappeared. 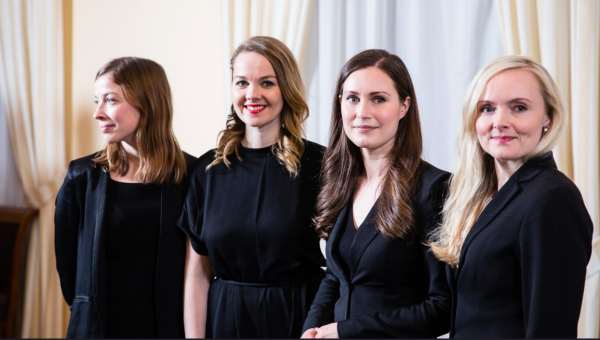 As for her young age, no one batted an eyelid when in 2011 Jyrki Katainen was elected as the prime minister at the age of 39. Young men and merit, it would appear, are a more natural fit than young women and merit – despite any evidence to the contrary.

It is also almost comical as to how quickly the supposed lack of diversity became an issue for some. While it is a bit of a stretch to suggest that the five women represent a cross-section of the society (as one tabloid did), in reality they are distinctly different in both their politics, as well as their social and cultural backgrounds.

Yes, the group of five are all white women, but Finland in general is still extremely homogenous. The country does not keep official statistics on ethnicity, but just 3.5% of the whole population is made up of foreign citizens – one of the lowest rates in the European Union.

And those afraid that men are now being left behind would do well to remember that Marin is only the third female prime minister in Finland.

Or as the Green Party MP and renowned feminist, Ville Niinistö noted: “It is extremely significant that all five parties are now led by women. This is a whole new step towards equality, and it’s important for girls in particular to see these role models. No, this does not mean that men can’t ever lead the government again. It means that women also can.”