The rise of the woman independent

Whilst it is early days, there are certainly some interesting takeouts from the surprise victory of Dr Kerryn Phelps in the recent Wentworth byelection.

The Phelps phenomenon, as well as the rise of Independent women, shows both the challenges and opportunities for women to strike and gain positions of power.

With her win, Phelps joins two other independent women in the House of Representatives: Cathy McGowan – who won her seat of Indi from Liberal Sophie Mirabella in 2013 and Rebekha Sharkie, who won the Liberal seat of Mayo in 2016.

Each of these seats was assumed to be securely in the hands of the incumbents, but strong independent women speaking to local community concerns were able to prise them away

Each of these seats was assumed to be securely in the hands of the incumbents, but strong independent women speaking to local community concerns were able to prise them away.

The evidence is that when such independents get entrenched they can be very hard to remove: often simply because their very independence enables them to focus on their constituents as well as to gain services and funding attention from Governments. 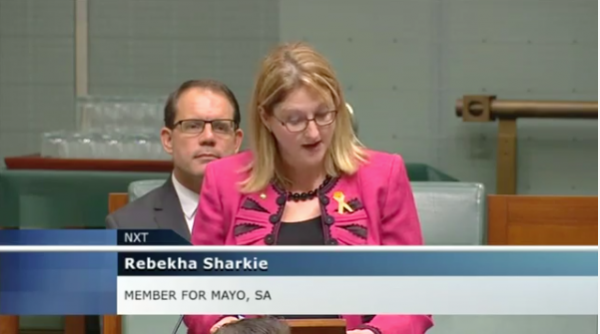 So, what are some of the important lessons from the Phelps’ win?

First, there are significant institutional supports that buttress our democracy and opportunities for independents.

Australia has had a long and proud tradition of being an innovator in designing democratic processes. Many of these factors created the critical foundations for Phelp’s win.

We were one of the first countries to introduce the secret ballot and universal suffrage: for white men this occurred in 1856 and for white women in 1902. First Nations Australians eventually received the vote following the 1962 referendum.

Australia also has what many mistakenly call ‘compulsory’ or mandatory voting – in reality, merely a civic duty to attend a polling booth. This critically means we get a much more representative spread of voter engagement and accountability than countries with optional voting where a lot depends on voter turnout at each election.

In addition, we also have preferential voting, ensuring that the voters have an influential vote down to their last preference.

And finally, whilst we have a direct representational system for the Lower House, we also enjoy a critical check and balance with an Upper House of review, elected by proportional representation.

Second, these institutional forces also nudge and assist voting towards the centre, where sensible policy can be developed by politicians who more genuinely reflect the plurality of the voter base.

Some argue that the rise of independents is a hallmark of the collapse of the two-party system that has characterised Australian politics since Menzies. But the actual facts give a more nuanced and arguably more important picture.

Together McGowan, Sharkie and Phelps now constitute 50% of the independent vote

Together McGowan, Sharkie and Phelps now constitute 50% of the independent vote: funnily representative of the community. For the major parties this this has been an area of some substantial discussion, especially during the #metoo era.

There is also talk of Victorian MP, Julia Banks running as an Independent – hers was the seat that allowed Malcolm Turnbull to form government in 2016. And most recently, we now even have the prospect of Jane Caro considering running for the seat of Warringah, currently held by former PM, Tony Abbott. 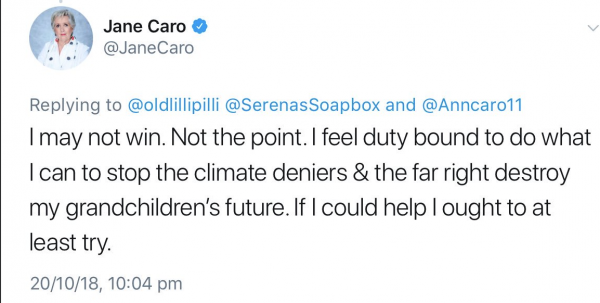 However, when you look at the representation of women in Parliament, it’s clearly a more profound problem for the right of centre mainstream parties. Across the whole Parliament the basic numbers are as follows: Labor – Reps and Senators – 42 out of a total of 95 (or 44;  Liberal – 18 out of 84 (21%); and National – 3 out of 18 (14%).

We all recall that when the Abbott government was elected Julie Bishop was the only woman in Cabinet, but even under PM Turnbull women representation in the conservative side of politics remained a challenging adventure. The Liberals also have an ongoing yet unvoiced problem over internal bullying of women politicians, only really exposed after the most recent leadership putsch.

The challenges for the larger parties to ensure appropriate female representation, especially when they are often given marginal or difficult seats to contest and protect, provides one of the very opportunities for women independents to rise through the ranks. Another is clearly the failure of national politics over the last decade to manage critical policy and future proofing reforms.

Phelps used all of her advocacy skills, including her role as a doctor, to promote her focus on climate change. It is a critical priority for McGowan and Sharkie too.

And as we also saw, Phelps ran strongly on the agenda of the LBGTQIA community, which is not only a critical marker for their freedom and also broader human rights, but an inchoate sign that she may well be concerned about the boundaries of the state and individual freedoms, erring on the side of those weaker, more vulnerable and with less power in this dynamic.

Such issues will only grow in importance in years to come, providing leading women regardless of what sector they come from, core issues for engaging with their local communities. In addition, because of their substantial professional and life experiences, they will hopefully bring a greater level of maturity and empathy with which we may gain better quality policy outcomes.

Finally, whilst politics is an enterprise of flux and ever changing circumstances, changes we see now beg the question of our business communities and leaders. How are they genuinely reforming? Yes, there is progress, but there are many areas where women find themselves not just on the fringe, but with very limited leverage or power.

The rise of more women independents, and more women in Parliament, will hopefully be an increasing trend and will also encourage many women to consider how to build the skills and experience to pursue higher office, politically, community and in business.