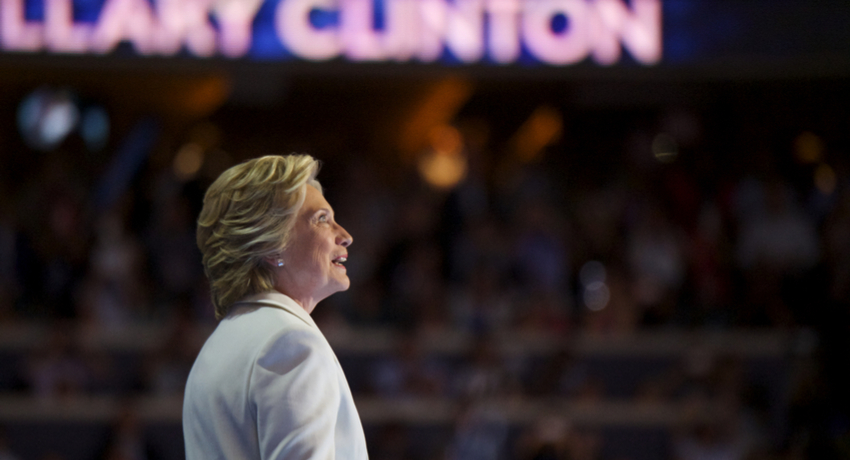 It was certainly a more reflective and human Hillary Clinton witnessed on her recent tour of Australia and New Zealand. Resilience is self-evidently one of her greatest strengths and core messages. Clinton may well have lost the presidency, but her fightback and continued engagement in public life demonstrates a remarkable lack of bitterness and power of spirit.

And ironically, her greatest campaign is yet to come.

Unencumbered by the restraints of office, she is now free to campaign against patriarchy and misogyny on a global level, and be a role-model for girls and women in the US and across the world.

She may have lost a battle, but she knows she has a war to wage. And for reasons of politics and global culture, this war seems to be increasingly more important. It’s hard to perceive a time that women’s rights are more threatened than ever; most fundamentally in the casualisation of work and ongoing pay discrimination, but equally in the backlash against simple moves for reforms such as quotas, a non-contentious issue till recent years.

In the progress of human history, whilst the arc is towards greater freedoms, it can never be assumed or taken for granted.

‘Human Rights are Women’s Rights, and Women’s Rights are Human Rights – for once and for all!’ is one of Clinton’s most famous lines from the 90s, and received great prominence and cheers at her presentations. But the harsh reality is that today human rights and women’s rights face some of their greatest challenges, including significant pushback across the globe. In the progress of human history, whilst the arc is towards greater freedoms, it can never be assumed or taken for granted. 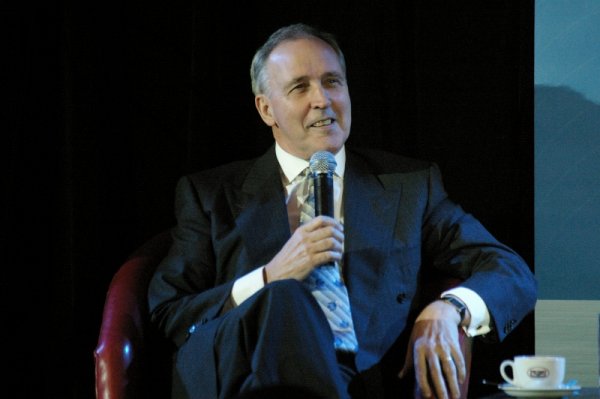 The surprise victory of Donald Trump as President in 2016 certainly begs many questions about the way he will change global realpolitik and social mores in these formative years of the 21st Century, and at the weigh station of America’s decline in leadership, economic power and moral authority.

It will take a while before we see how the “pussy grabbing” culture Trump represents will affect our community. Still, there are already some discernable consequences – just consider the rise of the so called “incel” movement given a degree of legitimacy by populist philosophers such as Jordan Peterson, claiming male violence could be subdued if women weren’t so bolshie.

In other words: It’s not angry men with guns that kill people, it’s women not giving respect and sex.

In other words: It’s not angry men with guns that kill people, it’s women not giving respect and sex.

The manifest concerns and fears around Trump and, to borrow author and philosopher Aldous Huxley, the loss of decency in civic culture, has begun to precipitate its own response – the powerful energy driving women today, as they regroup around core feminist ideas on male power. How else to view the phenomenon of #MeToo?

Had the #MeToo movement actually existed in 2016, would Trump have withstood such a campaign of grassroots activism and new power?

Had the #MeToo movement existed in 2016, would Trump have withstood such a campaign of new power?

Whilst it may have seemed fashionable in recent decades for many women to say “I’m not a feminist”, many younger women seem sheltered from the hard experiences and battles fought by older generations for the freedoms they seem to take so lightly.

Without blaming modern women, its fair to observe that freedoms taken for granted today remain at risk and can be readily lost without solidarity and commitment. After all, the #MeToo movement seems to be a digital recognition of this, a deployment of so called social media as a modern tool of connectivity. How substantial such tools are in combatting evident pay discrimination and other fundamental issues of equality remain to be seen.

The evidence continues to justify Clinton’s belief that she faced a “perfect storm” of forces that undermined her campaign, from foreign interference to the funding by the Mercer family billionaires of Trump’s svengali Bannon, and the work of Cambridge Analytica that targeted digital fake news to key voter constituencies.

And then there was the role of their “useful idiot” to quote Lenin, the fundamentally destructive gadfly campaign of Bernie Sanders, who was never a serious prospect and was not even a Democrat.

Finally, there was a media obsessed by an alleged “email” scandal that had fundamentally no foundation, as opposed to investigating the under the radar campaign to compromise the Presidential campaign. Journalism’s great organising principle used to be ‘follow the money’, yet by 2016 it seemed to simply be, ‘follow the most outlandish and egregious statement of the day’.

The level of Hillary bashing during the campaign and since is highly reminiscent of the misogyny directed at Australia’s first woman PM, Julia Gillard. And there are many mainstream pundits who find it easier to simply blame Hillary herself for her loss than consider the mote in their own eye.

It’s both cheap and easy to focus on Clinton herself, but this fundamental victim blaming absolves other key organs of democracy

It’s both cheap and easy to focus on Clinton herself, but this fundamental victim blaming absolves other key organs of democracy, from the fourth estate to national security pillars to voters themselves from any self-reflection.

Another factor also needs to be considered: how did women turn their backs on the opportunity of electing such a well-qualified woman to the presidency? Many argued they wouldn’t vote for her “simply because she is a woman” – but that was never the proposition.

Clinton’s expertise put her in category way beyond that of Trump, but with the media and everyone else being stuck on the line “because she’s a woman” there was never any genuine discussion of the merits of the respective candidates. If anyone played the ‘woman card’ it was Trump and his cohort, to devastating effect.

In her book Hillary recounts that women approached her after her loss to extend their apologies for not getting out to vote.

She writes: “You didn’t vote? How could you not vote? You abdicated your responsibility as a citizen at the worst possible time! And now you want me to make you feel better?” Of course, I didn’t say any of that….”

I am sure many of us wish she had.

Late capitalism is delivering an unprecedented state of atomisation and individual self-obsession. This poses risks for mass-based movements for social change, including campaigns humanists need to wage to ensure hard won freedoms aren’t stolen back by power systems under threat.

‘Angry’ women seem to have been feared from time immemorial – just check your local Bible, Koran or Talmud.

Unfortunately, it seems today there is no more dangerous thing then angry white males insecure about their loss of power and status

Unfortunately, it seems today there is no more dangerous thing than angry white males insecure about their loss of power and status. During the presidential campaign Clinton became a lightning rod for such emotional forces.

Hopefully her loss will galvanise all those who continue to support women’s and human rights. I suspect till her last breath Clinton will be at the vanguard of this newly urgent campaign. I doubt she will go quietly into that long dark night.