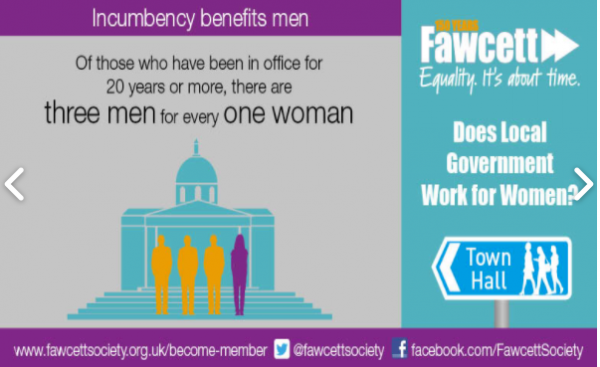 The report finds that while the proportion of women in Parliament has improved steadily (from a low base) by 10 percentage points in the last 10 years, only a third of councillors in England are women, a figure that has scarcely changed over the last two decades.

At this rate of progress, it will be 48 years before the UK achieves a local political class that represents the gender-balance of its community.

At this rate of progress, it will be 48 years before the UK achieves a local political class that represents the gender-balance of its community in English county councils. Even fewer women progress to lead their councils. Councils do not reflect the diversity of our society, with disabled and ethnic minority women experience multiple discrimination.

The report highlights that just four percent of local councils in England have a formal maternity, paternity or parental leave policy in place for councillors. As a result, while women councillors are no less ambitious to progress than men, they feel pigeonholed on the basis of their gender, and held back by the way councils operate.

Just 4% of local councils in England have a formal maternity, paternity or parental leave policy in place for councillors.

The Commission has found that women face multiple barriers to entering and progressing in local government.

Firstly, there is a lack of flexibility in the role of councillor which works against women. In addition to the widespread lack of parental leave, help with the costs of childcare is patchy, with some councils not offering any support at all. It is not possible for local councils to use technology for councillors to attend meetings remotely, which creates additional barriers for women, particularly those with caring responsibilities.

Secondly, there are significant cultural barriers. Sexism is worryingly commonplace in local government with almost four in ten female councillors having experienced sexist comments from within their own party, and a third from their council colleagues. Women also reported finding it difficult to access informal networks where decision making may take place.

Thirdly, there is an issue with incumbency and lack of ‘churn’ in councillor roles. Eighty percent of council seats go to incumbents at each election, making it very difficult for women and minority groups to break through. Research suggests men tend to remain in their roles for longer – of those councillors serving for 20 years or more, three in four are men.

Fourthly, there are barriers to senior political leadership. Women comprise 30 percent of cabinet members overall – but many of these are in councils where there already is a woman leader. Nine councils still have all-male cabinets. Just one in seven Finance or Economic Development roles (which, rightly or wrongly are often regarded as a typical route to the Leader role) are held by women.

The report is the result of a year-long, cross party survey drawing on evidence from hundreds of councillors across England and Wales, and argues that local governments must modernise to be fit for purpose in the 21st century. 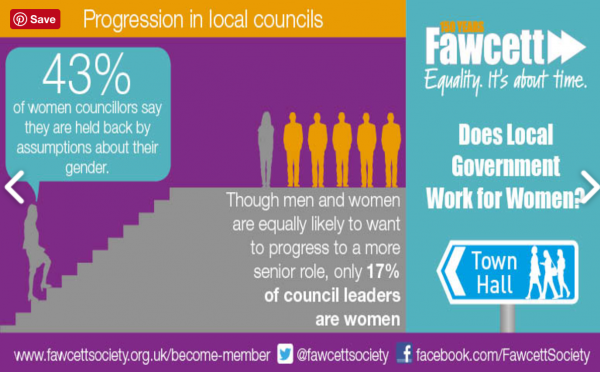 Drawing on existing work and evidence from many sources including interviews with some of these leaders, this report makes a wide range of recommendations that would bring more women into local government and help them to play a full role at all levels. If implemented they will begin to make local government work for women. Just a few of them include:

The 2017 July Fawcett Report Does local government work for women? is available to download from the Fawcett Society’s website. And you can read a blog by one of the Report authors, Sam Smethers, here as she outlines how the one year investigation reaped significantly worse results than the research team had anticipated. 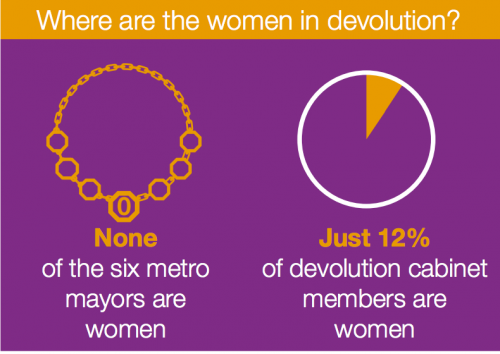