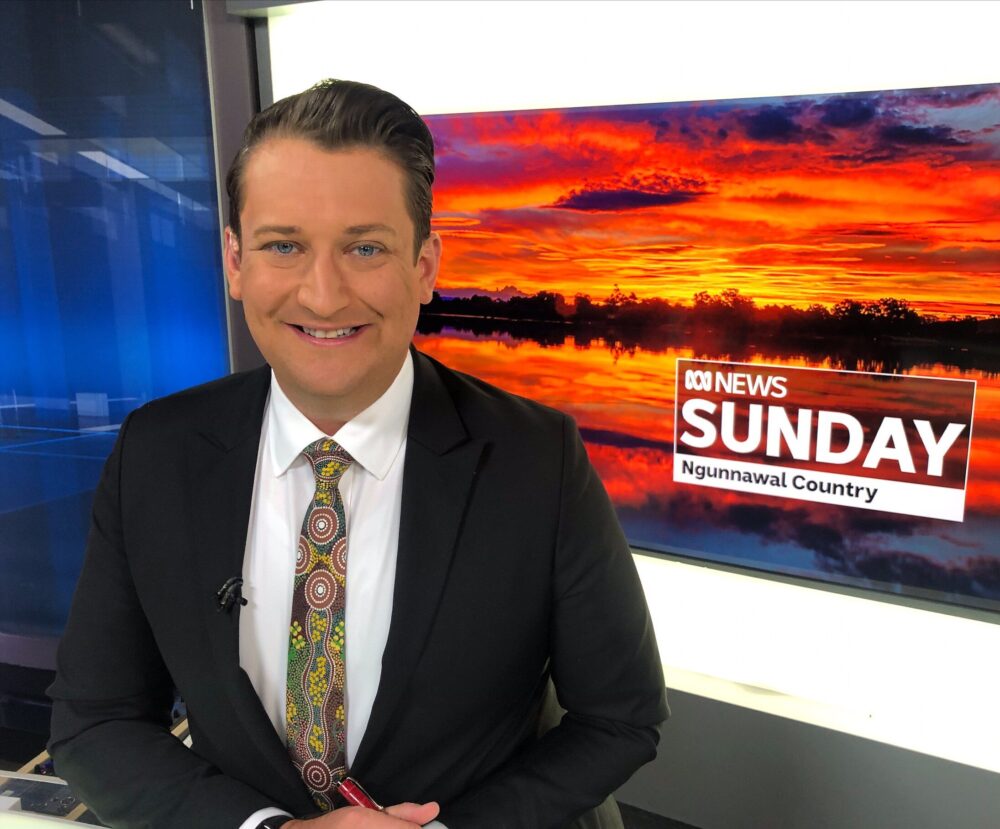 No women involved? You can count me out. My great Auntie Rita grew up in an Australia where being Aboriginal, with dark features, saw her dismissed, degraded, and all but shut out of society.

My beloved late Aunt told me that growing up in country Victoria in the 1940s and 50s, she had to learn to fight at school because of the level of bullying she faced. She ate her lunch in toilet cubicles by herself, to avoid the taunts from other students. 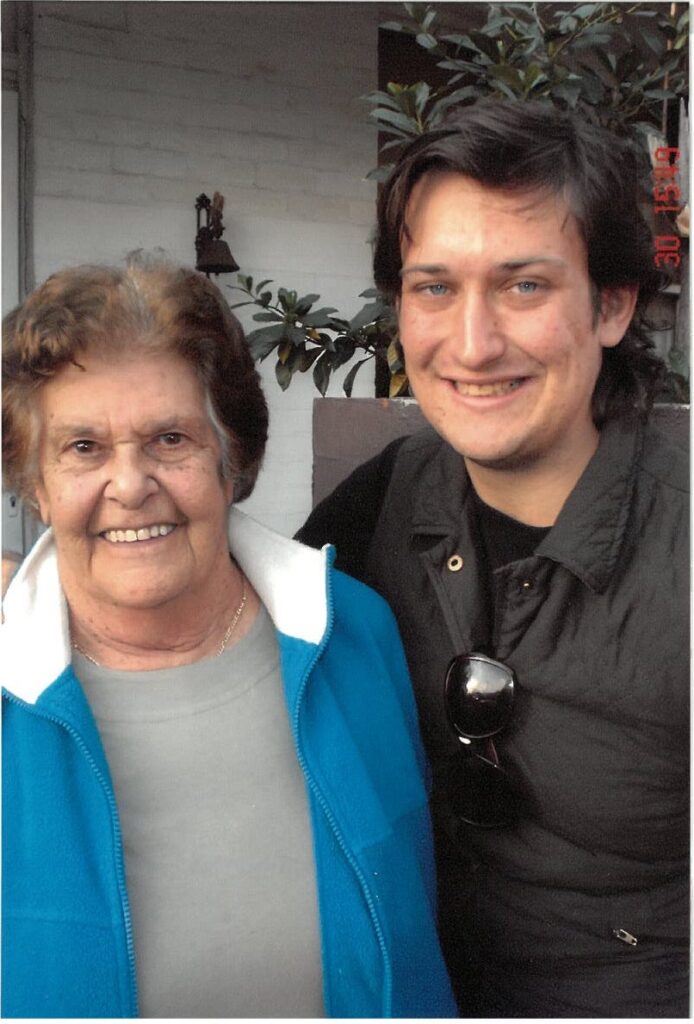 Dan with his Aunted Rita circa 2008/09. Picture: Supplied

Getting a job was just as hard. Auntie Rita was forced to say she was Indian, in order to be shown some respect, and get a job.

On top of that, Auntie Rita told me being a woman made life even harder in the workplace, as it was trying to find somewhere to live. She told me of being turned away from rental properties she wanted to inspect, because she didn’t have a man to chaperone her.

Given all of this – which is only a snapshot of some of what she faced – you could understand if Auntie Rita felt resentful to her country, and those who bullied, harassed, or dismissed her.

In fact, she was positive, even optimistic, with a killer sense of humour. She told me that she was encouraged by the enormous change she had seen – in recognition and respect of First Nations Australians. But she added there was much more still to be done.

And when I asked her about how she didn’t hold on to the anger about how she was treated – in her typically pragmatic way, she pointed to me. She told me that the fact I had the opportunity to share people’s stories and talk about big issues, spoke to the changes in Australia. She believed my generation was where there would be the greatest change.

Auntie Rita faced the worst kind of exclusion throughout her life – it’s why she encouraged me to always think about inclusion.

Inclusion is something I think about every day.

As ABC Canberra’s 7pm Newsreader, a senior ABC presenter, and non-executive director on a number of boards, I am often asked to speak to groups, facilitate panels and discussions, and host events.

These are fantastic opportunities – particularly when I am helping to navigate through tough or confronting issues or topics – with respect and care.

When I’m asked to speak or host, I have Auntie Rita’s calls for inclusion ringing in my ears.

That’s what drove me to take a stand.

I won’t host any panel discussions or events that don’t include women. I just don’t agree with it and won’t be a part of it.

(And I certainly won’t agree to sit on panels, as a guest or panelist, that don’t have women on them either.) 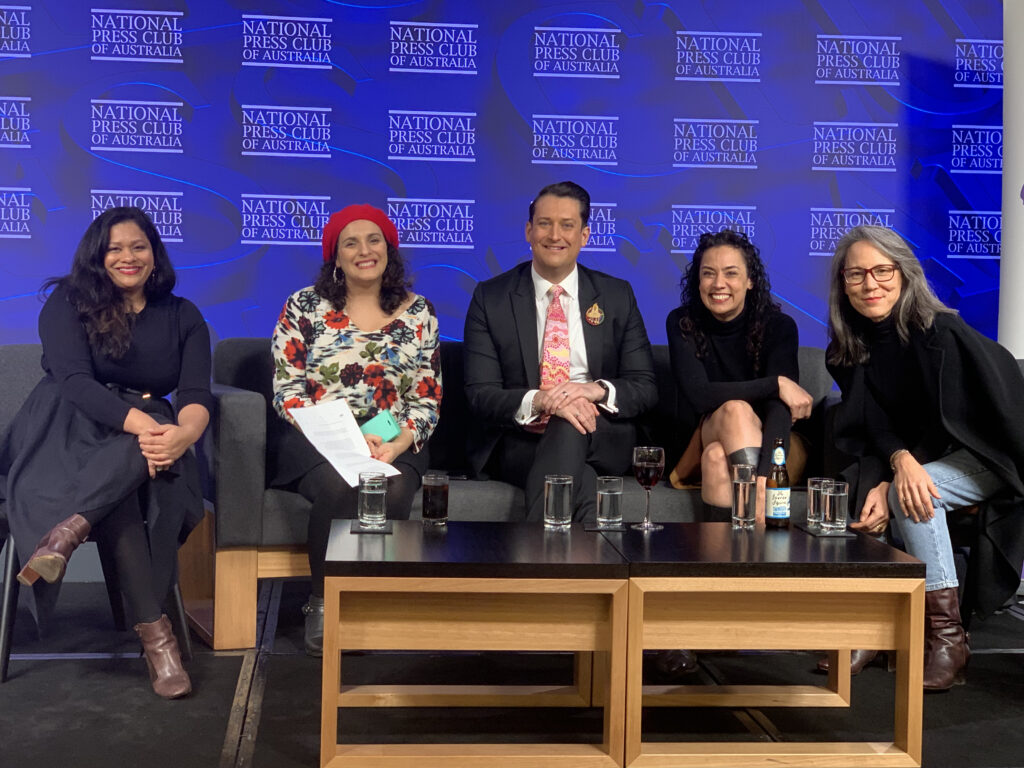 This may seem relatively simple. But it’s seen me walk away from leading high-profile discussions and events. It’s the first question my manager asks when approached for me to host or be involved in events.

For me it’s simple – I have a public profile and have a platform when I speak. And to me, it’s important that I use that profile and platform to make a point about diversity and inclusion. And I call on anyone with some kind of platform to do the same.

At the start, I didn’t know if it was having any impact, other than anecdotal comments from event organisers and those sitting on panels. But after a number of years of doing it, I know it makes event organisers stop and think, and it definitely cuts through with the audience.

Ngunnawal Elder here in Canberra, Auntie Caroline Hughes wrote after one event I hosted: “What a wonderful ambassador for our people you are Dan! Well done.”

This feedback is so heartening. It’s not what drives me – shifting the conversation is!

Conversation is the change maker

I was recently asked to host a panel about communicating with Indigenous Australians.

Before my manager could ask his first question, he was told it was a panel of all women, and most of them Indigenous.

Danika Davis is a writer and editor, and was part of that panel. She later wrote to me: “The audience came away feeling informed and empowered to improve their work with First Nations communications, which is the best result we could hope for.”

I agree. It’s all about listening and changing our perspectives. Feedback from others in the crowd centred on the importance of the diverse lived experience and perspectives.

There are significant challenges when it comes to the media, bore out in the 2020 Media Diversity Australia report: Who Gets To Tell Australian Stories.

The report was confronting, but not surprising. It spoke to structural, systemic, and cultural issues.

I’ve recently been doing a lot of backfill hosting on ABC News Channel from my home in Canberra – to help ease the pressure on colleagues in Melbourne and Sydney, while we were all in lockdown.

I’ve been fortunate to work with a fantastic team, who I work closely with to get a range of views and perspectives on air.

In writing this article, I asked about the breakdown of talent – those that we picked to discuss specific topics – over September and October, while I’ve been backfilling the Afternoons show.

I was thrilled to see women making up 58% of guests in September, and 52% in October.

I’m proud of the different perspectives that I’ve helped to bring to air – but know that I, and all media leaders, have much, much more work to do.

There is also much to consider about building trust with communities that have lost trust in the media because of what’s happened in the past.

The task for all media companies, is to look at their diversity on air, and ask themselves if it reflects the country they are communicating to.

I’ve saved this for last, because I want to leave you with a sense the importance of language.

In 2019, ABC Canberra colleagues and I embarked on a series of conversation with Canberra’s Ngunnawal Elders, through the United Ngunnawal Elders Council, and the Australian Institute of Aboriginal and Torres Strait Islander Studies. 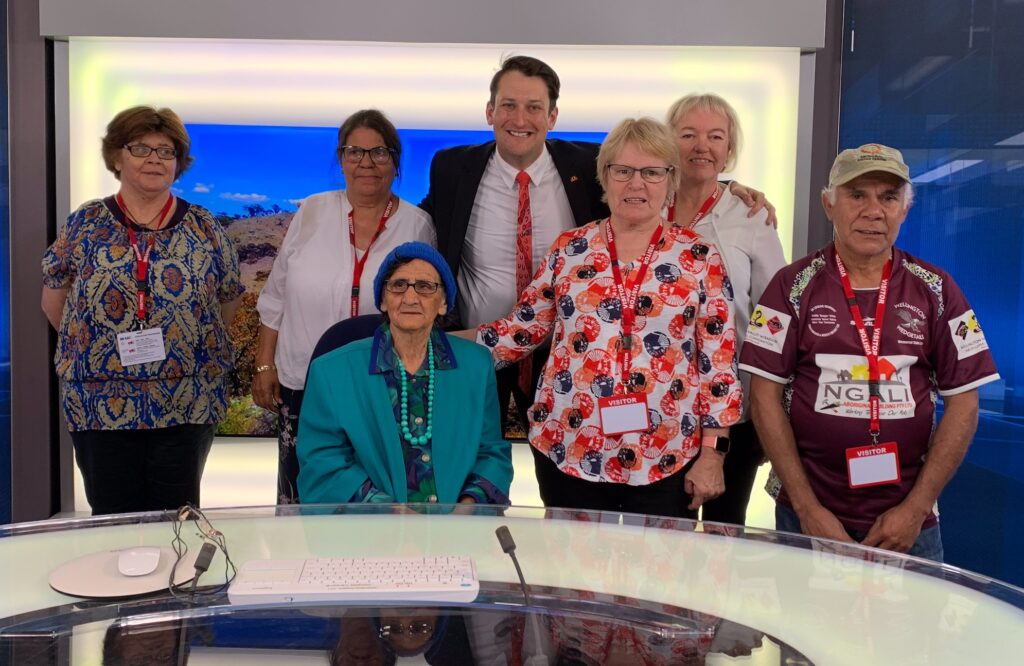 We wanted to explore options to build greater relationships with Elders and the Ngunnawal community, while seeing if there were appropriate acknowledgements to their heritage and story across ABC Canberra.

It began with Ngunnawal Elders, welcoming listeners across ABC Radio Canberra programs, in their language and English.

That grew to be an acknowledgement behind me as I read the 7pm News each night – where I begin and end the bulletin by using Ngunnawal language – ‘yuma’ means hello and ‘yarra’ means goodbye.

For the first broadcast, we invited the United Ngunnawal Elders Council into the studio to see and hear it.

There were tears from Elders, as they told me they never expected to see and hear their language on the news.

And the Elders have told me they love hearing Canberrans using their language – and say it’s what will help to preserve and protect the language for future generations.

Acknowledgements like this have now spread far and wide across the ABC – with different approaches in different cities after discussions with the local Elders.

I’m so proud to be part of the team to lead this work.

Recently Channel 10 presenter, Narelda Jacobs began using her Noongar language from her country, on air, and pointed to our work as the inspiration to do this on her network.

And the more it happens, the more we will see and hear of language and culture on air – that’s something I’m really proud of.

Dan Bourchier is multi-award winning, multi-platform journalist with the ABC, where he anchors ABC Canberra’s flagship 7pm news. Dan has Indigenous heritage. He has reported across the country and around the world for more than 20 years.