The goal of gender equality is far from reached in Australia, so what next? In this timely and excellent 3-part series exclusive to BroadAgenda Ramona Vijeyarasa, the lead scholar behind the Gender Legislative Index, examines the potential for gender-responsive legislation to correct the discrimination and inequality facing women.

As Prof Vijeyarasa highlights, too often Australian law does not respond to key differences in the needs of men and women. As a result, gender discrimination is in fact frequently embedded in the law, or the law fails to correct it.

The world is over a century away from gender parity at the current rate of progress. While there are wide differences between countries on the levels of equality achieved between men and women, certain countries stand out as role models. Iceland, Norway, Finland and Sweden are among world leaders when it comes to good practice on gender equality.

Australia, sadly, is not one of these best performers. There are only 10 countries in the world where citizens are richer than Australians. Yet the gender gap suffered by Australian woman compared to females around the world is wider than in 43 other countries. In 2020, Australia ranked 44th on the Global Gender Gap Index – just behind Laos. This represents a drop in ranking for Australia from 15th in 2006, reflecting a dire need to ensure Australia’s response to gender inequality heads the country in the right direction.

As the first in a three-part series, this article seeks to explore the ways in which the laws that shape women’s everyday lives can be improved in order to play a stronger role in the fight for equality. At the same time, by looking at the example of Australia’s paid parental leave scheme, we see that the solutions are complex. Laws needs to be drafted carefully if they are to challenge stereotypes about men’s and women’s responsibilities and create new norms. Part 2 in this series discusses the Equal Opportunity for Women in the Workplace Amendment Act and the difference it has made and can continue to make in reducing the gender-gap.

Part 3 explores the need to have better data linked to legislation. This is essential to ensure enacted laws can actually achieve their stated goal and for legislators and civil society to be bale to evaluate the effects of laws on our societies. The risks of legislating “for women” without understanding the problem is illustrated through an analysis of the so-called “Modern Slavery Act”.

A decades-long struggle for equality in Australia

Back in the 1980s Australia was a model for gender discrimination. Australia was one of eight nations key to drafting the Universal Declaration of Human Rights. Australia’s own Elizabeth Evatt, first Chief Justice of the Family Court, was one of the first members (1984-1992) of the Committee on the Elimination of Discrimination against Women, chairing the Committee for two years (1989-1990). A real mark of honour was the leadership shown by the Australian federal government when it introduced the world’s first women’s budget statement in 1984, with detailed budget statements continuing until 1993.

Almost 40 years after Australia ratified the Convention on the Elimination of All Forms of Discrimination against Women (CEDAW) in 1983, Australian women are better off. Yet we are far from where we need to be. 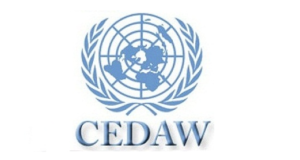 Much energy is invested by civil society and the academia in Australia into understanding why this is the case. What explains the gap between CEDAW, often called the “Women’s Convention” and the other truly extraordinary blueprint developed back in 1995, the Beijing Declaration and Platform for Action, and the current state of play in Australia? My research demonstrates that part of the problem lies with the failure to properly translate these international commitments into the laws that shape women’s everyday lives.

…. the law too often reinforces the status quo, or at worse … embeds inequality and discrimination

Rather than correct discrimination, the law often does not respond to key differences in the needs of men and women. Instead, the law too often reinforces the status quo, or at worse, actually legislates in a way that embeds inequality and discrimination. Indeed, on a global scale, an estimated 2.5 billion women and girls live in countries with at least one discriminatory law on the books.

Yet the law regulates almost every aspect of our lives. Half a century ago, we witnessed a socio-legal shift in views about the need to send both boys and girls to school – although in some countries, there is obviously still a long way to go. In more recent times, the law has helped to promote social and cultural equality for same-sex couples. The law can and should play a much more fundamental role to help us get to a more gender-equal society.

A gender index to measure the law’s effectiveness

I make this case as the chief designer of the Gender Legislative Index, a legally-based index designed to assess the gender-responsiveness of individual laws. The index was initially piloted on 97 laws from the Philippines, Sri Lanka and Indonesia, across seven areas of law: gender-based violence, family law, labour law, reproductive health, personal income tax and taxes on goods, and the mining industry. In the last round of evaluations, we have added to the database 37 Australian federal laws.

The Index’s foundation is the Convention on the Elimination of All Forms of Discrimination against Women (CEDAW). The CEDAW Committee has long called for laws and policies to be enacted to promote women’s rights, equality and non-discrimination and for such discriminatory laws and policies to be repealed. Under the Gender Legislative Index, countries are effectively evaluated for their success in this goal. Individual laws are evaluated against seven questions derived from CEDAW’s 37 General Recommendations and independent evaluators make a determination about the law, using benchmarks also based on international women’s rights law.

Seven questions form the basis of each legal evaluation in the Index. These too are derived from a detailed evaluation of international standards, in this case, an analysis of the 37 General Recommendations issued by the CEDAW Committee from 1986-2018 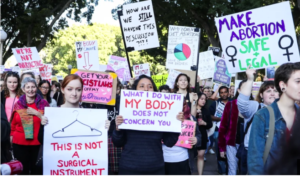 From gender-regressive to gender-responsive legislation

A look at Australian legislation shows that progress is being made. We can see this in Australian women’s lived experiences. While not a federal law, in New South Wales, the Abortion Law Reform Act 2019 (Act) commenced on 2 October 2019 and took us from a gender-regressive approach where accessing an abortion was criminalised, to one that guarantees legal access for women to choose to terminate a pregnancy up to 22 weeks gestation, with provisions allowing for termination beyond this period under certain circumstances. South Australia and Western Australia, shortly after, also took steps in the right direction.

While only a small sample, one of the laws that stand out the most in the Gender Legislative Index is Australia’s introduction of a Paid Parental Leave Scheme in 2011. This reform took place after years of criticism directed at the Australian Government for its reservation to the requirement in CEDAW to provide paid maternity leave and promote an equal sharing of responsibilities (see here and here).

The very welcomed introduction of the Paid Parental Leave scheme has helped broaden the body of Australia’s gender-responsive laws. At the same time, it has been the subject of many justifiable concerns over the past decade.  The legal system continues to slowly improve: one such amendment introduced in January 2020 will see more women employed casually, seasonally or with breaks in employment access paid parental leave.

However, as the Gender Legislative Index reveals, the law itself embeds a distinction between primary carers (usually mothers) and secondary carers (usually fathers). Further work – legal and socio-cultural – is needed to dismantle this historical distinction if we are to really shift social practices around care responsibilities at home, accommodate a greater diversity of family structures and push for truly flexible work places.

In the next part of this series, I offer up what I consider the quintessential gender-responsive law: the Workplace Gender Equality Act (2012), which resulted from 2012 amendments to the Equal Opportunity for Women in the Workplace Act (1999).  I also highlight some of the complexities, especially when it comes to issues like shared parenting after separation as promoted through a series of Family Law Amendments that nonetheless have implications for women living in violent and abusive relationships.

Finding solutions to a grave problem

There is much talk of disruption in women’s rights advocacy. There are many places where a complete overhaul of the system is needed – the heightened visibility in recent times of the extent of sexual harassment facing women at work is perhaps an unnecessary reminder of the need for such disruption.

Yet, at times the solution may lie within the systems we already have. There are many examples, both in Australian law and global good practice, that shine the light on the law’s potential in advancing women’s rights and women’s interests. With these good practices in mind, this is an opportune moment to revisit that call for women-centred legislation. This is essential to ensure that we do not slip any further back from where we want to be.

Ramona Vijeyarasa is the chief investigator behind the Gender Legislative Index. She is a scholar in the Faculty of Law at the University of Technology Sydney and the 2020 Women’s Leadership Institute Australia (WLIA) Research Fellow. This research has been made possible, in part, thanks to WLIA, as well as the UTS Centre for Social Justice and Inclusion Social Impact Grant 2020.