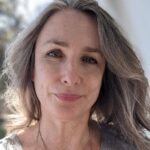 Content notification: This post contains discussion of and examples of online abuse and commentary some people might find offensive. It is published here in the interest of genuinely and openly discussing ideas and thoughts about what we, as a community, consider abusive and/or sexist on social media platforms.

While draft anti-troll legislation by the current Australian Federal Government is intended to magically change the nature of global social media and protect those who are relentlessly bullied online  – with a cursory nod to women and children being the greatest victims of this abuse – the details are yet to be explained. On the surface of it, it appears more like a mental blip, than a comprehensive stab at halting harmful cyberhate and misinformation on the platforms.

What about users who troll from a VPN? What level of abuse will be deemed severe enough for the Government to step up and step in? How many cases does it expect to prosecute and to what level? How will it force a global behemoth such as the likes of Facebook to gather and then share the necessary personal information?

In the meantime, Facebook has its own measures to prevent trolling. Users can be reported by other users and Facebook’s algorithms or human moderators will assess the post and step in with a user ban: 12 hours, 24 hours, 3 days, 7 days, 30 days, depending on the number of misdemeanours.

But how does this work? Facebook does not release details of its criteria for assessment. What we do know is that many platforms outsource their moderation offshore where barely trained and often very young people are dealing with our complaints.

I have always been one who finds bullying, injustice and casual cruelty hard to walk away from, in person, and online. For example, I’m sometimes active with the Australian branch of the #iamhere movement, a group of volunteers who work on Facebook to take “action to disrupt those who are spreading hate on the Internet.”

This work largely consists of the group focussing energies on particular public posts from MSM where hate is flourishing in the comment sections, and correcting the record by sharing actual facts about the content (such as in the case of vaccine or climate denial) and offering affirmative comments to offer space for those who are the subject of attack (for example in stories about domestic violence, transgender and sexuality issues). We get to see a great deal of human ugliness in this work. But we keep it polite and factual and it’s good to feel supported.

However when free range, I’m a little more feisty. I’m sure if I just put up and shut up, posted nice pictures of my dinner, my cats, chooks, sewing and a few suggestive cleavage shots, of course, I wouldn’t get myself into social media trouble.

But I’m in the fray and I don’t apologise for this – consequently I’m frequently in the Facebook slammer. In the interests of honesty, I’m also sometimes a smidge sarcastic. Recently, for example, I received a 30-day incarceration, which means no commenting, liking, or sharing, though I can still read posts and use Messenger.

The Guardian had shared an article about Harry Styles’ new makeup range, with a picture of the gorgeous, sexually playful, gender non-conforming pop star and non-binary role model in full frockage. One commenter suggested that Harry and those like him be conscripted to the military. My response was: “really? why? to ‘make a man of him’? who made a man of you, pussycat? Was it nasty, or… fun?”

Gretchen Miller says hate is flourishing in comment sections online. But somehow she always ends up in the Facebook slammer for seemingly mild commentary.

I am uncertain as to whether I was jailed for calling a man “pussycat,” or for the phrase “make a man of him”. Pussycat is a term of affection, something my father used to call me, and sure, I wasn’t feeling much affection for the commenter, nonetheless it’s no more offensive than love, sweetheart, or darling.

As for the proposal that beautifully creative and fey people like Harry Styles should be subjected to the military, known for its brutality towards those who don’t fit in, well that is quite clearly menacing.

My teen is nonbinary and I’m acutely aware that banally hideous comments like this, floating in a relentless sea of hatred and contempt, causes genuine damage to young people looking for role models. I wanted to make space for anyone reading the comments who might feel threatened, but heaven forbid, I, as a woman, should challenge this bloke. Thus, 30 days, in the slammer for ‘bullying’.

Previously I have received 30 days for (light heartedly) describing my beloved cat as a female dog for scratching the furniture. I got another 30 for expressing horror that a Northern Beaches Sydney Christian school had a ‘rate my wife’ sexual education program for its teen boys, that categorised girls according to their church-going, virginity and other Christian values.

In discussing this on my own private page with a friend, a mother of a daughter, I, as a mother of a son, wasn’t polite about the entitlement of the Christian mindset and wrote to her: “yeah. I can’t imagine having a daughter and knowing this stuff goes on. Makes one feel very impotent and powerless. But we’re not. The girls pushed back hard on this, thankfully. Don’t know how the boys responded but it seems ‘build a bitch’ does observe some kind of response to the cardboard cutout being designed here. Stupid flipping Christians.”

Bam. More time behind bars. Apparently, that was hate speech. I’m not sure which element, however saw the door close and the key thrown away: the comment about Christians or the direct quote from the students who described this practice as ‘build a bitch,” which I pulled from a mainstream newspaper,

Meanwhile, a quick informal survey of friends and contacts and I gathered the comments below, all reported by women, all perfectly peachy as far as Facebook was concerned. Let’s take a real Facebook that I’ll give the pseudomyn “Random Specialist Mens’ Interest Group” (or RSMIG). In reality, it’s a misleading front for overt misogyny. The comments below were all made in public spaces. I’ve just changed the names. From Brian: “Kate, we are all aware that you are a member of the female “rape” club.” And, to Margaret, Brian was equally charming: “Sweety, you are not staying the night… We are not going to have sex… What part of “no means no” do you not understand? I am not into rough violent sex and rape like you are … So you are not staying for breakfast and I am not cooking you waffles… We should have pics of the outside of your house soon!! Hunny Bun.”

Facebook and RSMIG was fine with Dave sweetly suggesting of a woman that her punishment should include: “remove her priviges, send HER to jail, 2-3 time what he got. Castrate her. EDIT: also, remover her clitoris. And boobs as well. Fyi, false claims that Destroys ppls lives, make my blood boil so much”  (grammar and spelling are word for word).

Darren was apparently well within his rights when he wrote: “Trans people aren’t real humans, and should be put down like that retarded guinea pigs.” And Frank was also good to go with: “That kind of talk will bring about a level of hostility that these fantasy dwellers aren’t even remotely prepared for. If they aren’t careful, men might just show them what they wanna see… and then they’ll know just how patient and nice we’ve really been the whole time. … If they keep it up they will force men to retaliate and they will land right back where they were a century ago. They have no idea what masculine wrath even is. Yet.”

My question here is: Who gets banned and for what? To what extent is gender bias coming into play here? Like so much of life, these comments indicate we are swimming in such a sea of misogyny, that we we barely blink at it. And it’s clear to me that society’s offline prejudices – that women aren’t trustworthy, aren’t able to equally voice their opinions and take up space – are being applied liberally online.

We certainly know that women face more abuse online. But perhaps they face more censorship too.

So what happens next? You can appeal a banning, and a bot will review the request. If that is unsuccessful it is possible to request further adjudication, which you won’t necessarily get: few of these requests reach an actual human.

I have asked Facebook executives in Australia who the company employs to review these requests, the nature of their training and whether it reflects contemporary secular values.

The impacts of this silencing are not minor. These bannings happened when we were in Covid lockdown and many of us were profoundly isolated. I use Facebook for sharing life stories and life stories aren’t necessarily clean and tidy.

Sometimes they are about childhood reactions “boys are gross” and sometimes they are about politics: “Christian schools shouldn’t mandate the objectification of women and to do so is stupid” (truth in defence). The language I use is that of the every day, and drawn from mainstream media. None of my comments advocated violence against men. None of them threatened doxing, a violent uprising, or accused anyone of rape.

So I am left with more questions than I had to start. I’m wondering how the LNP legislation can possibly deal with the complexity of these engagements. But also wondering how Facebook will greet what appears to be an unworkable proposal. But more deeply, what kind of user Facebook really wants. What is best for the bottom line – fostering social good or fomenting hate?

What kind of user does Facebook seek, exactly? I don’t have a good feeling about the answers. Not at all.

is an environmental and climate communications consultant, specialising in podcasting. She has just completed a PhD at UNSW and is a former ABC RN documentary producer.