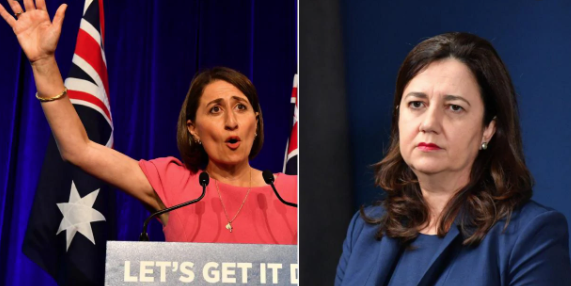 Women in Leadership – we’ve got it licked! (yeah right!)

Not long ago this wasn’t possible. Premiers of the nation’s three most populous states dominate the screen– two of them women. Confident and commanding, on prime-time TV, telling this week’s Q&A audience how to stay calm and trust the nation’s political leadership.

Imagery is a powerful weapon in shaping perceptions around gender equality. And it’s being deployed right now around the world with powerful force: Jacinda Ardern propped up on her couch in trackies and sweats, her toddler asleep, while she chats to the nation on Facebook; Angela Merkel pushing a trolley through the supermarket. 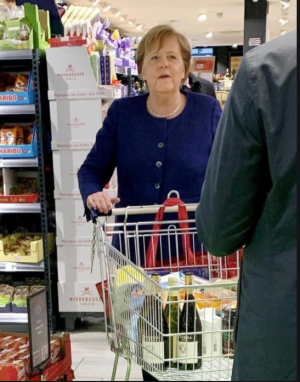 We know most of the nations led by women – New Zealand, Germany, Iceland, Norway, Denmark, Finland, Taiwan – are faring better in the coronavirus stakes than others.

Among the 180 countries controlled by men it’s those noisy, belligerent, strongmen doing worst – the US, Russia, Brazil. Others who choose to hide problems behind obscuring veils – including their women – such as Iran and Afghanistan, well it’s anyone’s guess what havoc the virus is causing there.

Back home, there’s something even more fascinating playing out in our daily media around women and leadership. Its having a powerful impact on our perceptions and assumptions about the progress women have made – or not.

It seeps out in unguarded moments, such as when I’m invited to do a webinar on ‘gender equality’ by a large organisation and asked by the organisers to not talk too much “about women”.

The assumption being that women are somehow all sorted in the equity stakes.

Sometimes, in the blink of early morning glare, I believe that too. And early this week I was sucked into one of those weird ‘all fixed’ moments, when I glanced across the news headlines.

While I hate to see any woman lose a position of power, no matter who she is, Jackie Trad’s demise as Queensland’s Deputy Premier brought a frisson of feminist smile to my face.

I don’t know Trad and have no knowledge of why she quit Annastacia Palaszczuk’s cabinet on the weekend, nor the reported Labor party factional bullying. But, I was chuffed to hear that old, party curmudgeon Richo refer to her as “the most powerful machine politician” in her state and a force to be “reckoned with.”

For an unthinking moment, as I read the names associated with Trad’s story, I thought this represented feminist progress. Trad’s boss, the Premier, is female. The ‘charge’ of wrongdoing is over the handling of a school Principal – another female. The Regional Director attended – another female. Trad’s resignation as both Deputy and Treasurer has elevated a junior Minister – another female.

Flip the news page, and there is Gladys Berejiklian and her Chief Health Officer – both woman. It gets even better. The NSW Opposition Leader is also female. Same in Queensland – both leaders women.

Gosh, soon we’ll be like Finland, where the prime minister is a new mum, who happens to govern with a coalition of five political parties – all headed by women.

To quote Australia’s proudest practitioner of misogyny, it seems “Women are running the joint!” (I can only hope retirement shuts him up). 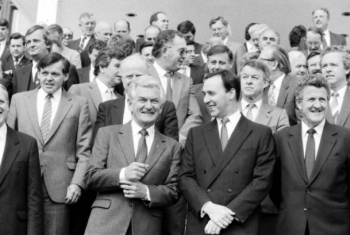 When I first set foot in a newsroom in the late 1980’s this seemed impossible. Back then the morning’s political press clippings were a wallpaper of men. Only 5 percent of Queensland MP’s were women and 2 percent of the NSW lower house. In my home state of Victoria, it was 10 percent. In the federal parliament just 6 percent.

Now, three decades later, the larger states and federal parliaments hover around 30 percent. Only Tassie and the Territories have smashed the political gender barriers.

Back in the 80’s we didn’t talk about ‘women in leadership’. Because there really weren’t any. Joan Kirner and Carmen Lawrence were short term anomalies. While in the little hub of Canberra Rosemary Follett was breaking through as the first woman to head a government, although the rest of the nation wasn’t watching.

Back then I dreamt of a time I’d open a newspaper or present the ABC news bulletin when women were a natural and unremarkable fixture in leadership, a normal part of the political roll call.

The day Julia Gillard was sworn in by the Governor General, Dame Quentin Bryce (goodness it was raining women back then!), Kristina Kennelly arrived to speak at a Sydney school and was met by an excited gaggle of girls, one of whom reportedly called out, “Miss, Miss, women are in charge everywhere!”.

Funny isn’t it how we see one or two women, and we think we’re witnessing a battalion. Suddenly, they seem to be coming at us from every angle! And that’s the problem. A couple on the telly, a few on the high court, one or two in the boardroom, or in the conference line-up, and we think we’ve got this gender problem licked.

But while looks and even headlines may be deceptive the data is not. The actual numbers of women cutting through is nowhere near what the media dazzle of a bit of colour and difference might suggest.

Photo: National Cabinet meets in Canberra for COVID-19 discussions, May 2020

Australia is in fact consistently falling backwards on every major global gender equality marker. In 2006 Australia ranked 15 in the world according to the World Economic Forum. This year we sit at 44 on the Global Gender Gap index, behind Laos, Bolivia, Jamaica and Poland. Our political empowerment has dropped to a lousy 57. What’s worse, as a damning report by PerCapita recently highlighted, Australia is one of the very few developed nations that does not set any national targets for gender equality. Clever hey? We won’t fix what we refuse to see or count!

But there is something even more sinister here. As we cheer women winning parliamentary positions, we continue to ignore the grubby truth that the political workplace has not changed a jot. Women MP’s know this. Mother’s most of all.

Queensland Labor MP Anika Wells, who is pregnant with twins, wonders why working women accept “a system that was built in the industrial revolution.” Wells admits she is no “Robinson Crusoe” when it comes to juggling toddlers and political life. That’s true. But perhaps exhausted former jugglers such as Kate Ellis or Kelly O’Dwyer could fill her in on the ‘Robinson reality’.

This column was also published in the Canberra Times