There has been one story dominating the news this week: the very public humiliation of Gladys Berejiklian. Imagine for a moment what it must be like to have your guarded privacy stripped bare, to have phone calls played, conversations relayed, your relationship with a cad picked apart – thread by thread – by the state’s anti-corruption body. What an absolute horror show.

Few media outlets had been following the inquiry into Berejiklian’s erstwhile lover – the former politician Daryl Maguire who has admitted to using his public office to make money. 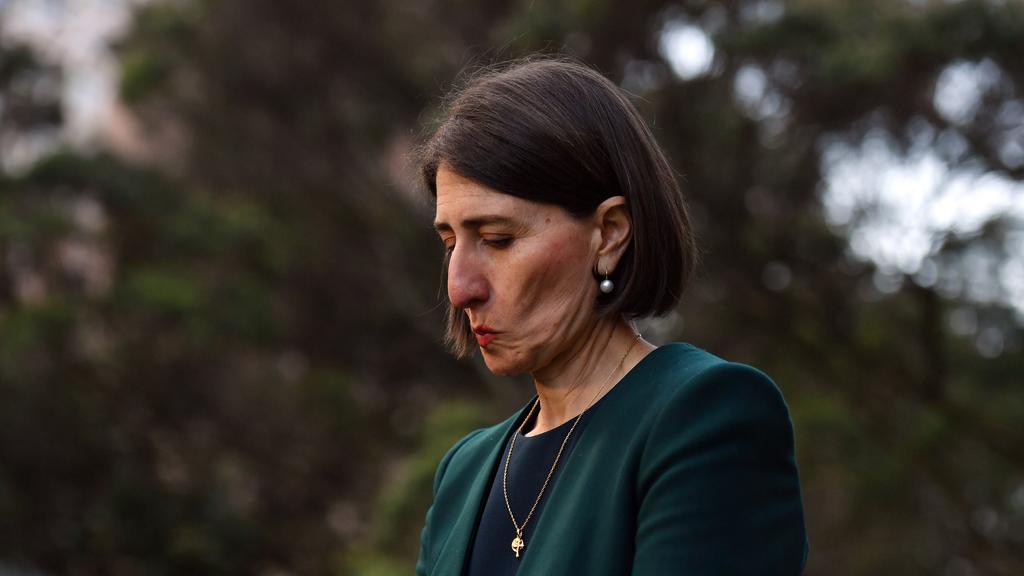 That was until Monday, when the witness list for the week was published and all hell broke loose. Our Gladys. The capable confident Gladys who guided NSW with a steady hand through fires and pestilence. “St Gladys – former patron saint of smart spinsters”, as Virginia Haussegger wrote in BroadAgenda.

Why do smart, intelligent, capable women get attracted to me who are, well, sub-optimal?

Over the ditch, two other smart and accomplished women will find out on Saturday who will be the next Prime Minister of New Zealand – the incumbent Jacinda Ardern or the contender Judith Collins.

“There are clear echoes of the former British prime minister Margaret Thatcher — the so-called Iron Lady — in Collins’s approach. She presents herself as a potential prime minister who would be tough, in command, in control, brooking neither dissent nor failure.” 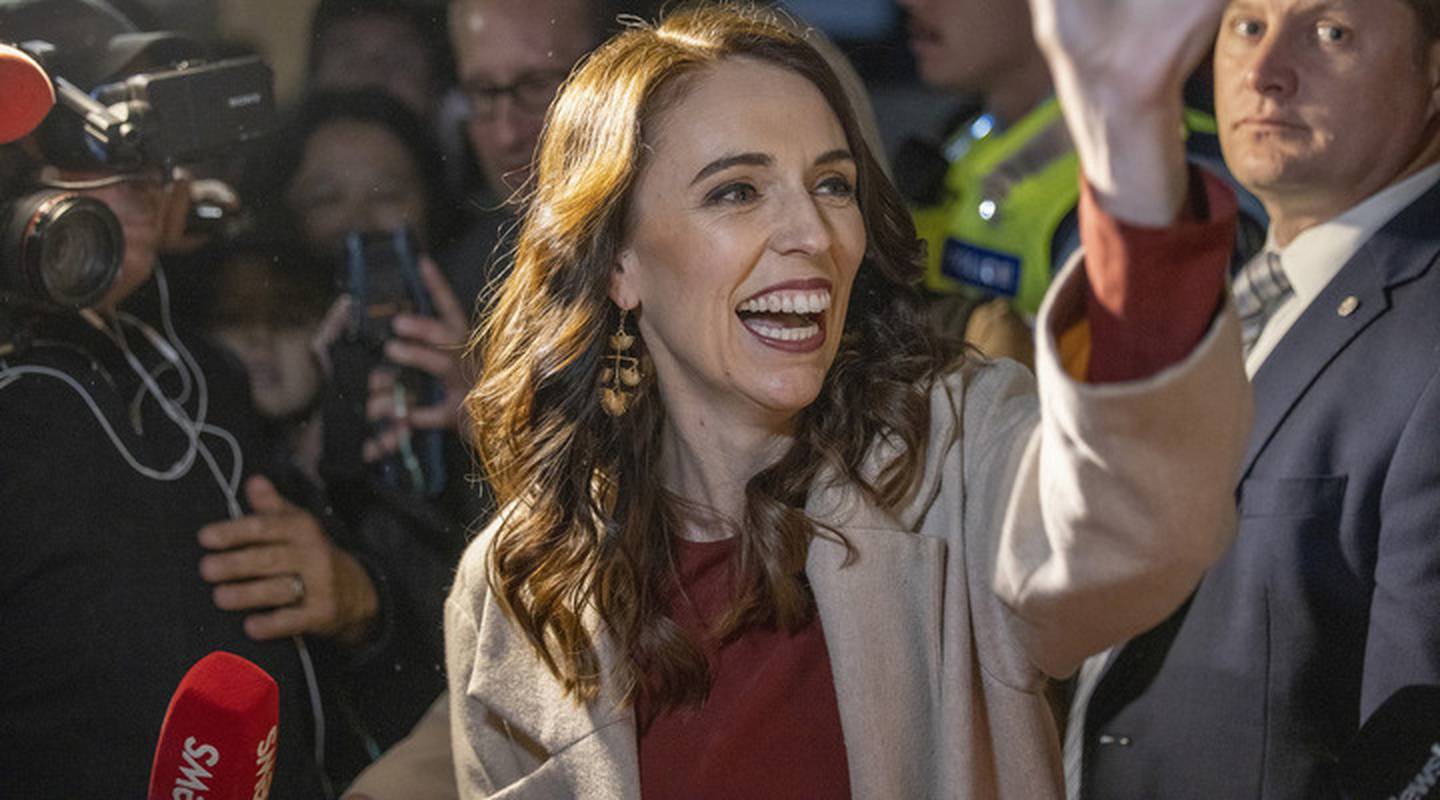 Kamala Harris, Joe Biden’s running mate for the US Presidential election, has what can only be described as a quadruple bind – the double bind amplified by the blight of racism.

President Trump disparaged Kamala Harris as “totally unlikable” and a “communist.” Then, twice, he called her “this monster”.

“The morning after Senator Kamala Harris became the first woman of colour to [stand on the] debate stage as a member of a major party’s ticket, President Trump disparaged her as “totally unlikable” and a “communist.” Then, twice, he called her “this monster”, The New York Times reported.

The “dehumanising language [was] extraordinary even by Mr Trump’s own standards”, the article noted.
It said that a top Google search around that time had been – echoing the birther conspiracy Trump promoted about Barack Obama – whether she had been born in the US.

“She was, in California. But the interest in that question … spoke to how differently she was being treated than the white vice-presidential nominees who came before her.”

Also, in the US Amy Coney Barrett, President Trump’s nominee to replace Ruth Bader Ginsberg on the Supreme Court, is also being asked a question that would never be directed to a man.

“Republican senators, one after another, marvelled at a role that doesn’t appear on her résumé: mother of seven. They described her mothering as “tireless” and “remarkable,” clear evidence that she was a “superstar.” Senator Josh Hawley asked her for parenting advice.” 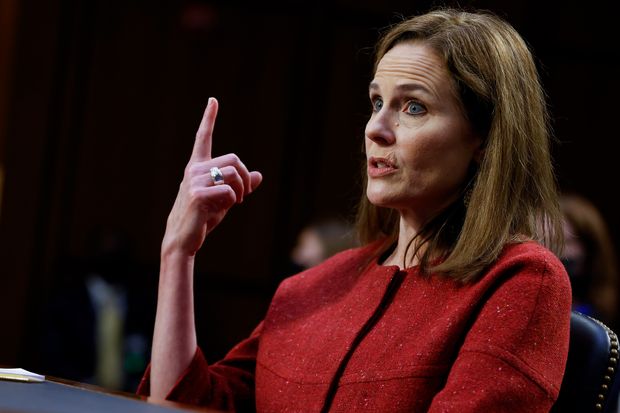 Conservatives have marvelled at Amy Conan Barrett’s ability to bear children and have a career.

It’s another double bind. As the article went on to explain: “For American women in public office, being a mother has become a powerful but tricky credential. A woman who is professionally successful and ambitious is often seen as threatening or off-putting, researchers have found in multiple surveys of voters, but being a mother tempers that. It makes women seem warm and relatable — and suggests they can relate to voters’ lives, too.”

No man has EVER had to explain his parenting style, or how he juggles school drop-offs and piano lessons with his amazing career.

No man has EVER had to explain his parenting style, or how he juggles school drop-offs and piano lessons with his amazing career. Surely it is time to move on.

Speaking of successful women, an article in The Conversation argues that there is no evidence whatsoever that women who adopt male strategies – boldness, charisma, extraversion – in the workplace get ahead any faster.

A fixation on fixing women — without proof it pays off — steers resources away from anti-discrimination initiatives that could actually make a difference.

But not all women are successful – or even employed. The Guardian profiled Deborah Jacobs who “has tried everything to stay out of unemployment”.

“And yet, at 63, Jacobs finds herself languishing on unemployment and in poverty – discarded by an economy that refuses to make room for older women.”

It’s a shocking statistic and one that governments are being implored to address. But as we all know, the federal budget on October 6 failed miserably to take women – especially women like Deborah Jacobs – into account.

Writing in the Canberra Times and BroadAgenda, 50/50 Foundation co-directors Trish Bergin and Kim Rubenstein had this to say: “What is lacking most of all is women’s voices in the upper reaches of government and within the echo chamber of corporate opinion that provides the comforting voice of agreement and confirmation that the world is as it was – male-centred and tone deaf.”