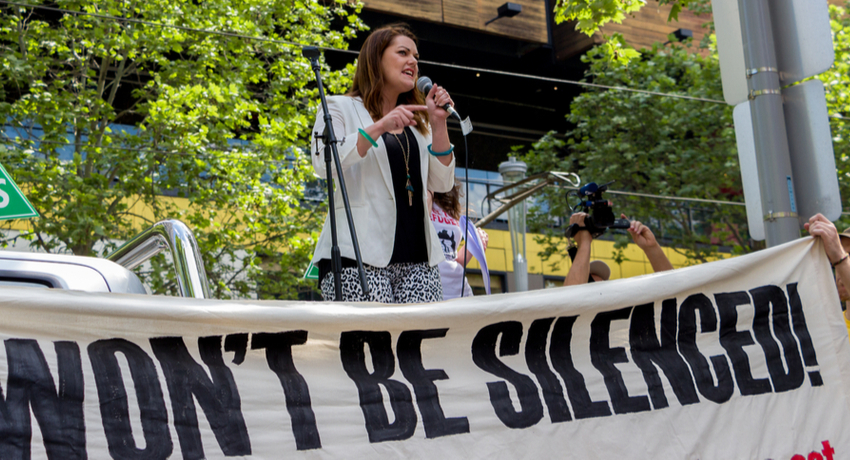 Since the watershed moment of Prime Minister Julia Gillard’s sexism and misogyny speech in 2012, the Australian public has benefited from a much franker debate about the reality of women’s experiences in Parliament House in Canberra. Sexism and misogyny were a ‘normal’ part of the political landscape for women before the speech, of course. It’s just that media outlets were less likely to consider these stories ‘news worthy’, and (the fewer) women who were in politics were told that sexist behaviour was simply the ‘cost of doing politics’.

“One man called my office and said that if I didn’t stop demanding an apology from Leyonhjelm, he and his mates would come and rape me. Another threatened to rape my daughter.”

A worthy contribution to this franker debate is Greens Senator Sarah Hanson-Young’s 2018 essay En Garde, published by Melbourne University Press. Hanson-Young paints a sombre picture of her life in the Australian Senate, in which she is constantly subjected to “sexist slurs and innuendo … [directed at her from] both inside and outside parliament”. The essay represents her conscious decision to expose these incidents of bullying, intimidation and sexual harassment, including the much-publicised episode with Liberal Democrat Senator David Leyonhjelm, in the hope of instigating change.

‘She’s so fat, she’d be lucky to get one of those filthy refugees she wants to bring into the country to sleep with her.’ ‘Face it, you are a slut. No one is trying to shame you because sluts like you have no shame.’

So you get the picture. Gross, sexist and highly abusive. One man called my office and said that if I didn’t stop demanding an apology from Leyonhjelm, he and his mates would come and rape me. Another threatened to rape my daughter.

This level of sexism and misogyny is of course not an exclusive feature of the Australian political scene. Around the world, the increasing presence of women in politics has brought with it an increase in violence against those women. A 2016 global survey from the Inter-Parliamentary Union found that 81.8% of the responding women parliamentarians had suffered some form of psychological violence, including 44.4% who said they had received threats of death, rape, beatings or abduction during their parliamentary term. 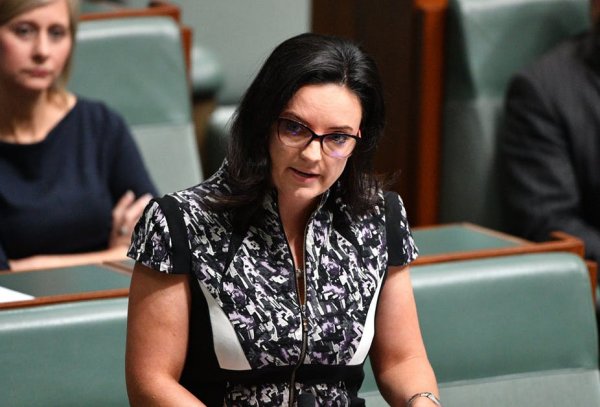 In 2018, Labor MP Emma Husar decided to quit politics based on the slut-shaming she experienced throughout her short tenure

Such is the phenomenon that United Nations General Assembly Resolution A/73/148(17 December 2018) now explicitly puts the onus on legislative authorities and political parties to adopt specific measures stating zero tolerance for violence against women in politics.

In essence, sexism and misogyny are tools to keep in check the more ‘normal’ – masculine – image of political leadership. For the misogynist, the more women there are in politics, the greater the threat to his traditional understanding of decision-making.

The misogynist subconsciously – or worse, consciously – is of the fundamental view that white, heterosexual, economically privileged men should make all decisions, on behalf of all people, potentially on the basis of conversations with others – but mainly other white, heterosexual, economically privileged men. These conversations might include some ‘rough and tumble’ banter and references to sport, but everyone knows that it’s all just fun and games and they can leave the arena as friends.

When women also become decision-makers, this worldview is challenged. Again, for the misogynist, the easiest way to return things to normal – to control the image and narrative of a ‘normal’ political leader – is to discredit and delegitimise those women.

Sexists and misogynists have made an art form of shaming women in politics. In Sarah Hanson-Young’s case, it is clearly by shaming her as a ‘slut’, but curiously, also as a mother. Hanson-Young describes an episode in the Senate when she brought her daughter – then, just a toddler – into the chamber for a vote on an important bill, out of necessity. The vitriol to which she was subjected seemed completely disproportionate to the actual infringement. While the Senate has now changed its rules, at the time, ‘strangers’ were not allowed on the floor of the chamber.

Violence against women in politics – which includes the hurling of sexist slurs and derogatory stereotypes, as well as the death and rape threats – is fuelled by sexism and misogyny

Violence against women in politics – which includes the hurling of sexist slurs and derogatory stereotypes, as well as the death and rape threats – is fuelled by sexism and misogyny.  It is rationalised by the misogynist because it is a means to an end, perpetrated as a means of restoring the natural male order. “If you can’t handle this, you’re not cut out for this job, love.”

Again, the 2016 IPU report found that over 60% of those who had been subjected to sexist behaviour and/or violence believed those acts had been intended primarily to dissuade them and their female colleagues from continuing in politics.

There are similar strains in the discussion on ‘merit’ and the under-representation of women in politics, particularly among conservative politicians. When men subconsciously or consciously ignore the significant barriers that exist to women’s entry in the political arena – whether they are financial, cultural, or political – they are, in the words of Cheryl Kernot, “rationalising their own disproportionate power”. 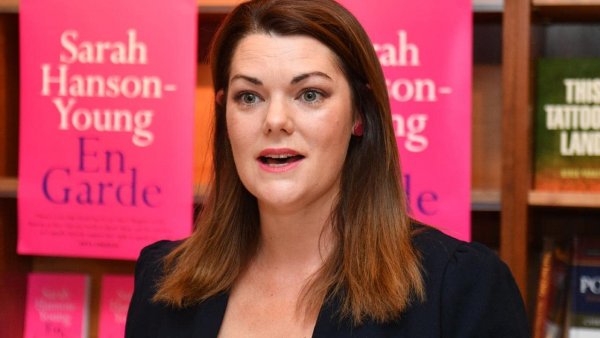 For all the universality of sexism and misogyny, En Garde paints a particularly dark picture of sexism in Australian politics. And there is increasing evidence that there is something profoundly concerning about Australian attitudes to women in politics. The 50/50 by 2030 Foundation’s report From Girls to Men: Social Attitudes to Gender Equality in Australia notes that “comparative findings from the Eurobarometer suggest that politics in Australia is perceived to be much more sexist than in Europe”.

One of the most troubling statistics in this report is the percentage of young men, born between 1980 and 1994, who spend longer than average amounts of time gaming, and have traditional views on gender equality. Over 62% of young men were likely to agree with statements such as ‘women prefer to stay at home with young children’ and ‘women are best suited to be the primary carer of children’.

Perhaps it is time to start questioning why women are still such a threat to men in power. Is it because women may change the way politics is done? (I personally think it will take more than 50% women in parliament to do that!) Is it because women may offer up different opinions to men? (I would have thought that would contribute to better policy making.) Is it because women might engage with different, previously unheard, sectors of the community? (Again, shouldn’t those groups be entitled to a voice in a democracy?)

Or, is it because men have too much invested in their own dominance of the public sphere both financially and culturally? If it is, it’s time for that game to be up.