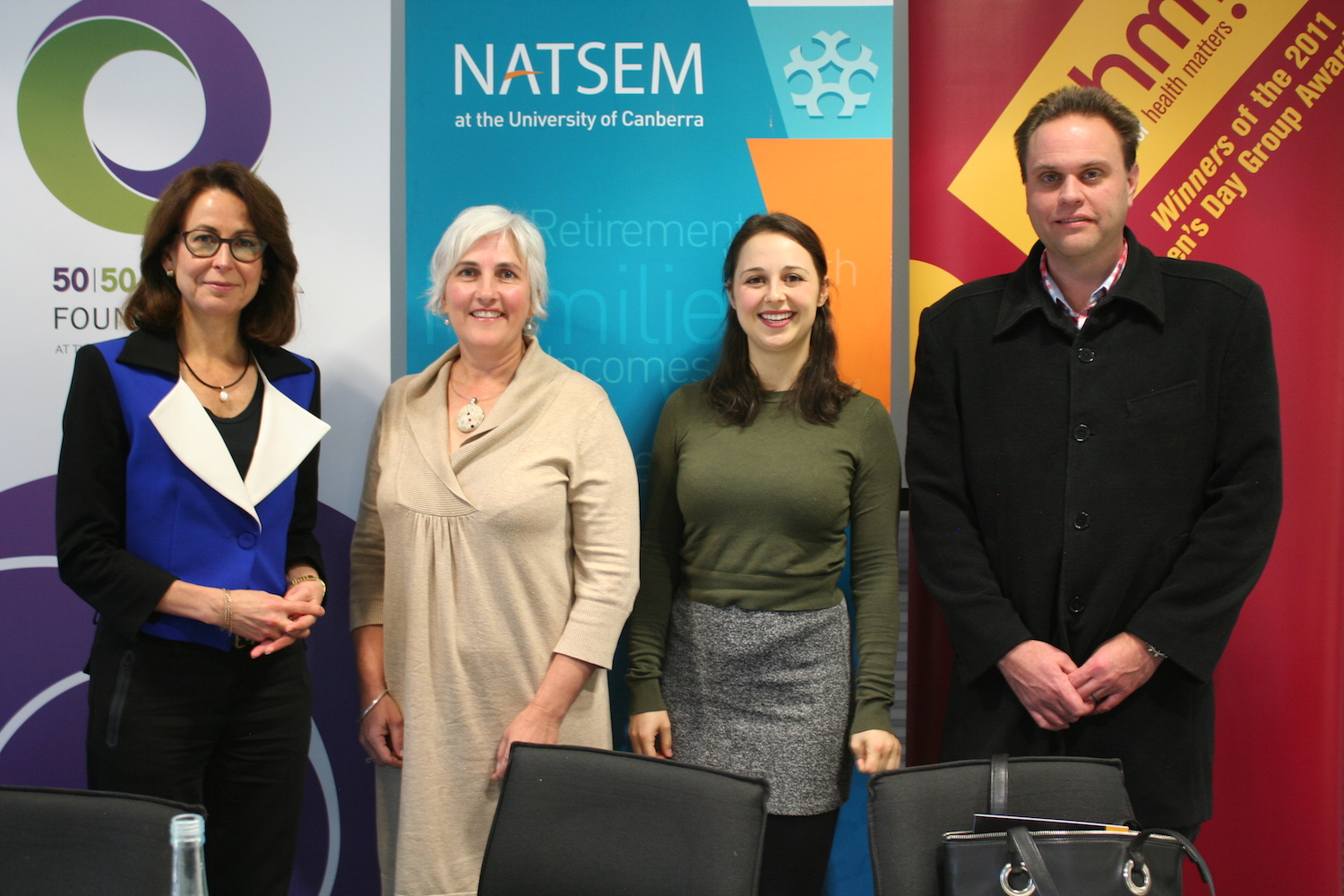 Canberra & the ‘hidden disadvantage’ among women

Gender impacts disadvantage. This was the key message when experts from different fields got together to discuss the themes arising from the newly released report ‘Hidden disadvantages among women in the ACT’. 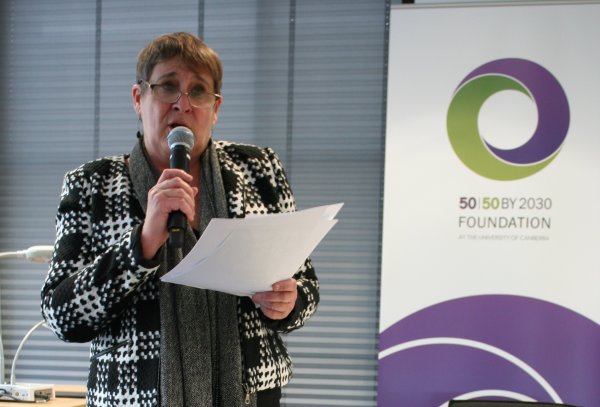 Addressing the packed audience at the University of Canberra, Marcia Williams, CEO Women’s Centre for Health Matters (WCHM) first set the scene by relaying some sobering facts about the ways in which disadvantage impacts women in the ACT. According to current data, women have a higher likelihood of experiencing poverty and low income with their subsequent impacts to health; an increased risk of homelessness; are more likely to live alone due to domestic violence; and form the majority of sole parents families. However, due to the fact that disadvantages are spread across instead of being concentrated in certain suburbs, the gender dimensions of marginalisation are often hidden and overlooked.

The gender dimensions of marginalisation are often hidden and overlooked

Noting Canberra’s public profile as a well-off city, Haussegger pointed out that while the median household and personal incomes are higher than the national averages, they don’t tell the full story. “Where the disadvantages are experienced, it’s deep disadvantage.”

Susan Helyar agreed. “There may be a smaller proportion of population who is deeply deprived and excluded because of their incomes – 9% in the ACT compared to 11% elsewhere in Australia. But if you’re one of those people in the 9%, your life isn’t any less difficult than those in the other cities. In fact, the opposite is often true.” 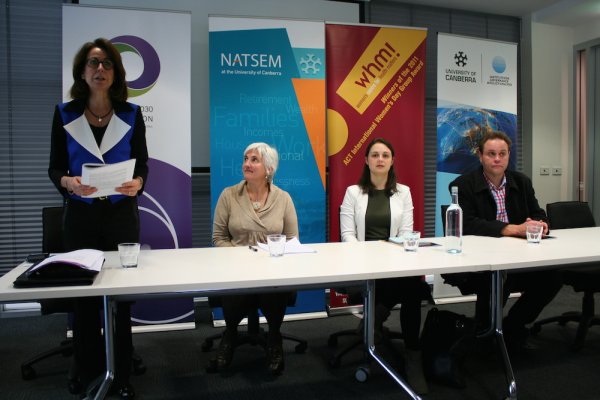 She also observed that while Canberrans generally express egalitarian values, people were often surprised to find out that a number of families live on less than $500/week. “This data is really valuable in disrupting that complacency. This work helps us to understand what we need to do to be genuinely egalitarian and livable for all people.”

If you put your head in the freezer, and your feet in the oven, your average body temperature might be fine, but you’re unlikely to be comfortable. Averages are very good at hiding things.

Matt Grudnoff similarly praised the detailed data in the report, noting in particular the problems that arise when data is reported as averages as is commonly done. “If you put your head in the freezer, and your feet in the oven, your average body temperature might be fine, but you’re unlikely to be comfortable. Averages are very good at hiding things.” 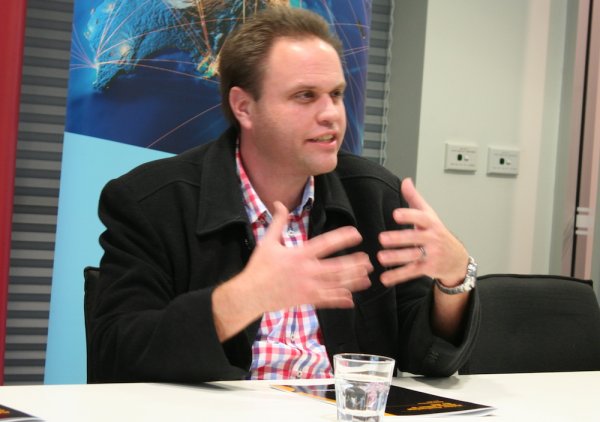 She continued: “Education is the key to breaking to poverty cycle, but at the same time, it’s expensive. Many industries expect you to have a postgraduate degree, because it’s so competitive these days. This is blocking people out, it’s leaving them behind.” The current housing situation, and in particular housing affordability, as well as the long wait lists for public housing were recognised as key problem areas. However, Helyar emphasised the value of the government’s ‘salt and pepper’ approach to public housing, arguing that it provided opportunities for people experiencing disadvantage to connect to a broader community. When probed about whether this approach might also exacerbate the differences, she underscored the role of local government. “What we would argue is that there’s a lack of focus on community development and lack of investment in local government style social infrastructure that enables fruitful diversity.”

When people say that there isn’t enough money to put towards public housing, what they’re in fact saying is that that is not a high enough priority at the moment for them

Grudnoff also had some stern words about the government’s priorities. “We’re debating whether to hand out company tax cuts and high income tax cuts. If we put just 1% of that into public housing, it would make an enormous difference. When people say that there isn’t enough money to put towards public housing, what they’re in fact saying is that that is not a high enough priority at the moment for them.” 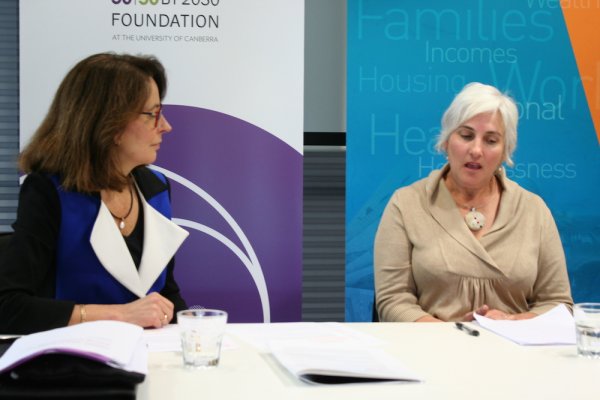 How to then turn this around? Grudnoff believes that the answer lies in the interactions with the politicians. “At the moment, politicians believe that there are votes in tax cuts. What we need to do is convince them that there’s votes in addressing public housing affordability and tackling inequality.”

There’s a lot of advocacy that focuses on white women. Australia is still inherently a white country… that’s where power is monopolised

Streeter-Jones also reminded that gender equality advocacy needs to remain diverse. “There’s a lot of advocacy that focuses on white women. Australia is still inherently a white country, I think it’s fair to say that that’s where power is monopolised, those are the voices we tend to hear. We need to give platform to people who experience inequality, or multiple layers of inequality, and create spaces for them to be heard.”

Helyard agreed. “The key is in building coalitions and partnerships. One thing I would say is that this city is ambitious. Our government has high ambitions for the community, so what we need to do is find some common ground for government and business and community groups.” 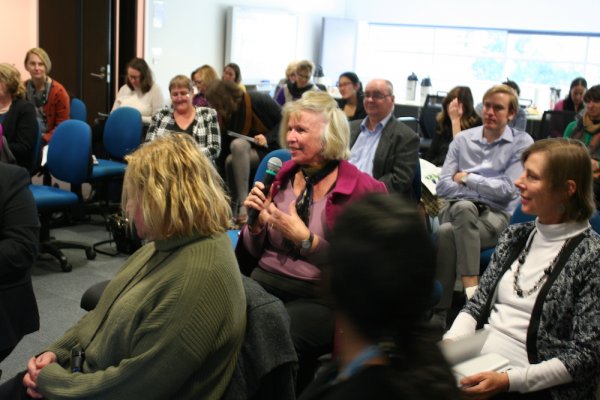 Read the full report ‘Hidden disadvantage among women in the ACT’ here.

To find out more on the gendered impacts of income tax cuts, read the report ‘Income tax cuts in 2018 Budget will largely benefit men‘ by Matt Grudnoff.