From eros to logos, Sex Party to Reason

With historian Geoffrey Blainey, Australians once feared ‘The Tyranny of Distance‘ from our colonial power – and even today any idea of an Australian Republic remains highly contested.

Then the social historian Donald Horne’s ‘The Lucky Country” helped us understand that whilst ever we were run by the mediocre in business and civic affairs, one day our luck would run out. As a country known internationally as 7/11 – 7 prime ministers in 11 years – as well as for our financial sector debacles, surely that moment has been achieved.

And today, amidst the so called ‘culture wars’, identity and self-expression seem to be the new fulcrum of conflict. In the rudimentary and black/white world of media, this is a zero sum game, where person’s identity and freedom must come at someone else’s cost.

The most contested civic space now revolves around fundamental individual freedoms – from religion to sexual identity. The current government is even trying to justify the proposal that whilst they may accept the right of gay children to receive education where they wish, gay teachers could be subject to restrictions, and potential sacking.

So what is going on regarding our simple freedoms of self-expression, and personal and sexual freedom? More crucially, what is going wrong?

We know that one of the great tools of repressive states and orders is the oppression of the self, philosophically, emotionally, and sexually. The shortest way to control the self-identity of citizens, as Orwell teaches, is to control the sensual and sexual self-expression of individuals – because this is the space in which we are the most vulnerable and as such subject to the most violent and invasive of judgments.

Equally, liberation movements of all stripes have declaimed the personal as political, and none more so than the many waves of feminists and advocates for LGBTQIA freedom.

Let’s take the recent campaign for same sex marriage for example. As Alex Greenwich and Shirlee Robinson highlight in their new book ‘Yes Yes Yes‘, the achievement of SSM was decades long, involved numerous community and individual advocates. The plebiscite, while achieving the desired goal, was done at no small cost to many individuals who were exposed needlessly to having to defend themselves for their love.

It doesn’t get more putrid then that.

Certainly, some politicians such as former Prime Minister Malcolm Turnbull laud the result, but the fact is that there was no need for the pain unnecessarily inflicted by a debauched process if our Federal representatives had simply done their job.

On another level, let’s look to the Independent Reason Party MP in Victoria, a member of the Upper House, Fiona Patten. As colourfully documented in her book ‘Sex, Drugs and the Electoral Roll‘, Patten is notorious due to her background in the sex industry, both as a one-time worker and later an advocate and then working for the sex industry lobby group Eros. She was then able to create a political party – the Sex Party – allowing her to enter Parliament somewhat off the back of a gimmick but delivering powerful social outcomes. Most recently the party has evolved again to Reason. 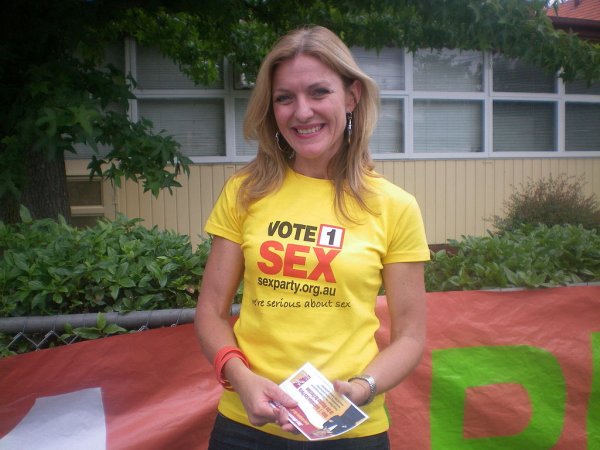 Anyone with the most limited grasp of psychoanalysis would see this as a classical and powerful marker of sublimation.

Sex sells, as the old adage goes. But despite its infinite fun, life does go on.

Patten is, however, anything but mediocre as a politician and has leveraged the universal interest in sex into a term in Parliament with significant achievements:

All this in four years.

Patten’s success is that she has the facility to create safe spaces for sensible policy development, allowing other major parties to move into policy options where they may otherwise fear both public and, more importantly, media backlash. Whether you regard Patten as a deBono-esque Provocative Operator, or a practitioner of behavioural science nudge politics, her unique modus operandi has objectively achieved more in four years than many politicians achieve in a career.

Hers is a lesson for other politician women independents: Hell has no fury like a white, privileged male scorned

As a result of her success, she has created enemies, as all change agents do. Hers is a lesson for other politician women independents: Hell has no fury like a white, privileged male scorned.

And this week as Victorians vote on 24 November, she faces being eliminated from Parliament by major financial incentives being offered by the male staffer of a Federal male Senator, Glenn Druery, COS to Senator Derryn Hinch.

Whilst the key facts are on the public record, unfortunately the media has treated this debauching of our democratic process as if it’s some kind of romance story, labeling Druery a “preference whisperer”. But when Druery demands payment and success fees from the micro parties he advises – and Patten refused to play, Druery’s preference may well tip her out – we know this is no romance.

Democracy is not a board game however, and it shouldn’t be allowed to become one. As both the needle injecting room, and the Royal Commission into Institutional Abuse so amply demonstrate, lives are at risk.

Historically people have died to secure their freedom to vote. Politicians that support financial incentives for votes shouldn’t be surprised when the public become deeply cynical. The 19th Century financier and politician Simon Cameron was reputed to have observed, “An honest politician is one who, once bought, stays bought”. We seemed to have excelled in overachieving here.

We know from US and UK politics today that reason is a fragile commodity in our civic space, and the tenor of much civil debate has lost the ability for reasoned discourse as we lurch to more extremist and emotive positions driven by passions devoid of thought and full of inflamed ignorance.

And so the journey from Eros to Reason continues.