Despite huge and seemingly compelling news events –  the Black Summer bushfires, the global pandemic and a hard-fought election campaign interest in news continues to fall.

Why are women – particularly young women – turning off from the news? The Digital News Report: Australia 2022, produced by the News & Media Research Centre at the University of Canberra, is an online survey of 2,038 adult Australians conducted in January and February this year, offers some intriguing insights into the differences between what men and women want from news media.

Furthermore, the number of people avoiding news increased markedly over the years. Now, more than two-thirds (70%) of Australian women say they avoid news. compared to 66% of men.

Women avoid news because they feel there is too much coverage on subjects like politics and coronavirus (51%) and because it has a negative impact on their mood (47%).

They are also worn out by the volume of news (34%). Too much newsroom attention going toward topics like conflict-driven party politics may be pushing women away from news altogether. These factors affect younger women more than their male counterparts.

In anticipation of publishing this article, BroadAgenda Editor Ginger Gorman threw out a tweet asking women why they were avoiding the news. The response was astounding and individual responses frequently mirrored our research findings. Within 24 hours, the tweet gained more than 20-thousand impressions and 200 replies.

In the tweets, those identifying as women cited numerous reasons for their disillusionment with news, including (but not limited to): distrust in the balance of media reporting, distrust in journalists themselves, sensationalism, bad news fatigue, mental health implications and wanting to protect themselves or their children from upsetting topics.

I’m worried about passing the stress on to my child, and that the emotional capital that worrying about the news means I’m not able to be fully present with my child, in the evenings when she needs me to be there for her.

Life is tough and the news is always negative , slanted or distressing so why bother …..

Back to our study.

The reason why women are lighter news consumers compared to men may partly be because mainstream news media are not fulfilling their needs.

While women are lighter consumers of national and mainstream news brands, they read their local or regional print newspaper more than men (15% women vs 12% men). They are much more interested in news that affects the local community and have the highest interest in local news among different news topics.

When it comes to the reasons for consuming news, Australians say it’s their duty to be informed and that they want to learn about new things, men and women alike.

However, women are less likely to say news is fun and entertaining, or say that it gives them something to talk about with others.

Figure 2: Reasons for keeping up with news (%)

Another interesting finding relates to whether people want journalists to take a position on climate change. On this issue, more than half (58%) of Gen Z women say they would like to see news media taking a clear position rather than reflecting a range of perspectives and leaving it up to people to decide. This indicates a strong demand among younger women for news to play an advocacy role in relation to the environment.

The #MeToo movement and climate change protests attest to the fact that young women are passionate about community issues that they think are important. They pay attention to those issues and want to see more action from the news media.

Gen Z women are also much more likely than others to say they talked face-to-face with friends and colleagues about a news story (40%) compared to men in the same age group (34%). News stories that are relevant to their social context are more appealing to them.

This year’s report shows that women have a greater desire for diverse news agendas and topics, particularly around issues that are related to their local communities. Recognising this diversity in tastes and preferences for news is yet another challenge for news outlets. To reach female audiences, particularly the younger cohorts, news media may need to broaden their coverage, and connect with topics that women care about.

Kerry McCallum is Director of the News & Media Research Centre at the University of Canberra. Her research specialises in the relationships between changing media and Australian social policy, and role of media in commissions of inquiry. She is the author of The Dynamics of News and Indigenous Policy in Australia (Intellect, 2017). 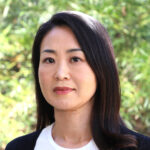 Sora Park is a Professorial Research Fellow at the News & Media Research Centre, University of Canberra. Her research focuses on digital media users, media markets and media policy. She is the Leader of the Digital News Report: Australia project. She is the lead investigator of the ARC Discovery Project ‘The rise of mistrust: Digital platforms and trust in news media’.