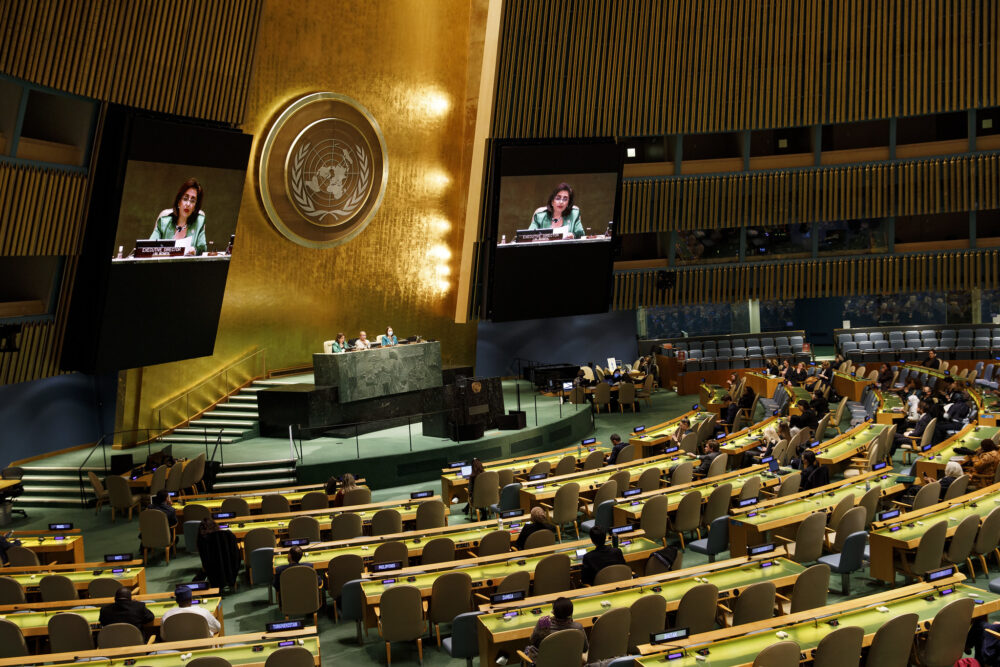 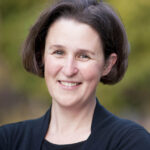 Imagine an annual event which is exclusively focused on achieving gender equality, which attracts something in the order of 8,000 – 9,000 delegates from across the globe, and which produces a road map to gender equality on a different theme each year. Imagine opportunities for women from around the world to share their research, data and practical techniques for improving the lives of women from all walks of life. Imagine that 200 nations are prepared to get involved in the negotiations to produce a consensus plan on how to get closer to gender equality.

Welcome to the UN’s Commission on the Status of Women (CSW) – the biggest gender equality event you’ve never heard of.

CSW is the UN’s only permanent forum dealing exclusively with gender equality. The annual CSW event is held in New York over two weeks in March. It’s technically a glorified committee meeting for a rotating group of 45 UN member-States aimed at producing a document called the CSW Agreed Conclusions, but in reality, up to 200 States get directly involved in the negotiations and hundreds of activists put significant effort into trying to influence the negotiations.

CSW is a huge affair – a confusing, bustling, vibrant, frustrating and exciting combination of feminist ingenuity and energy, patriarchal feet-dragging and conservative sabotage.

Many delegates from NGOs and governments attend in order to participate in panels, seminars and workshops, but the main action is inside the UN building, where national delegations make commitments about how they will advance gender equality in the context of each year’s theme. During the pandemic, CSW was initially cancelled (2020 – CSW64), then held exclusively online (2021 – CSW65) and then offered in a hybrid format (2022 – CSW66).

As someone who has been strongly engaged with CSW for almost a decade, I was struck this year by how many Australians were taking advantage of the online format to engage with CSW for the first time. Among those who engage with CSW regularly, there is a sort of weary acceptance that CSW is poorly recognised in Australia – after all, it’s not surprising. The cost of travel to New York for two weeks is prohibitive, the time commitment is heavy and UN processes are opaque and can appear to lack relevance to the Australian context. However, this year, the move to an online format saw participation in the parallel events rise from 9,000 to 27,000 people, 63% of whom were first time participants. Next year, it is likely that CSW will return to an in-person format in New York, and I’m worried that this will kill rising interest in CSW within Australia.

The historical lack of engagement with CSW among Australian NGOs is regrettable, given that we have deep national connections to CSW. Jessie Street, the pioneering Australian diplomat and activist was a key figure in the establishment of CSW more than 70 years ago, advocating successfully for CSW as a permanent stand-alone entity within the UN. The Australian government sends a significant delegation to CSW every year, including two delegates from NGO organisations, and is an active and important ally in the negotiations on issues such as sexual and reproductive rights, the rights of Indigenous women and girls, rights relating to sexual orientation and gender identity and highlighting the needs of women facing multiple and intersecting forms of discrimination.

But here’s the thing: every year the Australian delegation trots off to CSW and works bloody hard on the negotiations – sometimes sitting in the UN through the night to defend critical language against States hoping to water down the commitments in the Agreed Conclusions. Then the negotiations end, everyone drags themselves back to Australia for a good sleep and the Agreed Conclusions are never heard from again.

In addition to being a huge waste of resources, this is also a massive missed opportunity for women and girls in Australia. Did you know that Australia has publicly committed to use gender responsive budgeting? Yep – it’s in the Agreed Conclusions of CSW65 (2021), CSW61 (2017), CSW60 (2016) and CSW58 (2014).

Our government has been supporting this essential mechanism for gender equality at CSW for at least 8 years. During that time, the government has strongly resisted gendered analysis of the federal budget; in 2018, the Prime Minister scoffed at criticism that his projected tax cuts would benefit men more than women, arguing that the cuts must be gender neutral because ‘you don’t get a blue and a pink form to fill out your tax return’.

There is a stark gulf between our enthusiasm for gender responsive budgeting in New York and our reality back home.

This gulf extends well beyond budgets. At CSW65, Australia agreed to ‘promote and protect the rights of Indigenous women and girls by addressing the multiple and intersecting forms of discrimination …they face, including violence, … access to … education, health care, public services, economic resources…’ Try reading that sentence after checking out the most recent Closing the Gap report.

It goes on and on. At various times Australia has also committed to ‘ensure universal access to sexual and reproductive health and reproductive rights’ (every year for at least a decade), ‘promote … adequate social security benefits for both women and men’ (CSW61), ‘prevent and eliminate discrimination and violence against indigenous women and girls’ (CSW60), ‘Step up multi-stakeholder efforts to combat racism’ (CSW66) and ‘Integrate a disability-inclusive and gender perspective while developing, reviewing and implementing laws, policies and programmes on climate change adaptation and mitigation.’(CSW60). Australia talks a really good game out there in New York. Imagine what might happen if we all started holding Australian governments to account for their international promises?

The #CSW66 has reached Agreed Conclusions – the first ever to focus on gender equality and the empowerment of women and girls in the context of climate, environment and disaster risk reduction. @unwomenchief pic.twitter.com/e7qPnz7szh

In 2023 the priority theme for CSW will be ‘innovation and technological change, and education in the digital age for achieving gender equality and the empowerment of all women and girls.’ In a world where cyber bullying, trolling and harassment are routinely used to belittle and intimidate women in leadership or other public roles, this is a critical theme. For a nation aiming to roll out its second National Plan on Violence Against Women and Children it’s a particularly relevant issue.

So how do we manage to find ways for women in Australia to get involved in CSW67 when it rolls around next March? The first step is to get involved in the preparation work. The National Women’s Alliances (NWAs) will be seeking comment on what Australia’s priorities should be at CSW67 later this year – keep an eye out on ERA’s website or sign up to our newsletter for details. The next step for those with a keen interest in the theme is to sign up to the email list run by the NWAs for people who would like to receive updates on the negotiations and provide their thoughts to the team of NGOs who will be supporting the government delegation.

But the final and most important way to be involved is to read the Agreed Conclusions at the end of March and work out which commitments apply to your work. Then show the document to decision makers working on your issue and insist that Australia lives up to its promises. The Agreed Conclusions may not be a magic wand for achieving gender equality, but they might be the tool you need to ramp up the pressure for change.

Feature image: The 66th session of the Commission on the Status of Women (CSW66)—the second largest UN intergovernmental meeting in New York—closed its two-week long session on 25 March 2022, acknowledging the important role of women and girls as agents of change for sustainable development, in particular safeguarding the environment and addressing the adverse effects of climate change.

Pictured: UN Women Executive Director Sima Bahous addresses the closing of the 66th session of the Commission on the Status of Women on 25 March 2022 in the General Assembly Hall of United Nations Headquarters in New York.

Helen Dalley-Fisher is the Convenor of the Equality Rights Alliance based in Canberra. ERA is Australia’s largest network of organisations advocating for women’s equality and leadership. Before ERA, Helen trained in law and worked in the community legal sector, where she specialised disability discrimination.