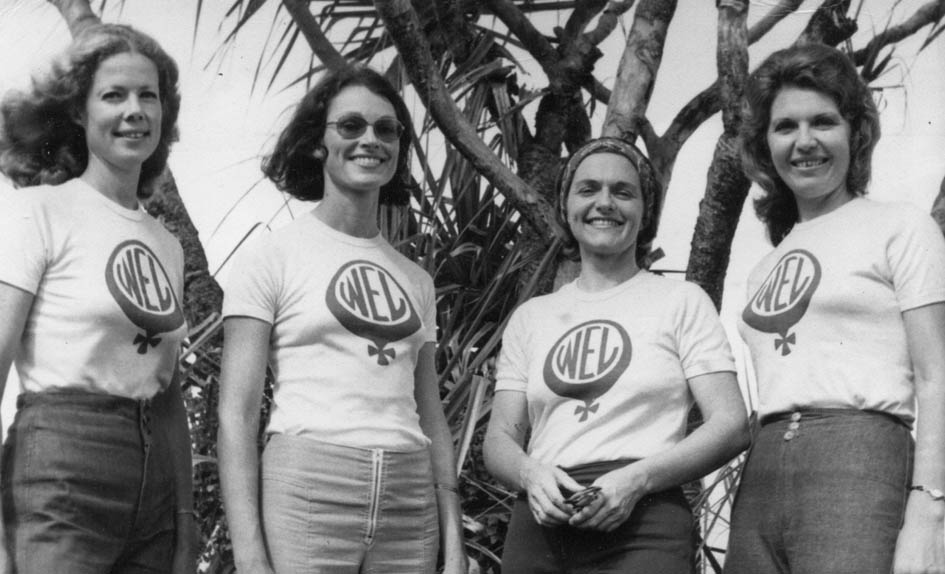 Putting politicians and parties to the test

This year marks the 50th anniversary of the Women’s Electoral Lobby (WEL) a national, independent non-party political feminist lobby group working to ensure the rights of women are protected. Iola Mathews, OAM, is a co-founder of WEL and recently wrote this piece for The Age. It is republished with full permission. Read the original here.

Fifty years ago, on February 27, 1972, the Women’s Electoral Lobby was formed in a Carlton lounge room. That led to WEL’s survey of candidates for the federal election and the publication of its famous ‘form guide’ which helped propel Gough Whitlam to power later that year.

Now a new generation of WEL women are finalising a ‘Party Policies Score Card’ on women’s issues for the forthcoming federal election, due by May this year. The results will be publicised two weeks before the election.

The survey will build on the growing calls for women to be put at the centre of the nation’s politics since the March4Justice in Canberra in 2021, and put pressure on the Morrison government, which has come under fire from prominent women such as Grace Tame, Brittany Higgins and Julia Baird.

In a nice coincidence, March4Justice is holding events across the country on February 27 this year. Like WEL, it is campaigning for women’s equality, but with a particular focus on ending gendered violence.

WEL’s national convener Jozefa Sobski says the scorecard is an opportunity to make women central to the election. “The Coalition and Morrison have a woman problem,” she says, “we have analysed the issues and offer solutions.”

At the last federal election in 2019 WEL produced a similar scorecard. Sobski says there is little point interviewing candidates any more because they are provided with a standard response from head office. Instead, WEL will assess the Coalition, Labor and the Greens based on their public policies and campaign announcements. They may also examine the policies of key independents.

The scorecard will rate the parties on a range of topics, including their commitment to:

The 1972 WEL questionnaire arose from an article in Ms magazine that published a survey of US presidential candidates and their attitudes to women’s issues. The late Beatrice Faust AO, a writer and political campaigner, called together nine women in her Carlton lounge room to see if they could create an Australian equivalent.

The women were hand-picked for their skills. Sally White and I were journalists with The Age, Carmen Lawrence (later premier of WA) was a psychologist, there were sociologists and a librarian.

WEL spread quickly to Canberra and Sydney and by the end of the year membership was up to several thousand, with branches in all states, Darwin and Norfolk Island. That November the form guide was published in The Age.

Then prime minister Billy McMahon scored 1 out of 40, while the Leader of the Opposition, Gough Whitlam, got 33. In general, the Labor candidates did much better than the Coalition’s, and that helped them win votes when the results were distributed in each electorate.

In those heady days of the “second wave” of the women’s movement our lives changed forever, and we formed lifelong friendships. Our poster said Think WEL before you vote, and the song of the moment was I Am Woman, by the Australian singer Helen Reddy.

When Whitlam became prime minister in December 1972, he immediately started implementing reforms for women. Over the next three years he acted on practically every reform outlined in the questionnaire.

WEL women went on to positions of power and influence in politics, the public service, business, academia and the community sector, spreading reforms for women in new ways.

Among them were the late Susan Ryan AO, who became minister assisting the prime minister on the status of women in the Hawke government, and Marie Coleman AO, head of the Social Welfare Commission and still active today in her 80s as founder and adviser to the National Foundation for Australian Women (NFAW).

In the 1980s, the state branches joined together as WEL Australia and affiliated with the International Alliance of Women (IAW).

More recently, WEL was revitalised in NSW when it received two large bequests and was able to hire part-time paid staff. It became more visible at the NSW and national level and is driving the work on the 2022 Election Scorecard.

The early activities of WEL have been recorded in Making Women Count: A History of the Women’s Electoral Lobby in Australia, by Professor Marian Sawer with Gail Radford, and in the 2020 film Brazen Hussies, directed by Catherine Murphy, about the women’s movement of the 1960s and ’70s. Professor Judith Brett is currently writing a biography of Beatrice Faust.

Iola Mathews OAM is a co-founder of the Women’s Electoral Lobby and author of Winning for Women: A Personal Story (Monash University Publishing, 2019).