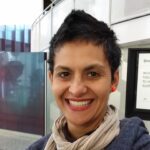 Well before the floods hit the Northern Rivers of NSW, many people were already living precariously.

The images of shattered men, women and children losing their homes from weatherboard ‘queenslanders’ to caravans was spine-tingling, even for me, a seasoned reporter now with the Equality Rights Alliance. Homes now full of mud, sewerage and mould had to be abandoned.

A shortage of affordable housing was the context too of the Black Summer bush fires. Many who lost homes across the south coast of NSW are still in temporary accommodation.

Our geography doesn’t help. A startling fact tucked away in a recent Insurance Council of Australia report explains that Australians are especially vulnerable. The Insurance Catastrophe Resilience Report 2020-21 tells us that “Australians are five times more likely to be displaced by a natural disaster than someone living in Europe”.

And yet after decades of research sounding the alarm on the science, Australia still has no national and cross-jurisdictional housing strategy, and certainly not one that anticipates climate impacts on housing.

We at the Equality Rights Alliance keenly make this point in our submission to a Productivity Commission review into the National Housing and Homelessness Agreement currently underway. The five-year state-federal agreement expires next year and the PC is asking the public for comment.

The agreement is national in name-only. It largely excludes local government. It lacks accountability measures to keep all parties focussed on the objective of delivering affordable housing and reducing homelessness. There is no explicit policy connection to climate change adaptation and mitigation, nor women’s safety, gendered poverty or the needs of people with a disability. And it avoids the elephant in the room, tax reform.

What’s holding us back is a narrative stuck in a groove: ‘housing as an investment right’ rather than ‘housing as a human right’. While the Federal Government tries to reduce affordability pressures with measures like rent assistance (which is way too low in our view), policy settings simultaneously bias the housing market in favour of those with capital.

We argue that a new National Housing and Homelessness Agreement should join up the dots and be driven by a federal housing minister who sits in cabinet, and with the support of a dedicated agency that measures and marshals the evidence. That way it gets the sustained attention it needs.

All levels of government have to work together better, recognising the Commonwealth’s role with macro-policy settings which drive housing demand such as taxation and population, and the responsibilities of State, Territory and Local governments for land use, land supply and urban planning and development policy, infrastructure policy and tenancy legislation.

The Commonwealth is best placed to deliver overarching leadership that strengthens cooperation and accountability and it is best placed to provide capital injection for net growth in social housing stock in partnership with the states.

The design and delivery of housing and homelessness services must be more gender explicit. Conditions are undoubtedly worse today for anyone on low income but the fastest growing group to experience homelessness in Australia is older single women. Many are first-time users of the welfare system.

Maggie Shambrook of Brisbane had post-graduate studies behind her and steady work for decades before an abrupt change in her family’s life suddenly saw her at risk of homelessness.

“The stereotype of a person who is homeless does not reflect reality. It’s a surprising picture of women who have been carers for chapters of their life and who have enjoyed earning modest incomes, even earned PhDs.”

Maggie, like nearly half a million mature-age women in Australia, went to the ‘edge’ because of gender inequity. Inequity in gendered roles relates to work pay and conditions, unpaid care for children and ageing family members, child support made mandatory from only 1988 and superannuation in 1992. Add to this mix, the deterioration of social and affordable housing options over decades.

Maggie is now an advocate with the Housing Older Women (HOW) movement based in Queensland.

“There are many women who are hidden from view.  A friend moved 18 times in 3 years trying to stay safe, staying with friends and family, remaining invisible. The toll on her physical and mental health was considerable and ongoing,” she told ERA.

Women and children are disproportionately impacted in the wake of economic shocks and natural disasters. They will need specialised support over some time because of the legacy of systems described that lead to compound disadvantage.

The Housing Older Women movement is among many in the sector who with at ERA argue for measures that address a ‘missing middle in terms of housing options’ – options in between private ownership and multi-level public housing where every tenant is struggling.

New housing options would assist hundreds of thousands of women who currently have a small amount of savings and/or super however not enough to put a deposit on a home and too much to be eligible for most public and community housing. Their only option is to use their funds for private rent, which is unsustainable.

It’s hoped that the Productivity Commission will listen to the call for more housing options. Its review is a once in a generation opportunity to reset housing policy for the long haul, one that sees beyond annual budgets and political terms and one driven by a vision that leaves no one behind.

Toni Hassan is the Project Coordinator at the Equality Rights Alliance, Australia’s largest network advocating for women’s equality, women’s leadership and recognition of women’s diversity. She has worked in government and the not-for-profit sector in advisory, management, media and community development roles.