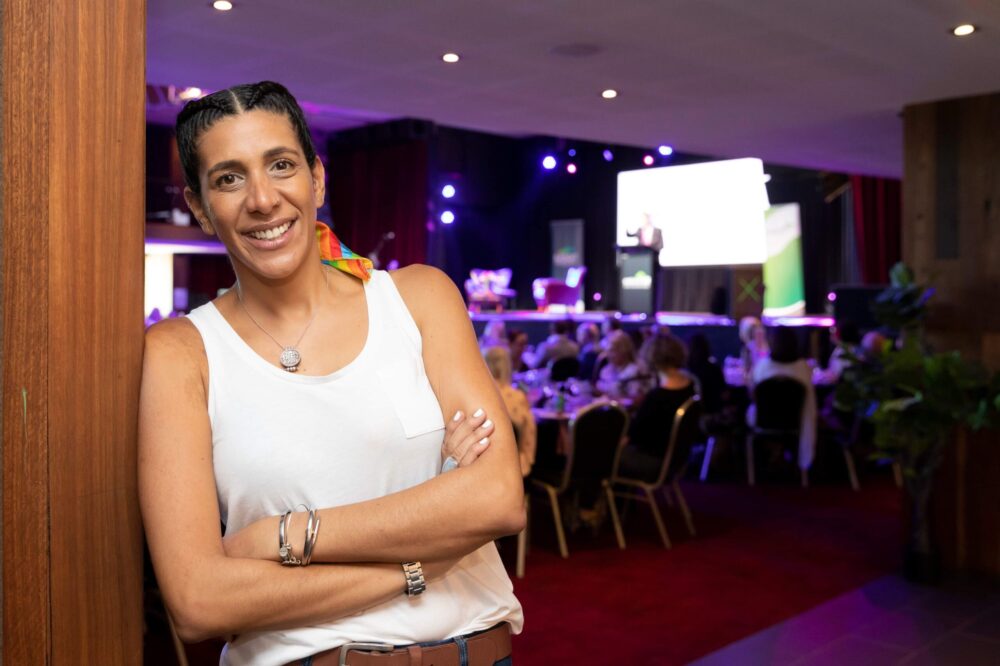 Experiencing racism inside the media

I was being humiliated, my position had essentially been made  redundant as all of the decision making had been taken off me in a way that implied my total incompetence. I was repeatedly berated in front of the staff, and I had my team members reduced to tears for being yelled at in the office.. When I learned that I no longer had any power to protect my team from harassment, I could no longer justify staying in that role. Furthermore, I had strong objections to the content being produced, the racial nature of incitement of an already volatile audience, led to a visceral reaction that I could no longer tolerate. As the only person of colour on the media team, to be told almost daily that our audience is racist, became too much to bear.

This was the response I gave in my exit interview when asked why I chose to leave. This doesn’t begin to scratch the surface of my experience at this organisation. I won’t name them and I have deleted the experience from my Linkedin profile, in fact, I have erased those eight weeks from my life. I have accepted the learnings reflected on how this traumatic experience has helped me grow.

Enough time has passed for me to be able to reflect on what has transpired and how it has changed me. How it has taken the experience of a culture that is rotten to its core to allow me to truly appreciate what my values are. To have made a decision that prioritises my mental health and racial integrity was an empowering move that I am proud of.

To the best of my knowledge, I am the only person of colour to have ever worked on the media team for this organisation. During my first week, a story came across my desk about the Federal Police reporting an increase in terrorism activity online. The details in the report indicated that the increased activity came from factions of far right extremist groups, yet the image used to accompany the alarmist headline was one that played directly to the indoctrinated masses that had consumed white washed media for decades; i.e: a bearded brown man with a turban.

I rejected the story immediately. What astounded me was that no one could understand why. Even after I had explained that the story exacerbates an already wounded culture that is stigmatised by exactly that kind of media coverage, I was still met with confused faces.

Antoinette Lattouf, co-founder of Media Diversity Australia and author of How to Lose Friends and Influence White People, says: “Racialised and inflammatory reporting, for some outlets, seems to be part of their business model. But for most journalistic output, the discriminatory content is often due to unconscious bias and the fact that most people in editorial roles hail from the same cultural and socio economic background.

“Do I think most journos wake up and think, ‘Which minority am I going to marginalise today in my reporting?’ No, I don’t, but when newsrooms are monolithic, lack cultural competence and connections to our very diverse community, then the bias easily creeps into reporting, and goes unchecked.”

The story was pulled in the end, but I was really taken aback by the total lack of comprehension. Perhaps they may not have deemed it offensive because they were so used to reporting on such issues, maybe they didn’t understand the impact they had on such a large audience? I later found that reporting on such things suited ‘our brand’.

Once the dust settled and the ink on my employment contract dried, I was told almost daily that our audience is racist and that we should write accordingly to appease them and increase traffic. There were unspoken parameters in which I had to work within. Anytime my objective journalism would creep beyond those boundaries, I was swiftly put in my place and told, “we’re not socialists”.

There was no reprieve from this narrative being pounded in me and it began to erode my racial integrity. It was at that point that I removed my title from my Linkedin profile. I was careful not to send too many work emails as I didn’t want to be associated with the platform. After two weeks, I began looking for another job.

Although I didn’t stick around long enough to make any kind of a difference to this workplace, hiring a team rich in cultural backgrounds, religions, ethnicities, abilities, genders and sexual orientations gives the organisation a better understanding of the real world. Such an understanding leads to a sensitivity of what is and isn’t acceptable. What could be deemed offensive and what is downright wrong. It’s irrelevant that this diversity is made up of minority groups, no matter how minor these groups are, they’re still people that deserve respect.

I’ve written many times of my own personal struggles of dealing with race, it’s an altogether different battleground when it comes to my professional struggles. It’s confronting working in an industry that has contributed so much to the pain of my culture. It’s also a wonderful opportunity to make a difference.

I couldn’t achieve that in this workplace, but the fight continues.

Born at the end of 1980, I am one of the youngest cohorts of Generation X. Raised by Baby Boomers, our generation was taught to be hard workers, has a strong work ethic instilled in us, and we take great pride in our work, regardless of our chosen professions.

We were also raised by a generation that doesn’t believe in mental health. If you’re sad, you pray, you go for a run or you simply get on with it. Ours is a generation that teeters between stoicism and an overwhelming display of constant emotion. It’s a difficult place to navigate.

I’m also one of the youngest in my circles of friends. It’s not surprising that when I told friends that I had resigned from a terrible job that left me depleted, left me doubting my ability to do anything at all, that had a toxic culture littered with acts of covert and overt racism, I was met with faces of shock, concern and confusion.

Do you have another job to go to?

What about your kids?

What are you going to do?

How could you just leave?

I don’t blame my friends for their reactions. I would probably react in the same manner if the situation were reversed.

What was interesting was when I had reached out to my younger friends. Their instant reaction was celebratory.

Well done for standing up to them.

Their loss… can’t wait to hear what you do next.

Blind optimism or a generation that is not held down by cynicism? Whatever it may be, the disparity of reactions were stark.

I have never left a job before finding another one. Furthermore, I had taken on this role after a seven month stint of unemployment having been made redundant from my previous role, not unusual in media. I had never been unemployed for that long either.

Another characteristic passed on to our generation from the boomers was resilience.

I always pride myself on being quite resilient, but at what point does resilience give way to tolerance? Does tolerance then lead to complicitness? By ignoring or not allowing certain abusive behaviours to impact you, do you then become complicit in accepting that behaviour? It’s like the saying goes, the standard you walk past is the standard you accept.

When younger people speak up against something they don’t agree with, they are immediately branded snowflakes. Women especially are held to a different standard when displaying any kind of emotion in the workplace. By showing what we perceive to be a sign of strength and enduring discriminatory behaviour, are we suggesting that toxic environments in a workplace are acceptable?

Ultimately, all I could control was whether or not I chose to stay in that workplace. By making that choice to leave, I regained my power. Shortly after I left, removing myself from an environment where I was told repeatedly in front of an audience how poorly I was doing and how little I was achieving, I reclaimed my confidence.

My resignation was a huge display of strength. It was an incredibly difficult decision that impacted my career, my family, my wellbeing, and my finances. I had finally achieved my goal of leading a news room. No easy feat for a woman in media, let alone a woman of colour. By making a choice to leave, I am making a stand to say that behaviour is not acceptable.

Last year I was informed that I was accepted for the Walkey Foundation Mentorship Program. I had gone from completely doubting my ability to write at all, to being recognised by the most coveted organisation in Australian journalism. Obviously, it’s not an award, but a group of highly respected writers and journalists thought my work was deserving of being mentored to reach a higher level of my career.

Furthermore, within a week of my resignation, I was offered another role. It’s a smaller team, I am not in a managerial position, a completely different industry and I’m working alongside, quite possibly, the kindest people I have ever met. The organisation stands by their mission of work-life balance (yes, it’s achievable) by offering a hybrid model of working from home and in the office.

Somewhere along the way of my career, I lost sight of my values. I got so caught up in the big paychecks and fancy titles, that I forgot why I had chosen this path in the first place.

I wrote my thesis many moons ago on the gang-rape trials in Sydney in 2000. I wrote about the atrocity of the crimes committed and the appalling coverage in the media that led to an all-out assault on all people of middle eastern appearance.

I wanted my words to matter, I wanted for a different voice to be heard. Through the years, my voice has reached a wider audience. I thought I had reached the pinnacle of my career, writing to an audience of well over two million people. I know now that it’s not about who I am reaching, but the message I am conveying. I would much rather have a tiny audience and be true to my values than write absolute garbage that erodes everything I stand for to reach the masses.

This is my success.

Suzi O’Shea is a Brisbane-based journalist with over 20 years’ experience in the media industry. A committed advocate for racial equality, her work predominantly centers on social justice, social change and empowerment. Suzi also sits on the board of Women of Colour Australia for the Research and Advocacy Executive Committee.