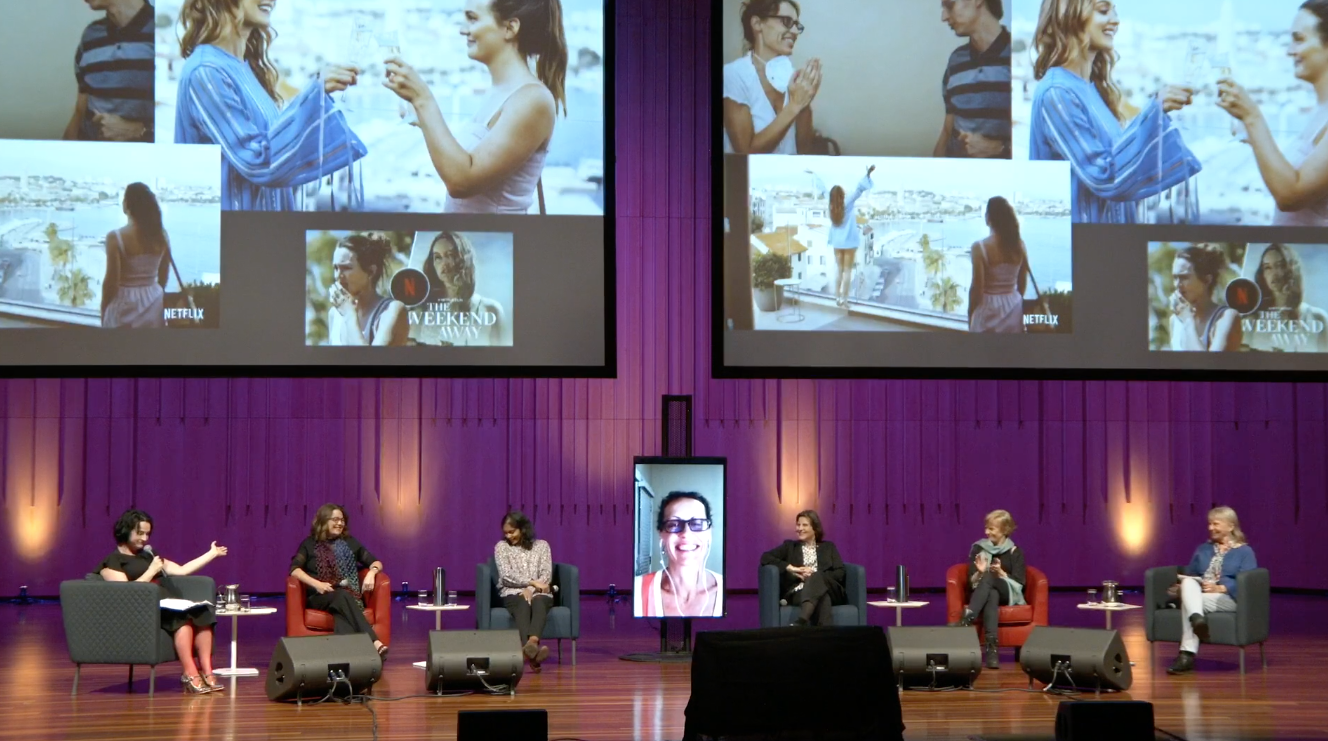 In an electric event held at the ANU last month, some of Australia’s best female film makers and experts shone a light on a tough, sexist industry. The battle continues for female film practitioners and their supporters in policy, media, activism and academia to not only celebrate their achievements but also to address the ongoing challenges still facing the underrepresentation of women in Australian cinema. Here Professor Lisa French reflects.

Since the 1970s, each decade of women’s work in the moving image in Australia can be read as a significant cultural location. One of the most momentous in Australia was the 1970s, which saw the emergence of feminist culture and the revival of the film industry.

This year, the Pamela Denoon Lecture, Australia’s longest running and most prestigious feminist lecture, shone a spotlight on this era, and a significant event in 1973 called Womenvision. Organised by The  National Foundation for Australian Women, it was presented as a panel of trailblazing women who looked back and joined the dots to 2022, to review the status, participation, and experience of women in Australian film and television today.

That panel: Womenvision Revisited, hosted by award-winning social justice journalist and author Ginger Gorman, recognised the significance of the 1973 event as “the first major [national] enterprise of the women’s movement”.

In 1973 there was barely an industry and women found it difficult to make films, but Womenvision created a momentum for change. From this time women stepped up and demanded and lobbied to be included. And according to panellist, writer director Kim Farrant, “so many women have shown their talent, and that’s just that cream rising to the top, they just keep having an incredible voice”.

Pat Fiske described the atmosphere of the event, the energy and excitement.

Sue Maslin observed the debt that women in the industry owe to these trailblazers: “I completely owe my career to those women …[who] realized that we were not going to have women’s stories in our culture unless women did get the cameras get the sound equipment and just get out there and make the work”.

It was a completely different era but according to the Maslin, today, “the debate is just as valid”, and “diversity is central to our storytelling”. As Fiske noted, the event caused significant momentum, notably spawning women’s groups and then some of those women organized the first International Women’s Film Festival in Australia, showcasing female creativity and offering a context for women’s cinema.

As a woman of colour, Shelia Jayadev reflected on the personal and structural barriers, in particular fighting against the idea that diverse stories are ‘niche’ rather than something that the general public wants. Although Australia is diverse, she said “we’re not seeing those stories reflected on screen as much as we should’. The biggest fight for her is to shift thinking, to get the exhibitors and the distributors on board to “reflect what Australia looks like”, to be able to make films at the same scale rather than with a micro budget because it’s niche. Being female as well as looking different makes it harder to break through.

Farrant argued for intersectional considerations because: “if we’re not seeing ourselves reflected the colour of our skin, our gender, our sexual preference, our disability, our fullness, all of it, then how can we rise a sense of self-worth that healthy self-worth that we all need?”

Diversity seen this way is essential for an individual to mature, and for social cohesion and the range of identities we can inhabit.

Women in careers such as cinematography have had a harder time than some other crafts. Cinematographer Jane Castle has experienced great success but knows that change is slow. Her mother, Lilias Fraser (the subject of Castle’s When the Cameras Stopped Rolling), single-handedly shot her first film in 1957. The ABC picked it up and were “screening it every night but when she went to apply for a job as a cinematographer, … they just laughed out of the room”. According to Castle, “we still have this dreadful statistic of how few women’s cinematographers are shooting feature films”.

Kim Farrant, who is working currently in Hollywood, and whose film Weekend Away (2022) was number one on Netflix, acknowledged how significant mentors are. She also outlined the challenge women directors encounter up against male dominated teams, a lonely and often alienating journey if you are one woman with thirty men. Castle also spoke of women having to work harder to gain respect from male crew. Women’s issues such as the experience of violence, are not regarded by gatekeepers as what audiences will want to see, despite the large percentage of women who have encountered such violence. The panel discuss a breadth of issues such as wellbeing or childcare. An innovative solution to the childcare dilemma was that of sharing a job to achieve a doable work life (family) balance.

The panel pondered what is being done now to improve the position of women in film, which for features in Australia has women as around 34% of producers, 16% of directors and 24% of writers. Maslin was the founding president of the Natalie Miller Fellowship, which offer screen industry career fellowships, and both Maslin and French have been on Screen Australia’s Gender Matters Taskforce, an initiative to support women’s careers and creativity. Gender Matters has increased the gender balance in creative teams, supported women’s businesses, funded storytelling and attachments, whilst achieving soft results such as increasing women’s confidence submitting applications and changing funding agency and film industry practices. These initiatives are valuable and have an outcome, but there needs to be a whole of industry commitment to change to achieve equality and equity. It is not about fixing women but that fairer film and television workplaces must be built.

The panel concluded with calls to action: listening to women, including women as leaders and gatekeepers to improve their autonomy over their work and enable women’s voices to be heard. Industry leaders must commit to inclusion. A recording of this event, which includes video material played, is available here: Womenvision Revisited video 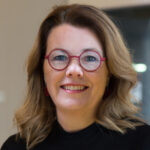 Lisa French is Dean of The School of Media and Communication at RMIT University and Professor of Screen and Media. She is internationally recognised for her research on women in Australian Cinema. Her books include Womenvision: Women and the Moving Image in Australia (2003) and The Female Gaze in Documentary Film – An International Perspective (2021). She is a member of the federal government agency Screen Australia’s Gender Matters Taskforce, and she is Co-chair of a UNESCO 19 global university research network on gender, media and ICTs.