Banding together to combat gender bias on Wikipedia 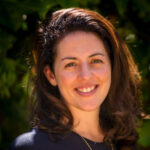 When you stop to think about it, it is mind-boggling that of the millions of biographies on Wikipedia, only 19% of them are about women. This statistic is even less for those working in the scientific sectors. What may not be as surprising is that the Wikimedia community of editors who create and maintain its content are predominantly male. What this means is one of the most visited websites in the world has ‘gender content bias’.

As the founder of Franklin Women – a social enterprise that is committed to supporting women working across the health and medical research ecosystem – I understand the importance of ensuring that women and their important contributions to science and society are visible. Firstly, it is about equity, aligned with a national priority given to addressing the under-representation and participation of women in sciences in Australia. But it is also about ensuring that scientific discoveries and their impact on society are accurately captured and written into history.

When people search for information online, Wikipedia is usually among the first results that appear and as such, it plays a big role in informing people about the role women play in science.

This is as important now as ever after more than two years of a global pandemic that has seen women at the helm of the response here and globally. While Franklin Women has allowed me to learn a lot about gender bias online (and elsewhere!), I’ve also become aware of ways we can all play our part to help to reduce it.

Wikipedia Edit-A-Thons are an exciting global movement working to close the content gap for under-represented groups like women, persons of colour, and the LGBTIQ+ community. They are grassroots events, which have been held across the UK, USA and Canada, where people come together to collectively edit and update Wikipedia entries to give recognition to those who deserve it, yet aren’t yet represented.

Franklin Women contributed to this global movement by hosting its second Wikipedia Edit-A-Thon on World Health Day, 7th of April 2022. We had 40 women working in health, medical research and life sciences join us who not only gained new Wiki editing skills but also went on to add over 20 000 words of notability for women in our field. This grassroots event allowed us to combat gender bias head-on but also gave us an opportunity to amplify the message that it is time to drive change.

During the event, we were able to create profiles for some amazing women working in the medical and health research sector so that you can now find their scientific achievements and accolades online.

Like social researcher Professor Julie Leask from the University of Sydney, who has provided research and commentary on the Covid-19 pandemic and recognised through awards like the AFR 100 Women of Influence awards. Or Professor Caroline Sue, Executive Director of the Kolling Institute who also leads an impressive and internationally recognised program of work on better understanding neurological disorders and developing new treatment options for patients.

This year’s event will also include a dedicated ‘Article Aftercare’ session. As Wikipedia is a completely crowd-sourced encyclopaedia, the content and the longevity of new pages are based on decisions among editors, who are mainly Anglo-Saxon men living in North America.  This puts pages for women at risk of deletion.

The follow-up workshop, which will involve experienced editors from Wikimedia Australia, will support participants to make any follow-on page updates so their edits stand up to the test! We hope the whole experience leaves participants feeling empowered with the skills to continue editing Wikipedia after the event.

The impact that 40 women with laptops had in one afternoon is humbling and motivating. We now have more scientists receiving the visibility they deserve, providing the community with a more accurate representation of Australian science and more women are upskilled as Wikipedia editors.