Women will not be silenced again

The Minister for Families and Social Services, Anne Ruston, is right. There is “a rot in society”. But Scott Morrison is wrong. Anointing a “prime minister for women”, even as a joke, and creating a “taskforce” of female ministers, will not “shake up what needs shaking up”.

Like most rotten attitudes and behaviour towards women, the decay begins at home. Right now, one of the worst offenders is that big house hiding under Canberra’s Capital Hill, whose very foundations are infested with rot. What needs the most vigorous shake-up is the masculinised machinery of government, along with the power-hording men who oil its wheels and the women who limp along and toe the party line. 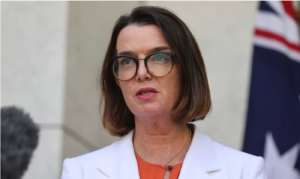 There’s all the usual strategic deflection from the Prime Minister’s office these days. Which, unfortunately, fearful young men are buying; Morrison’s approval rating among the 18- to 34-year-old male cohort has actually improved since February. Morrison’s office is so busy deflecting, it is not reflecting on what women are saying. Nor what they’ve been saying, writing, sharing and shouting for decades – ever since the 1970s, when women first publicly identified patriarchy as the primary force behind their second-class status.

It is extraordinary to hear Morrison, a father in his 50s, say he is “completely stumped” by what he is hearing now, supposedly for the first time. Has he really, truly, never before noticed that women are marginalised, intimidated, belittled, diminished and objectified? This feigned shock is, frankly, pathetic coming from a modern leader.

The rot Ruston refers to is the shocking rate of violence and sexual abuse of women in Australia. Ruston, at least, has always watched the data, unlike Morrison, who is the first prime minister to fail to attend the annual Our Watch briefing at Parliament House, which is held to appraise MPs of the latest data and action to support women.

Ruston has also read the parliamentary report into domestic and sexual violence. It’s a shocking account, riddled with devastating facts, that speaks of the profound and long lasting effects of violence on women and the nation’s social fabric, stating a woman is murdered every eight days at the hands of her partner or former partner. It’s awful reading, and sadly too familiar. The committee who wrote the report knows this. Service providers know it. Women across Australia know it. So why doesn’t Morrison? 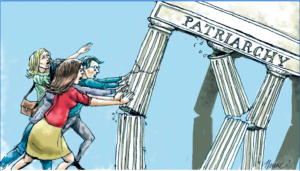 But here is the crunch: while the 2010-2022 National Plan to reduce violence against women and their children is praised for helping more people “speak up and challenge attitudes and behaviours that lead to violence”, the plan has abjectly failed to shift the rate of violence in its 10 years of operation.

So, who is responsible? Well, men crying crocodile tears at media conferences is a good place to start. As Anne Summers recently pointed out, before the portfolio of social services was handed to Anne Ruston, five men have been responsible for women’s safety since 2013: Scott Morrison, Christian Porter, Kevin Andrews, Dan Tehan and Paul Fletcher.

So how did the rot set in? The ruling class of men who control politics and federal cabinet haven’t the foggiest idea as to what’s really going on right now for the women of Australia. Other than joke about facing a hail of bullets, none of those men bothered to understand what the March4Justice was about, nor what this burgeoning movement is building.

None of them ventured out of parliament to listen to the vast array of grievances women – white, black, brown and indigenous – shared at the rallies. Grievances about violence, rape and sexual harassment, about being silenced, shut out and shut down; grievances about being maligned, sexualised and commodified; grievances too about how badly our democracy has failed women and how unrepresentative public leadership and parliaments across Australia remain.

Instead, these men of entitlement take false comfort in now sharing lame but predictable lines propagated by news hacks. Old folk who can’t speak of the “new now” without referring to the “emotional demands of women” and the 2021 zeitgeist as if it’s a passing fad that will soon flame out.

With typical pomposity, Henry Ergas insists women are wrong to be righteous, because in fact they are simply, wrong. He argues gender equality in Australia has in fact improved “spectacularly”. Goodness, I hope he tells the World Economic Forum that. Its Global Gender Gap report, published last week, ranks Australia at 50 out of 156 nations: our worst performance in 15 years.

Failure to listen is no different from refusal. It is a choice.

Angela Shanahan bemoans “the spectacle of grim-faced women on the high ground” and the “manufactured fury of the mob” and asks “what exactly was the women’s march about?”

Failure to listen is no different from refusal. It is a choice. The rot in Australia has complex tentacles that touch all women’s lives. Every woman knows what it feels like to be disbelieved. Disregarded. Dismissed. The March4Justice gave expression to that.

What happens next you ask? Look around you. It’s already happening. Women are talking like never before, sharing stories and empathy. Our Parliament doesn’t get it, but the public does.

The wound of women’s anger has been ripped open right across Australia. Generations of women will not be silenced again. The “new now” is an era of truth telling, a time in which women finally know they will be believed. Truth, once out, cannot be shoved back, to rot.

This column was originally published in the Sydney Morning Hearld and The Age 5 April 2021. Virginia Haussegger is a Canberra journalist, Chief Editor of BroadAgenda and founding director of the 50/50 by 2030 Foundation. Twitter: @Virginia_Hauss