Will this budget reflect a government representing the needs of all Australians?

Déjà vu or “haven’t we heard this all before” lurks distinctly as we approach next week’s budget. Last year we wrote in this Public Service Informant of hopeful signs with the Treasurer hinting at things to come. There was a strong sense that female voices were finally penetrating the male ear. Accounting for the majority of employees in the hospitality, retail, accommodation services sectors, hit hardest by social distancing and lock-down measures caused by the pandemic, the Treasurer appeared to say to women that the government understood their needs as it plotted the “road to recovery”. But come the evening of the 2020 budget —deferred from May to October — it was starkly confirmed that the Prime Minister’s touted record number of women in cabinet (a touch under 32 per cent) just wasn’t enough to pierce the ear wax of the government.

So much has happened since. The government had no other option but to call on the extensive experience of the Sex Discrimination Commissioner, Kate Jenkins, to review Parliament as a Safe and Equal Workplace, and with thousands upon thousands of women marching around the country, saying ‘enough is enough’ will the government be preparing this budget in a way that shows the sounds are getting through? 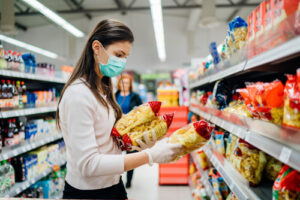 If the messages are not clear enough from the WomensMarch4Justice, last week five women leaders from the ACTU, the Business Council of Australia, Chief Executive Women, the Parenthood and Goodstart Early Learning effectively spoke to Cabinet’s Women’s Taskforce and released a joint policy statement. 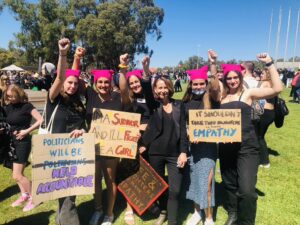 Their policy list began with a push for a women’s budget statement. As important (if not more so) they wanted budget planning cycles to identify exactly who benefits from all of the figuring, a practice also known as gender-responsive analysis. This includes examining expenditure across all Government Departments to be prepared independently by the Parliamentary Budget Office and with input from the women’s sector. This requirement is standard budgeting policy throughout the world. In Canada, it is even more specific and requires government to identify how different women, men and gender diverse people may experience policies, programs and initiatives. Such a step in the budget is essential for all voters to determine how well those they elect are managing their money — how fair is the distribution?

Investing in and reforming early childhood education was another priority on their list. This is an investment that pays off in ways that the Grattan Institute and other economists have calculated clearly. Working towards the goal of universal access to quality early childhood education and care is essential and the group also highlighted the value and importance of both parents sharing in the parental leave scheme. With a proposal that the Federal Government’s most recent amendments to paid parental leave be expanded to 26 weeks, they also emphasised the importance of that leave being flexibly shared by both parents, with an additional two weeks leave for each parent when care is equally shared.

These ideas while not new are crucial for improving everyone’s position and the experience of living life in a COVID world enabled these important policy initiatives to be reenergised and re-examined seriously. Just under a year ago a group, of which we are a part, called “The Snap Forward Feminist Policy Network” (SFN) formed to ensure a gender-responsive COVID-19 recovery over the immediate and longer term. Calling for “a Snap Forward which also contributes to the achievement of gender equality”, the SFN brought together an extensive group of individuals, working independently or through their organisations, in the public, private and not-for-profit sectors. Pursuing multiple avenues of influence, it began working to inform parliamentary and bureaucratic processes about the relevant policy settings and about the gender norms influencing the different ways that people experience discrimination in the context of COVID-19 and beyond.

In May 2020 the group made a 10-point submission to the Senate COVID Committee, all points the government and 2021 budget must surely address. It called for gender equal and diverse representation on all decision-making bodies (which also includes Cabinet) as a starting point for any gender equal outcomes. Of burning relevance when framing budgets, it pressed for the investment in data, including the ongoing funding of the Australian Bureau of Statistic’s Time Use Survey, and the production of an independent Annual Gender Equity Report. It identified mandating gender-responsive budgeting to be applied across the COVID-19 response and recovery, supported by a Treasury funded Gender Equality Budget Group and increased investment in public service capacity and accountability for gender analysis. Ahead of more recent calls, it too sought review of the paid parental leave scheme and the current childcare system to position childcare as foundational to Australia’s economy.

More specifically it called attention to women’s diverse economic contribution and the need to support women-led businesses and women in hospitality, arts, and culture workforces. Longer term, the Snap Forward Network focussed on protections for feminised workforces and reviewing the gendered experience of employment conditions and protections. In 2020, as now, the uneven distribution of unpaid labour is stark and there is an ever-increasing critical need to produce an Annual Gender Equity Report, to capture the contribution of women’s unpaid labour to the Australian economy.

Unfinished business from last year and ever it seems, is our call for investment in violence prevention and services, developing specific public messaging for disaster contexts, and funding of the Five Safety First Principles in Family Law, developed by Women’s Legal Services Australia. The protection of women’s health services we saw as essential, ensuring priority access for these services and protecting investment in maternity services and breastfeeding.

The list goes on because past government inertia and the lack of mechanisms to assess and address endemic inequality, starkly gendered in outcome, have raised women’s voices to a pitch where the expectation is that they will finally be heard. But will they? Signs that the government is listening will be sought in other measures that the SNF has been calling for along with other groups. Directing stimulus investment toward social and public housing to address chronic community shortages of homes and support for women, is something we focussed on in 2020 and do so again now. Here, priority investment in women’s specialist homelessness services and culturally-sensitive housing solutions for First Nation communities would be a sign of government attention to critical community needs. It would also reflect a consciousness of the granulated needs of different women’s groups, highlighting the ongoing need for the gender ‘plus’ analysis of economic policy as seen in Canada.

The Snap Forward Feminist Policy Network’s 10-point submission to the Senate COVID Committee concluded by thinking about the future that we all need to share – calling on investments in climate-resilient stimulus which maintains current protections and focuses on full employment; renewable industries and sustainable Australian manufacturing; research and education including in STEM for women, girls, gender diverse people; and addressing gender gaps in adaptation-related industries and sectors.

Since pushing these policies in the year or so since then, the SNF group has been meeting regularly to canvass, hone and refine policy leading to a more gender equal future for all.  It is now called “the Shift (to gender equality)”. It has met most recently to discuss the forthcoming budget to ensure it engages with the different needs of First nations women, CALD women, women with disability, non-binary and transwomen so that all women’s and men voices are properly taken into account when decisions are made.

A week before the May 2021, we wait in hope, wanting and willing for this budget to be different from the gender-blind analysis of past years. Will the reshuffled cabinet with an expanded Women’s cabinet taskforce make a difference? Perhaps that greater number of women in Cabinet might be more attuned to listening and to impressing upon their colleagues the message carried by the voices of the five women leaders, including Michele O’Neil of the ACTU, Jennifer Westacott of the BCA, Georgie Dent of the Parenthood, Sam Mostyn of Chief Executive Women and Natalie Walker of Goodstart Early Learning.

Let us hope that this is the case, that these voices and those of countless others finally penetrate. For they carry crucial content that must be translated and finally understood by our Parliament, our Cabinets, our Expenditure Review Committees and beyond. We wait on the 2021 budget hoping at last that it will start here, the rudiments of budget and budgetary process that includes us all.

Professor Kim Rubenstein and Trish Bergin, Co-Directors of the 50/50 by 2030 Foundation, University of Canberra

This article first appeared in the Canberra Times PSI May 2021