Why quotas and not ‘merit’ are the answer 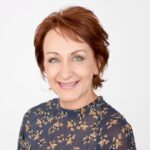 Tina was confident she was the right person to win the promotion to manager level in a state public sector body. She had higher education credentials, years of experience and the respect of her colleagues, and a track record of success in her current role.

But she realised she didn’t really stand a chance when she was overlooked for critical development training and wasn’t surprised when a man won the manager role.

Tina was pregnant – a fact the successful male candidate didn’t have to worry about. She will never know if the pregnancy was the reason she missed out, but there is enough evidence to know that despite outlawing such discrimination, women still miss out on senior jobs simply because they are women.

Too many people find their opportunities in life limited by outdated ideas about gender. And experiences like Tina’s will continue to happen unless we do something serious about it.

On March 31 this year, Victoria’s ground-breaking Gender Equality Act came into effect, providing the power to finally set about fixing this problem by shining a bright spotlight on inequality in more than 300 public sector bodies.

The Act places a positive duty on our public sector to do better, and it’s got teeth. Under the Act, I have the power to develop and set targets and quotas to get more women into roles, particularly in male-dominated sectors.

I know there are some Victorians who consider this talk about targets and quotas as confronting and maybe all a bit “woke”, or just “political correctness gone mad”.

My response to that is what we are trying to do is achieve fairness and overcome centuries of inequality and the new equality laws in Victoria allow us to turbocharge that change. I make no apologies for that.

No one would want their daughters, granddaughters, wives or sisters to be treated unfairly. And no one wants their sons, grandsons, brothers or husbands to miss out on a job simply because it’s one considered stereotypically female (such as midwifery) or because they want to work part time or flexibly to care for their kids.

There is enough evidence from Victoria and around the world to know that targets and quotas work. In 2015, the Victorian Government set a 50 per cent target for all new board appointments to be women because women were under-represented on boards. Within 5 years, the proportion of women on major boards increased from 39 per cent to 55 per cent.

Internationally, the majority of countries that top the World Economic Forum’s Global Gender Gap Index, such as Norway and Iceland, have successfully implemented targets and quotas to improve gender equality in leadership.

Norway has a quota of 40 per cent minimum representation of each gender in public companies. Iceland mandates that the ratio of female-to-male appointments to governmental or municipal committees, councils and boards be no lower than 40 per cent. And Denmark requires an equal composition of men and women on certain public committees, commissions and other bodies.

Critics say that targets and quotas just tell women they’re not good enough while overlooking deserving men. Merit, they say, is what matters. That’s true, but people forget that merit is a social construction – and what constitutes “merit” is generally inherently biased towards men in male-dominated industries and in most management and leadership roles.

Dr Niki Vincent says: “There’s plenty of evidence that merit often looks like the person who was in the role before.” Picture: Supplied

There’s plenty of evidence that merit often looks like the person who was in the role before. So when you say you want the “best person for the job”, ask yourself if that’s really true, or if you’re subconsciously stereotyping.

This isn’t about women not having merit – or not being good enough. It’s about removing the inherent bias so women can be seen for their merit and have a fair go at getting a job they are qualified for, rather than being overlooked because they are a woman.

It’s time to stop blaming women and look at the failure or bias of the system.

Paid employment was designed for men, by men, back in the days when men had a full-time wife cooking and cleaning and looking after them. While more women have entered the workforce, the structure hasn’t changed and we expect women to reshape themselves to fit this, when actually, it’s time to reshape the system.

But imposing targets without cultural change won’t work. There is no silver bullet, but the Commission is now talking every day with public sector leaders to help them embed gender equality in their organisation.

The first step is to get a stocktake of the current situation against which to measure improvement. Organisations must submit workplace gender audits to me later in the year, which will give us absolute transparency and accountability with hard data on where we are at now – and where we need to improve.

Once we have this data, we will consider where targets or quotas could help drive change – but I want to be clear that these won’t be imposed without community consultation first.

While the Act applies to the public sector, I’m confident it will spark change beyond that in the private sector because based on the current rate of change, gender equality will not be achieved for almost a century. I’m determined to accelerate this in Victoria and make our state a shining example for the rest of the country.