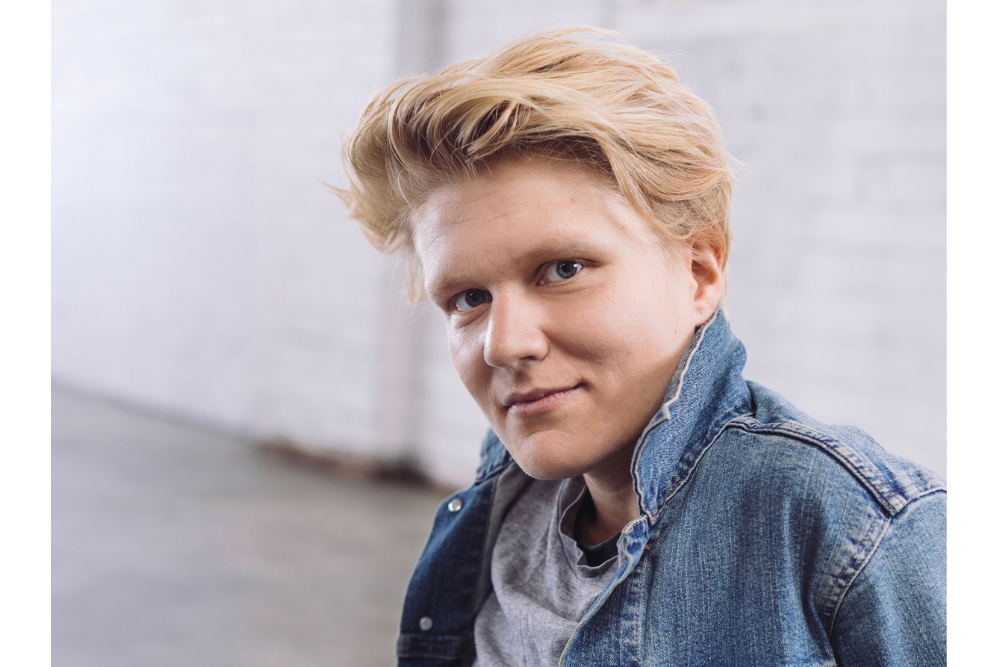 Notes from a transition: The Diagnosis Game 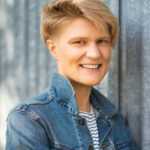 What follows is an extract from Yves Rees’ new book, titled ‘All About Yves: Notes from a transition.’ It’s published here with full permission.

I sink onto the red couch, clutching myself tight. I cross my legs, instinctive self-protection, then think better of it. Too feminine. Better to manspread a little. Before me, a coffee table houses a water jug, two glasses and a box of tissues. Typical shrink set-up.

The gender psychologist bends his lanky frame to pour from the jug. After handing over a glass, he settles into the armchair opposite. He crosses his legs, I note, but in that loose male way—one foot resting on the opposite thigh, crotch wide open. Still taking up space.

I look down at my own legs, spread them a little further apart. It feels insolent, to be so cavalier with my limbs.

The psychologist studies me over the rim of his glasses. He sports a white shirt and dark jeans, business casual, the slim-cut fabric flattering his elegant lines. No matter what happens, I’ll never achieve that lissom shape. I’ll remain forever stuck at 5’7″, with a pelvis built to accommodate a human skull.

The psychologist watches me and I squirm under his gaze. I don’t know what to do with my hands. Without thinking, I re-cross my legs.

The psychologist was accredited with the World Professional Association for Transgender Health (WPATH), the global body that oversees trans medicine. Since 1979, WPATH has published Standards of Care to guide the treatment of trans and gender-nonconforming people. By using WPATH Standards, the psych would determine whether I was suffering from gender dysphoria, the medical term for the ‘discomfort or distress that is caused by a discrepancy between a person’s gender identity and that person’s sex assigned at birth (and the associated gender role and/or primary and secondary sex characteristics).’

In other words, gender dysphoria was the wrongness associated with my assigned role of woman. I’d been born with female genitals, the world pronounced me woman, and now I was convinced there’d been a terrible mistake. That was dysphoria.

The psychologist’s role was to shine the light of science on my distress. If I was found to have sufficient gender dysphoria, I would be officially transgender. With that diagnosis, I could get the green light for hormone replacement therapy and gender-affirmation surgery. I could carry my transness around like certified document, awash with red wax seals and weighty signatures. The world would have to believe me. I’d be a legit member of Club Trans. Without the gender dysphoria diagnosis, I could get nothing. No surgery, no legitimacy. No hormones, unless I could find someone who prescribed testosterone via informed consent. Without the diagnosis, I’d be just a fucked-up woman, a lady with issues—disturbed, perhaps, but not trans. Or not, at least, according to the medical profession. 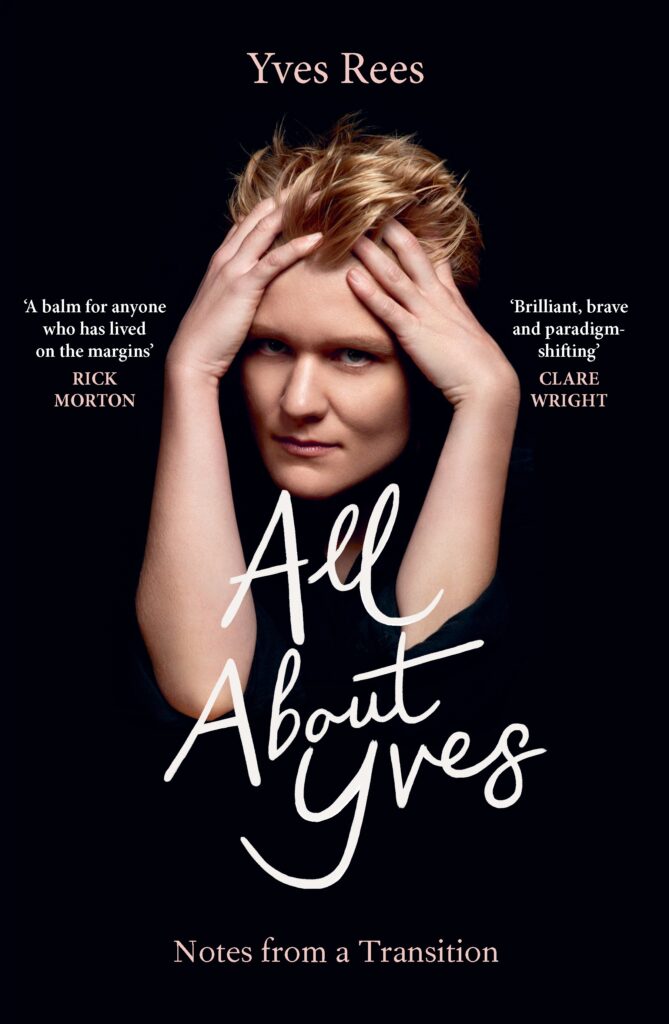 ‘All About Yves’ is a timely and thought-provoking memoir about the trans experience.

‘So, what do you remember of early childhood?’ the psych asks in our second session. ‘What kind of toys did you like to play with?’

He’s in a blue shirt today, a lanyard draped around his neck. I feel like an insect under a magnifying glass, a strange specimen ripe for classification.

‘Um . . . well, I liked playing with my older brother,’ I begin. ‘I idolised him. I always admired his clothes and wanted to look like him.’

‘Hmmm, okay.’ The psych scribbles a few notes. ‘And what were your favourite toys? What games did you play with your friends?’

I make some quick calculations. The true answer is that I played with Barbies. Doll’s houses. Dress-ups. I read fairytales. All the classic girl stuff. But that’s not answer the psych’s looking for. I’m supposed to say that I rolled around in the dirt with trucks and climbed trees with my catapult and always, always refused to wear pink. That’s what female-to-male gender dysphoria is meant to look like. That’s the trans script I’m meant to follow.

Only why is this new script as dull and narrow as the one I left behind?

‘Well, I played with a mix of toys, I guess. I had Barbies but also played heaps of cricket. We had Lego. I loved doing Warhammer with my brother.’

I’m spinning a story, telling neat tales of a tomboy childhood, once again inhabiting the character I’ve been assigned: the trans person, born in the wrong body, a sick person looking for a cure. This is today’s role. I must pull off the performance to get the diagnosis I need.

None of it’s a lie, not exactly—just a question of emphasis. I mention the skateboard; omit the pink T-shirts and fairy wings. The full truth is so messy, too messy to fit inside this antiseptic office. The full truth is not woman, but not man either. Rather it’s something else altogether, something outside the stale binary that limits our imagination.

The psych pauses to take notes, re-crosses his legs. I sip water to fill the space.

‘And how did you feel about your body during childhood?’

‘Well, I had an eating disorder as a teenager.’

‘An eating disorder? Really? Tell me about that.’ He’s excited now, pen flying, on the trail of some solid dysphoria points. I can see my tally rising.

This is all a game, I realise, not a quest for truth. The rules are obvious: love everything ‘masculine’, disdain everything ‘feminine’. Hate your body. Share trauma. Be a fuck-up, but not too much—psychosis is a disqualification. If you tick all the boxes, accumulate enough points, you’ll win the grand prize: gender dysphoria diagnosis, the golden ticket that opens all the doors.

The whole farce would be amusing if the stakes weren’t so high.

‘Simply put, diagnosis wields immense power,’ writes trans and disability activist Eli Clare. ‘It can provide us access to vital medical technology or shame us, reveal a path toward less pain or get us locked up. It opens doors and slams them shut.’

I would play along with the diagnosis game because I needed doors to open.

Dr Yves Rees (they/them) is a writer and historian living on unceded Wurundjeri land. Yves is a Lecturer in History at La Trobe University, co-host of history podcast Archive Fever, and author of All About Yves: Notes from a Transition. 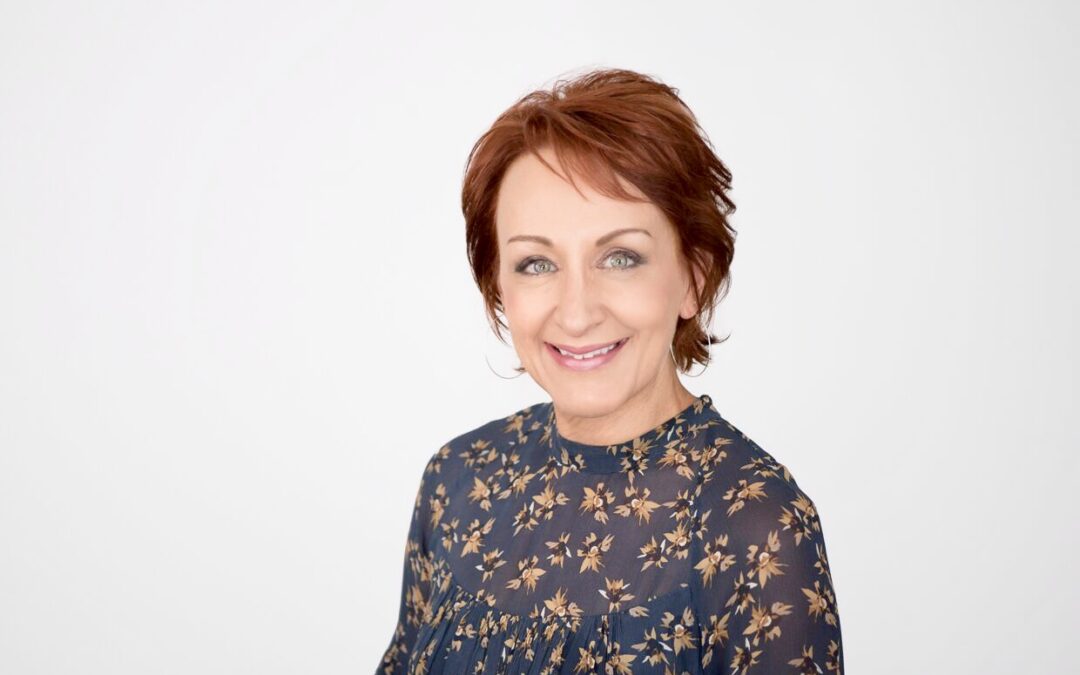