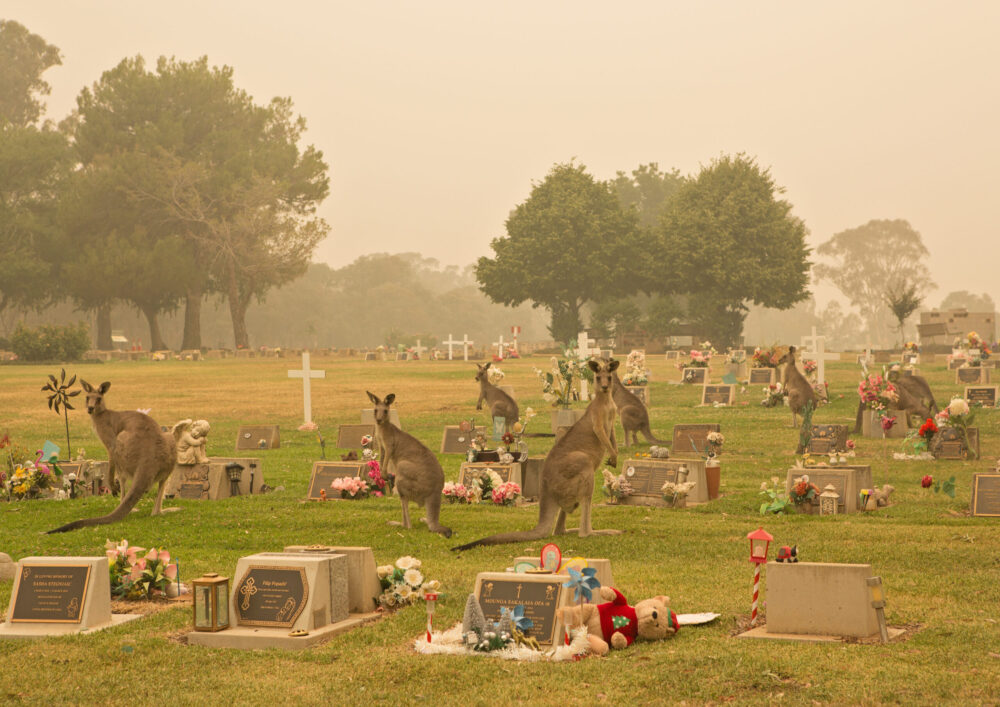 #everydayclimatecrisis is a visual petition of 1000 photos that will presented to the Australian Government in Canberra before the next Federal election. It will also be visible online via the link above. So far, I have 350 extraordinary submissions – a few of which are featured here. I’m hoping for many more!

This project is a call out to all women and non-binary people of Australia to create images about Australia’s climate crisis, in your local area and country-wide.

I started #everydayclimatecrisis because, instead of feeling helpless about climate change, we do have a voice (in this case, in the form of a camera). And we can use it to make change.

“Blah blah blah” is Swedish environmental activist Greta Thunberg’s rallying cry to the leaders of our world who seemingly put self interest and big business before humanity and the planet.

Yes. The dialogue from the School Strike For Climate kids are using is angry and mocking. In Australia, it seems that our Federal leaders play politics while we grapple with what the next decade will deliver.

The remains of a property destroyed by the bushfires in Sarsfield, Victoria, Australia on Tuesday the 7th of January, 2020. Picture: Christina Simons

In a patriarchal world, our governments and colonial systems have exacerbated inequality globally and we have come to a tipping point. We need a reboot. A gender equal world is healthier, peaceful and productive. We also need to include women, First Nations people and other vulnerable communities in decision making. Indigenous people see culture, climate and nature as inseparable.

Recently at COP26 there was much talk about the existential climate crisis humanity faces and the need to set targets. It is short-sighted just having the captains of industry and politicians making decisions. Targets need to encompass all parts of society. Research and collaboration between science, humanities and the arts is all important to gain an ethical path that allows a just transition to a sustainable future and justice for all humanity. 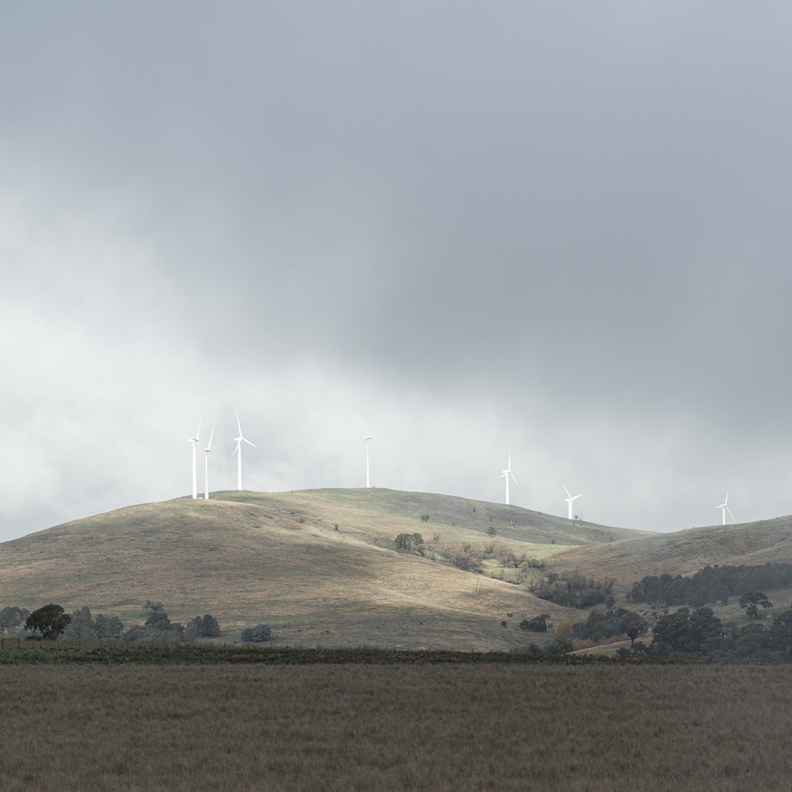 The majority of women occupy less permanent and/or part-time employment. Women are also responsible for the majority of unpaid work, care and volunteering.  The political response in Australia to the pandemic has shown us that women are more vulnerable to the economic effects of crises, than men. The pandemic has also shown us that it was the care economy which is often made up of women’s roles that kept our country going – roles like  child care, health care, aged care and cleaning.

The pandemic was the opening act. The climate emergency we face is the main event! With the global environment teetering on catastrophic failure it is more important than ever to take a holistic approach to solutions by embracing women and our First Nations’ people, culture and wisdom. The Women’s Climate Congress states that “nurture of life in the natural world and care for the Earth must be at the centre of every policy government decision”. This is why I have created the #everydayclimatecrisis Visual Petition to the Australian Parliament.

The petition does not require signatures or words, just photos. It a petition by women and non-binary people to photograph the effects of climate change in their area and share how they feel about it. Drawing from the old adage that ‘a picture is worth a 1000 words’ the aim is to get 1000 images which equates to 1,000,000 words.

Collectively 1000 images responding to the climate crisis from women all over Australia is a powerful feminist document!

Photographic images can be created using a phone camera, DSLR or film camera and there is no age limit or need to be a professional photographer or artist. Creators will always retain their own copyright and all images submitted are only used for the Petition and promotion only. It is important to include phone photographs as most people have a mobile phone and it is often the only camera we have on our person most of the time, making the petition as democratic as possible. The petition aims to give a voice to people who would not necessarily have a say including those most vulnerable to the effects of climate change.

Hence, the petition is an egalitarian approach to image-making and usage. The petition asks for personal images to be used in protest for the greater good. I call it photo activism.

In the petition title the word “everyday” is used. It is not the intention that the images are photographically or contextually ordinary, but it does mean that images illustrating the effects of climate change are seen “everyday” or more importantly that many of us think about this climate crisis “everyday”. Ironically, it is not everyday we have a climate crisis. This is a one off; our only chance.

By having women only submitting images challenges the industrial, capitalist and economic systems that have gotten us to this point. We need to be seen, heard and considered.

We want to represent how the climate crisis makes us feel and also know that by submitting our images to this petition we will have been represented because representation of women within the arts is still less than men. The document will be memorialising this moment in time and with the hope that it will become part of the national collection at the National Library of Australia..

Context is important. The climate crisis we face is existential and can be all consuming but there are dangers of narratives of doom and despair. Initially, the petition was only seeking images depicting the effects of this crisis, but thanks to some timely advice I realised that 1000 images of despair and failure would be too negative.

So, with this in mind I now seek a variety of images, including those that illustrate the beauty of the land we live on and the hope generated by illustrating humans doing great things to repair damage.

I want women to respond to the call out literally but also emotionally, personally and creatively.

It is necessary to show the wonderful power of nature to restore and regenerate. Too much negativity and our problems are seemingly insurmountable so by adding some positivity and hope can inspire and help and change our behaviours.

The first aim of the #everydayclimatecrisis Visual Petition is to have a tangible printed and digital record of this moment in time as documented by women and to be shared by women all over Australia.

The second aim of the #everydayclimatecrisis Visual Petition is to elevate women. Each woman who responds to the theme and submits to the petition will be represented in several ways as can be seen on our website.

Lastly, as with any petition there will be demands. The demands are to be collected from the photographers submitting at the same time as they submit their images.

Dr Emma Dawson from Per capita states “We need a new social compact for Australia, centred on the concept of care: care for each other, care for our communities, care for our environment, care for our future.”

Women Deliver have a set of  ideas that include: having women, First Nations and grassroots organisations as part of the decision making process, to include policies that help women’s resources and abilities to function and care after emergencies, to manage financial and recovery programs that include women and the care economy. A truly humanitarian future requires community, a care ethos and diversity!

The #everydayclimatecrisis Visual Petition needs to be more than a symbolic handover of 1000 diverse images. It will come with individuals’ demands and be on public record. If we can have our Prime Minister waving our petition around in Question Time rather than a lump of coal and that action being recorded in Hansard then possibly there would be no more blah blah blah!

Find out more about #everydayclimatecrisis here and submit photos.

Hilary Wardhaugh is a career professional photographer, based in Canberra and Queanbeyan