Breaking the seal of my late onset feminism 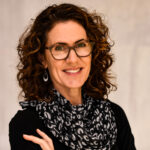 He’s back!  Harvey Weinstein, American film producer and convicted sex offender, was recently extradited from New York to LA where he faces 11 rape and sexual assault charges. He is also appealing his 23-year conviction in New York which he has been serving at the Rikers Island jail complex. This man, who has had over 100 women accuse him of sexual assault, has pleaded not guilty.

I have, in print no less, made the shameful admission that when I first heard of Harvey Weinstein and his sex crimes, I thought ‘casting couch’. A regretful and regurgitated brain-fart from my past where I had managed to duck and weave those situations with men where my hair would start to prickle at the back of my neck, all the while being fed the patriarchal narrative that women who didn’t must have asked for it.

I have Prime Minister Julia Gillard to thank for loosening the knots on those crusted-on narrow-minded views years before Harvey Vile-Stain was headlines. In her famous 2012 speech in Australia’s Parliament, she called out the hypocrisy of the leader of the opposition, Tony Abbott, in accusing her of being sexist.  Known as the Misogyny Speech, it was voted ‘most unforgettable’ moment in Australian TV history in a poll run by The Guardian in February 2020.  I remember it well, especially the bit where I scrambled for my computer and googled ‘misogyny’.

Pennies didn’t just drop; I was hit by the entire contents of a poker machine on pension day.  Ping, ping, ping, Tony Abbott was a misogynist!  I just didn’t know there was a word for it when I encountered him on a charity bike ride, years earlier. I knew he was arrogant, the way he would put the whole peloton at risk by riding erratically.  I knew he was ego-driven, trying to keep up with the fastest group.  But I never had the word for when he belittled and ridiculed the women who were riding in another group.  Women who had done the fundraising heavy lifting. Women who were challenging themselves to an extraordinary physical feat.

Julia’s speech inspired me when I’ve experienced sexism in the workplace myself. A former board member at a company where I worked got into a head-to-head dispute with the sitting Board Chair – they had a long, factious history – and insinuated that he must have been having an affair with me.  I didn’t even work in the same office as either of them, let alone the same State! I was a pawn in their shirt-fronting melee.

Previously I might have shrunk away from something like this but this time, I wasn’t going to take it lying down. I insisted that the comments be printed-out and put on the member’s record with a file note that I wrote myself.  I told a number of Board members that I was offended. I was surprised he wasn’t sanctioned. Needless to say, I didn’t stay much longer in that job. Hardly a powerful Julia moment I grant you, but when I reflect on my younger working life it was a far sight better than agreeing to have a job interview in a hotel room. Baby steps.

Even now my newsfeed is alerting me to more news of this ilk. This from the ABC, 4 Aug 2021, ‘Joe Biden says New York Governor Andrew Cuomo should resign after probe finds he sexually harassed multiple women.’  Eleven women were found to have credible complaints against the US Governor, for which he has denied all. Of course, now he has resigned, but not before a press conference of bleating about misinterpretations of intent and societal changes suggesting he is being judge for the past by standards of today.

Thanks to the #MeToo movement, which was started by sexual harassment survivor Tarana Burke and went viral when actor Melissa Milano encouraged all women to use it on Twitter when accusations against Vile-Stain emerged, I did not for one nano-second think anything but support and solidarity for yet another group of women speaking out. That monkey has well and truly been cut off my back. Mr. Cuomo, you might want to buckle-up.

So, in my Misogyny 101 course I have learned that the spectrum of hatred for women covers a huge expanse and can even infect women’s perceptions of women. If I could personally acknowledge the roll of Julia and Harvey in my awakening, here’s what I’d say:

“Julia, thank you for being so freckin’ awesome, for challenging my vocabulary, and for breaking the seal of my late onset feminism.”

“Harvey Vile-Stain, in paraphrasing a saying I found online, may the fleas of a thousand camels invade your crotch, and may your arms be too short to scratch them.”

Jo Pybus is a late onset feminist who shares observations from her life in the middle-ages through another late onset pursuit, writing. Having been a late onset athlete, her love of an endurance event led her to write a novel and become an advocate for menopause awareness.