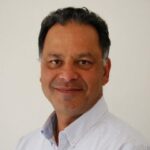 Female baby boomers came of age in the 1960s and 1970s and changed the world forever. It wasn’t just about hippies, flower power, anti-war demonstrations, sex, drugs and rock and roll.

The sexual revolution, underpinned by widespread availability of the pill and a dramatic rise in women going to university, started a long-term decline in fertility rates that continues to this day.

This is one of the things I discuss in my new book, Population Shock.

My interest in this topic goes back to my time in the Department of Immigration where for over a decade I had responsibility for migration and temporary entry policy.

While initially affecting developed nations, the long-term decline in fertility rates has extended to just about every nation on the planet.

As a result, the global population growth rate peaked in the 1970s and has steadily declined since.

Its forthcoming 2021 revision, which has already been delayed over four months due to its contentious nature, may reduce that peak by another 300 to 500 million with the peak in human population being reached well before the end of this century.

The 1960s and 1970s also started a boom in workforce growth, not just because male boomers started entering the work force in huge numbers, but career opportunities also opened up for female boomers.

Double income families, which had been unusual through the 1950s, started to become the norm.

They earned wages and started spending money like never before – unlike their parents who had been children of the depression and war years.

Surging private consumption and rapidly growing wages due to the strength of a highly unionized workforce meant we faced the combined effect of rising unemployment and runaway inflation.

But as the boomers begin to retire and die out, we enter a new era. The next step of course is for deaths to begin exceeding births.

The world’s oldest population, Japan, reached that point a number of years ago. Its population is shrinking by around 500,000 per annum. This may rise to 1 million per annum by the end of this decade.

Over the next 10 to 15 years, many other nations will join Japan with a shrinking population. These include China, Russia, Italy, Spain, the Ukraine, Germany, South Korea, Taiwan, Greece, Poland and many others.

So many major nations with shrinking populations is unprecedented in human history.

While shrinking populations may appear to be a positive for the environment, shrinking economies make it much more difficult to afford the cost of transition to a less emissions intensive economy.

Russia’s Putin and China’s Xi are desperately trying to encourage families to have more children but with very little success.

The pill may have started this trend, but we need to act now to prevent our fertility rate falling too much further and accelerating our rate of population ageing. Better childcare policies and publicly funded early childhood education may be not just good social policy but also good economic policy.

Dr Abul Rizvi is a columnist and former Deputy Secretary of the Department of Immigration. He was awarded the Public Service Medal and the Centenary Medal for services to the development and implementation of immigration policy, including in particular the reshaping of Australia’s intake to focus on skilled migration. His latest book is called 'Population Shock.'