Women vs gender: What’s in a word?

But words matter. They motivate us, they deflate us, they give form to our thoughts, hopes, dreams and actions. They excite us, inspire us, sadden us, frighten us, and anger us. And sometimes they are symptomatic of a broader political agenda that is so arcane most of us can’t get our head around it.

So, women vs gender equality. What’s going on?

First of all, this argument over nomenclature – which is not confined to Julie-Ann Guivarra’s job title – has been hovering around for years. It is not new.

Back in 2003, speaking at a conference in Canberra, renowned feminist Anne Summers railed against assumptions that gender equality had been achieved and the concurrent push to replace the word “women” with “gender”.

“Gender is a nice, safe, academic term,” Dr Summers said. “It addresses theories, and concepts. In the process, the actual facts of women’s lives all too often get lost. It is all very well to have a gendered perspective to understand power differentials but we should not lose sight of the basic conditions of women’s status in relation to men and in relation to the goals we set ourselves a generation ago.”

It is all very well to have a “gendered perspective” but we should not lose sight of the basic conditions of women’s status in relation to men.

Seventeen years later, and the debate is still live and well. Jacqui True, director of Monash University’s Centre for Gender, Peace and Security, is strongly opposed to Dr Summers’ position.

“If you want to understand why women are invisible, why they are hidden, why their experiences are not given equal weight, why they don’t have a seat at the decision-making table, then you have to have a gender analysis,” she says.

“You have to address gender power dynamics that have meant men are in leadership positions in politics and in international peace and security. You need to address some of the gender assumptions about the kinds of people – the qualities and the characteristics – that are most effective in these forums.” 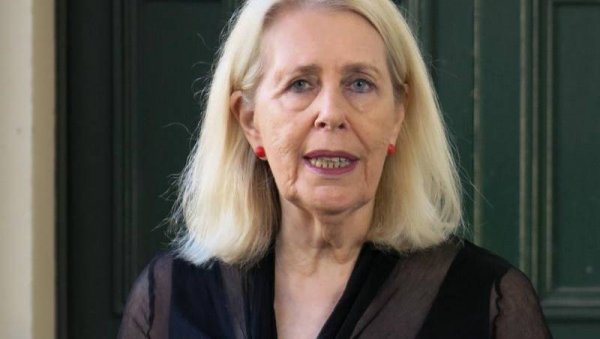 Lisa Sharland, head of international program at the Australian Strategic Policy Institute, is ambivalent about whether women or gender is the preferred usage.

“I agree that language is important. And there is some risk of losing the focus on women if the word is replaced by gender equality. But I don’t have a firm view in this instance, largely because I think it is important that we focus on the change we’re trying to achieve, and whether such changes to terminology are likely to support those efforts,” Ms Sharland says.

However, she acknowledges that changing the word, such as in Julie-Ann Guiverra’s ambassadorial role “reflects a default language and perhaps reflects a change in strategy” by the Department of Foreign Affairs and Trade.

“The new title aligns more clearly with the vision set out in Australia’s 2017 foreign policy white paper, which identified gender equality as a critical component for building international engagement.”

It also, as Professor True points out, aligns strongly with the 2016 Foreign Policy Gender Equality Strategy.

Trish Bergin, co-director of the 50/50 Foundation at the University of Canberra, was formerly the head of the Office for Women, within the Department of Prime Minister & Cabinet. Upon her arrival in 2017, there was an active discussion about whether to change the name to the Office for Gender Equality.

“It was thought the change would make it more inclusive. That it is important in public policy to recognise non-binary people and their lived experiences. Just as we focused on the lives of women as a cohort of the population and how policy impacts them, so too should include non-binary cohorts,” Ms Bergin says.

“It would also follow a global trend, with both the UK and Canada both having gone down that path.”

While the UK now has the Gender Equalities Office, Canada hedged its bets with its department’s title: Women and Gender Equality Canada (WAGE). New Zealand, in the meantime, has stuck with its Ministry for Women.

For feminists, changing the title from women to gender equality is a dilution.

“For feminists, changing the title from women to gender equality is a dilution,” Ms Bergin says. “They would point to the fact that women are not equal anyway. That the goal of equality has not been reached. They would say their cause has not been fully progressed and now they are being asked to take a backseat again.”

Since 2000, the United Nations Security Council has linked gender equality to the maintenance of international peace and security. The protection and empowerment of women in conflict-affected countries is a fundamental agenda of the security council – which comes with the title “women, peace and security”.

Professor True, however, has some concerns with that name – which has survived two decades of disputation.

It can lead to the assumption that women’s roles and capabilities as mothers given them a particular and specific purchase on peace.

“The problem with women, peace and security is that it can lead to the assumption that women are naturally biologically endowed with peacemaking skills and that somehow, their roles and capabilities as mothers given them a particular and specific purchase on peace,” she says.

“Which, of course, conforms to this very stereotypical, unequal, gender order that we are trying to challenge and transform.

“I’ve heard UN panels refer to peace as the sacrificial love of mothers – but that really isn’t going to do anything to challenge the militarised, masculinised structures and approaches to bringing peace and security. It’s actually keeping them in place.”

“It’s called Parliament,” Greens senator Larissa Waters piped up. And touche to that!