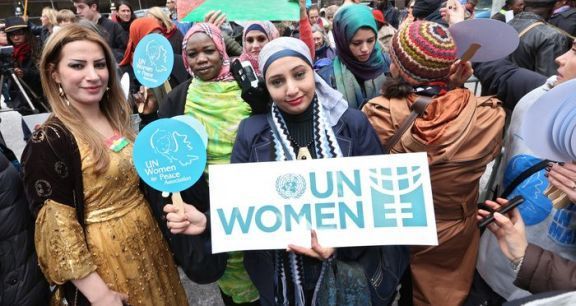 COVID-19 has taken its first UN casualty following the decision to postpone the annual mega-conference on women’s rights which was scheduled to take place in New York from Monday.

A replacement version of the event – which cuts it from 11 days to one on March 9 – will merely be a procedural meeting to adopt a draft political declaration marking 25 years since the signing of a historic women’s rights declaration in Beijing.

That means there will be no general debate. It also means, more importantly, that dozens of side events attracting thousands of attendees won’t go ahead.

There are some who think it might have provided a convenient strategy to shut out voices and limit participation of civil society.

While the official reason for the postponement is containment of the coronavirus, there are some who think it might have provided a convenient strategy to shut out voices and limit participation of civil society by the Commission for the Status of Women.

Certainly, the criticism is building momentum.

The British Mission to the UN tweeted on its official feed yesterday: “We must ensure full and inclusive #CSW64 discussions take place later this year”.

International Women’s Health Coalition tweeted: “#CSW is too important to continue without centering the voices of the feminist movement.” 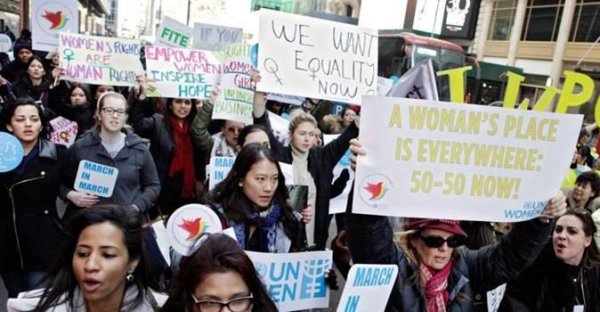 Certainly, in 2015 when I was elected as a delegate for civil society to CSW, I witnessed firsthand the shrinking space and backlash against progressive feminist voices. As the political declaration was moved without debate, we protested with our mouths taped shut on the UN steps.

Both meetings are seen being as critically important to the task of the UN meeting the quickly looming 2030 deadline for achieving global gender equality.

This year’s meeting was to have been held ahead of two other UN women’s meetings: one in Mexico in May and another in Paris in July. Both are seen as being critically important to the task of the UN reaching the quickly looming 2030 deadline for achieving global gender equality.

Protest at UN over silencing of women’s voices

Globally, women’s human rights defenders are under threat, feminism is facing a backlash and spaces for progressive civil society advocacy are closing. Women’s rights advocates are merely holding the line on the goals set out for gender equality in the Beijing Platform for Action 25 years ago. Meanwhile, conservative regional blocs are voting down progress on gender equality.

The CSW no longer seems to be a place where women’s and feminist organisations can express their views.

Back in 2015, Joanna Manganara, president of the International Alliance of Women, wrote: “The CSW no longer seems to be a place where women’s and feminist organisations can express their views and influence the development of policies that affect women’s lives and futures.”

Those sentiments are building momentum. The anger is palpable as we watch women’s organisations internationally being defunded. Progress towards gender equality is uneven and the risk of regression is ever present.

The exclusion of civil society through visa restrictions, access pass restrictions, and now health-based decisions severely restricts informal discussions, hampering their ability to influence the progress of the negotiations.