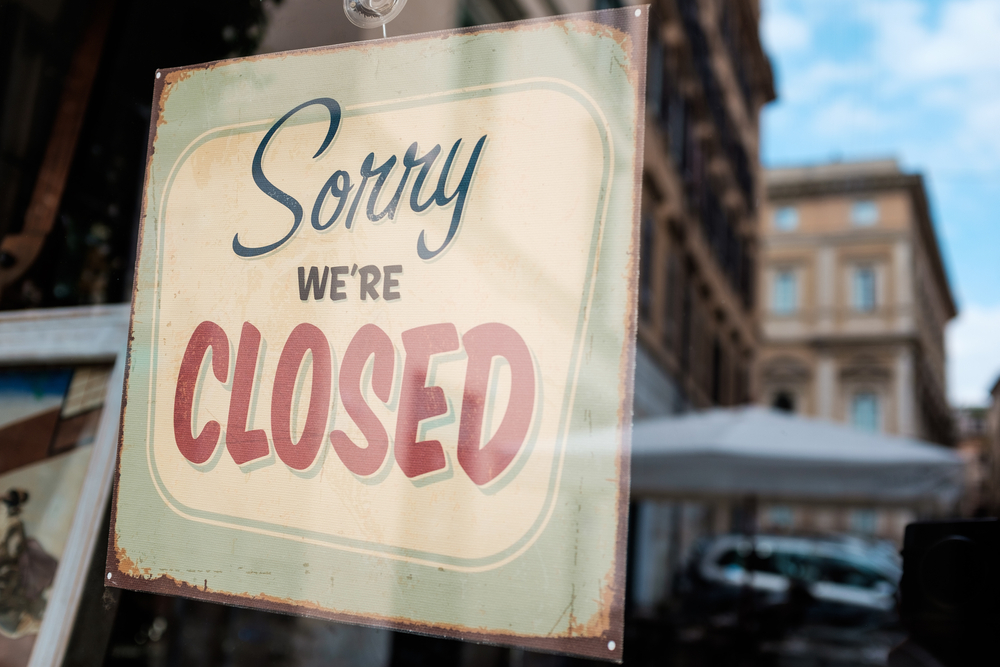 No avatar available for user with id . Jane Goodall

Just before the NSW lockdown came fully into operation in March, we visited a nearby village that is a favourite weekend destination. Many of the stores and cafes were already closed, but there was a small shop with a sign outside advertising hand sanitiser. It was a gift shop, newly opened, and the owner was laying out merchandise with the help of her little daughter, who looked about eight years old. We had a chat.

It was bad luck, I said, having her opening weekend coincide with the announcement of restrictions. She was philosophical. The lease had been signed months ago, even before the bushfires started. These were uncertain times, and everyone just had to get by as best they could. As a sole trader, she didn’t think she’d be eligible for any of the support schemes.

A couple of weeks ago as restrictions began to ease, I was in a neighboring suburb where there’s a fashion boutique I especially like. It’s run by a woman in her 40s with a warm personality and an eye for good things. A couple of years ago she was doing so well she moved to larger premises and employed a couple of assistants. This time she was there on her own, and there was an air of bravery about her smile. “We’ll get through this,” she said.

Small businesses have taken a battering during COVID-19

Would the JobKeeper scheme help? In theory, she said, but payment was delayed. Meanwhile, the beautiful autumn raincoats, party dresses, and racks of stylish workwear hung neglected. How many thousands of dollars of investment did they represent?

I asked both these women if they had heard of universal basic income. They had, and were interested as I sketched out some of the benefits: no application process, no ineligibilities, no bureaucratic delays, and a true basic income plan would not be end-stopped, so it would enable long-term budgeting strategies.

Their customers would also get it, so there would be more spending money in circulation. If in coming months they found things were turning around and cashflow was improving, the additional income would enable them to repay any rental arrears or other debts that might have accumulated during the crisis period.

One of the most distressing things to small business owners in hard times is inability to pay staff. “They’re my team, they’re my family,” Brisbane shopkeeper Lynne Argent told A Current Affair in late April, when she was still awaiting payment of the JobKeeper supplement. Very few people in her position would have the $12,000 to $16,000 in the bank to enable the payroll to continue, she commented. With a basic income, staff would automatically be receiving payment.

It is somewhat unconventional to argue the case for universal basic income on the grounds of its benefits for small business. Most advocates start with a focus on those who are down and out in the economy.

It is somewhat unconventional to argue the case for universal basic income on the grounds of its benefits for small business. Most advocates start with a focus on those who are down and out in the economy: the homeless, the unemployed, carers and sole parents without a source of regular income. The idea of a universal or unconditional basic income thus becomes associated with debates about welfare and unemployment.

Recent trials in Finland and Ontario were oriented towards assisting individuals to escape the poverty trap and find suitable long-term work. Although both studies showed strong evidence that the provision of basic income improved physical and mental health (hardly surprising), neither succeeded in the second of objective.

The Ontario trial was abruptly terminated in July 2018 – less than half way through its intended duration – by Premier Doug Ford’s incoming conservative government.

In Finland, many participants remained unemployed at the conclusion of the trial. You can’t get jobs that aren’t there, so only one side of the equation was being considered.

Universal basic income would underpin the economy as a whole.

Significant as the benefits may be for participants in these trials, the concept of universal basic income is much larger and more fundamental than such randomised approaches are able to show. Basic income should not be about rescuing individuals who are perceived to have somehow failed in our economy. It should be about underpinning the economy as a whole.

Small business provides us with a good example of how it might work in a local economy, where the aggregate effect of owners, customers and staff could contribute to a thriving trading environment.

The dead high streets visible in so many regional towns might gradually be brought back to life with a basic income “floor” to sustain them. Residents with diverse skills and interests might find ways to collaborate in opening up a shopfront and would be in a position to resist competition from voracious franchise operations.

Here, opportunities for women are a vital aspect of the scenario. Government figures show that the two decades between 1999 and 2019 saw a steady increase in women as full-time business owner/managers from 19.9% to 23.7%. That’s modest – just 4%. What if we were to see that rate of increase multiply five or tenfold, and along with it the volume of localised trade, training and employment?

The dead high streets visible in so many regional towns might gradually be brought back to life with a basic income “floor” to sustain them.

If you think this is a fantasy, compare it to the fantasy of global trade, with its ugly cargos of live animals, its dependencies on virtual slave labour in developing countries, its increasingly precarious investments in tourism and overseas students, and its corporate controls over our earth and our waters.

We are in a crisis that is forcing us to wake up to more traditional and enduring forms of economic reality. We must learn again to feed, clothe and house ourselves without deriving these essential resources from massive and unstable international markets. This won’t happen if we don’t reinvest in a citizen-based economy.

Politicians who like to talk about “handout dependency” need a serious cognitive make-over. Basic income reduces dependency – on employers, partners, landlords and government agencies. This is one of its greatest benefits for women. It enables much higher levels of economic independence across the social spectrum, and opens the door to the kinds of co-dependency from which new enterprise can be born.

Part 1 in this series by Emeritus Professor Jane Goodall, A ‘magic money tree’ Mr Treasurer? was published on 18 May. You can find it here.