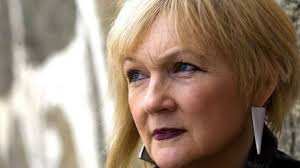 The silence of the unseen: Griselda Pollock on women artists

Griselda Pollock says she could describe herself as a “post-colonial, queer, feminist, international, social historian of art and cultural analysis”.

That would make sense. She is all of these things.

“Then again, I could take those five names and throw them up in the air. Is it queer, post-colonial feminist? Is it social, feminist post-colonial queer? I don’t see these as labelling myself. They are obligations placed on me to think of that complexity because it’s tangled all the time,” she says.

Welcome to the wonderfully complex, intersectional world of art historian Professor Griselda Pollock – a woman who embraces names and identities and who has, over the past 50 years, gone in search of the missing women of the 20th century art world.

Pollock, who is regarded as one of the most influential art theorists of our era, will be in conversation during a four-day virtual conference hosted by the National Gallery of Australia this week to kick of it’s blockbuster summer art exhibition – Know My Name. The exhibition is an expansive collection of works featuring Australia’s female artists from 1900 to today and who have largely been hidden from our telling of artistic and cultural history.

During her conversation with artist Sally Smart, who is also a Vice-Chancellor’s Professorial Fellow at the University of Melbourne, Professor Pollock discusses her profound contribution to how we understand the hidden language of art markets and curatorship and how she brought an entirely new framework into how we see the role of women artists over history.

So profound has been Pollock’s contribution, in March this year she became the only art historian to be awarded the prestigious Holbert Prize from the Norwegian government. Her citation said: “Since the 1970s, Pollock has been teaching and publishing in a field in which she is not only a renowned authority, but which she helped create.”

First awarded in 2004, the Holberg Prize comes with an award of 6 million Norwegian kroner – about $900,000 – to a researcher who has made an outstanding contribution in fields in the humanities, social sciences, law or theology.

Professor Pollock has been an academic at the University of Leeds since 1977, becoming the director of the Centre for Cultural Analysis, Theory and History in 2001.

During her conversation with Smart, Pollock notes that she is a very much a product of the women’s movement of the 1960s and 1970s.

“Without the women’s movement, I would have been, I don’t know, a boring assistant in a backroom of a bookshop or something like that,” she tells Smart.

“I got caught up in the tumult and excitement and the extraordinary transformation of this period. [However], I was a feminist before that for two reasons – I had a mother who went to university in the 1930s and she had an aunt who went to university in the 1910s. They transmitted to me the idea that this is what women did -they studied and they had a purpose in life. And then I read The Second Sex by Betty Friedan.”

Pollock wholeheartedly embraced the radicalism of the time and when she wasn’t involved in student occupations and the like, her study of art history brought a major realisation – women were relegated to the side-lines of the art world.

“It wasn’t that women weren’t there. You could open a book on Impressionism and there would be a mention of Mary Cassatt. But it was the terms on which they were there. They were the followers,” she says.

As an active member of the women’s movement, she found herself surrounded by women artists, but there were no critics with any interest in them. When she realised that over the centuries there had always been women co-creating art with men – but they were absent from the canon of great art – she felt she had a duty to record their efforts so they didn’t just disappear.

“Then I found Helen Frankenthaler, Lee Krasner, Georgia O’Keeffe and Meret Oppenheim. They were still alive and in their maturity as artists but they were not being taught [in art history courses].”

She came to the realisation that the history of modern art had become “systematically exclusive”.

“We had to explain why they were being disappeared in their own lifetimes and what the structure was that needed to negate women.”

Her work was not about “recovering and re-including”, she says, but to ask the question why our idea of the great artist was relegated to that of a white man – Christian-European masculinity – “in the face of the infinite diversity of creativity in the world, in all cultures, in all forms.”

Pollock says she came to see there was cultural complicity among critics, curators, writers, collectors and artists throughout the 20th century”.

Curators would say they chose works based on value and quality. But their understanding of art – of value and quality – had been taught to them in their university art history classes and came with and replicated a host of implicit assumptions.

“The curators became the keepers, the carriers of the story they were given,” Pollock says.

“I find curators in general are afraid to step out of line,” she says.

“The other thing I’ve found is an imagined notion of the public. As if the public itself is not composed of complexity and difference. And they mustn’t be frightened by any kind of discussion about art that is deep and searching and relevant. So when you go to an art gallery, you are going to learn a foreign language; a language of great artists, and great movements and a certain way of thinking why something is great.

“We are in a cultural battle for the minds and souls of the public to understand what they are not being shown; what they never get to see.”

Know My Name conference is being held 10-13 November. The exhibition opens at the National Gallery of Australia on November 14.