The road to recovery needs to be equal

If toilet paper stashes are anything to go by, Australians were expecting a much longer time in lockdown. Thanks to a largely bi-partisan national cabinet, independent medical officers and widespread community cooperation – coupled with the enduring luck of our geography in an isolated corner of the Pacific – we’ve avoided the devastation being wrought in other places across the world.

Of course, it’s not yet over – there could yet be a second wave and vaccines are some time away. But that isn’t stopping cautiously optimistic preparations for the road to recovery.

But what does recovery mean?

Recovery: A return to a normal state of health, mind and strength.

The allure of this definition is the promise of normal.

Backwards slowly from phase 3 through to 1. We’ll be free to picnic and play in the sun first, then return to work, non-essential shopping, cafes and restaurants before the final signal of all being well again – the opening up of mass sports events. There is even the delicious prospect of a trans-Tasman trade and travel zone on offer with our New Zealand neighbours. Hobbiton anyone? But what if normal wasn’t so good for you? Gender pay gaps, segregated workforces, long commutes, expensive childcare and a lack of empathy and support for remote and flexible working. Who wants to go back to that?

Not Sonya Renee Taylor, author and founder of The Body is Not an Apology:

“Our pre-corona existence was never normal other than we normalised greed, inequality, exhaustion, depletion, extraction, disconnection, confusion, rage, hoarding, hate and lack. We should not long to return, my friends. We are being given the opportunity to stitch a new garment. One that fits all of humanity and nature.”

There is another definition of recovery: The action or process of regaining possession or control of something stolen or lost.

This is recovery as effort, not return; the hard work needed to reclaim something.

If the pandemic has revealed anything it is the dependency of the economy on women’s work.

For women, it’s a nuance of extreme importance. If the pandemic has revealed anything it is the dependency of the economy on women’s work. After decades of unequal pay and marginalisation from financial decision making, Australian women have found themselves during pandemic as the essential workforce of the State.

In early childhood education, teaching, retail and, of course, the care of sick, aging and disabled loved ones, women have kept the economic and social wheels moving in crisis. They’re work is the scaffolding upon which all other economic activity is built.

That’s why, as preparations begin to open Australia up again, gender equality must be part of all aspects of economic revival. Stimulus, budgetary planning, business investment and job creation strategies must all be gender equal. Anything less will be a half-assed attempt at prosperity. Despite all the evidence, instead of investing more in women and girls, Treasuries across Australia have eroded the nation’s early global leadership in gender responsive economic analysis. Not only have they failed to invest in new data and new approaches, but they have also failed to protect what limited gendered economic tools there were from cuts.

Treasury even allowed the Australian Bureau of Statistics’s Time Use Survey, which examined the gendered load of unpaid work in the Australian home, to be cut. This short-sighted budgetary saving in 2006 has had a long-lasting economic consequence for Australian women, denying policy makers and researchers with the evidence they need to correct underinvestment in the care economy. It will, thankfully, be run again this year.

The one-off payment to “tradies” and small businesses with employees, left female micro-enterprises out in the cold.

So far national economic decisions in the wake of COVID-19 have lacked a gender lens. The one-off payment to “tradies” and small businesses with employees, left female micro-enterprises out in the cold. The policy of early superannuation withdrawal, which has been voraciously taken up, were introduced with little recognition that the harm to women, whose retirement reserves are markedly lower than men, would be significant.

And while free childcare was a pivotal announcement, and should be retained when the pandemic is over, the policy needs extensive work to ensure that the largely female workforce is properly remunerated and businesses thrive under a universal structure.

No doubt in the coming months, direct stimulus payments to households will be replaced by large, nation-building infrastructure investments, creating thousands of jobs across the country. But if rebuilding Australia only focusses on bricks and mortar, and not social infrastructure too, then the jobs program will largely benefit men at the expense of women.

Treasuries have shown resistance to gender equity even in the most feminist of states. 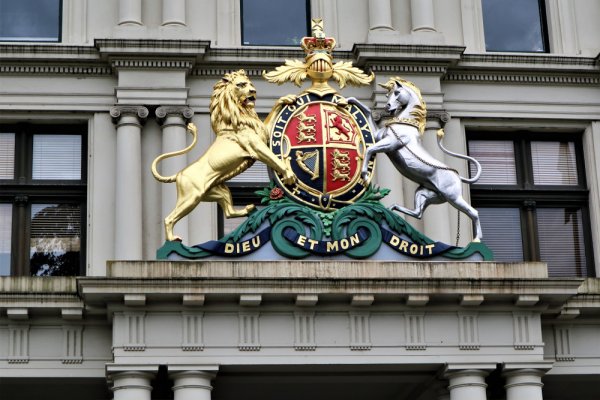 Victoria, which recently passed the nation’s first Gender Equality Act, was midway through a parliamentary inquiry into gender responsive budgeting before the pandemic hit. Several experts and organisations, like Gender Equity Victoria, had already been calling for a strengthening of gender economic thinking through the creation of a Gender Equality Budget Group. Modeled on a similar version in the UK, the Gender Equality Budget Group would bring together feminist economists, social policy experts, public servants and the academy in a partnership to nurture gender responsiveness within the Victorian economic analysis.

Gender Equity Victoria advised the Public Accounts and Estimates Committee in a written submission last year, that the cost of establishing a Gender Equality Budget Group was a modest $1.05 million over four years.

The amount is a drop in the ocean.The Victorian Treasurer, Tim Pallas, has the discretion to allocate funds to this project without waiting for the 2020-21 State Budget, which has now been delayed until October. Last year alone, he appropriated over a $1 billion in advance payments for everything from tunnels, to multicultural policy statements to the Flemington Racecourse grandstand upgrade.

It seems it is easier to get a Treasurer’s advance to watch a horserace than it is to watch over gender equality in the State Budget.

However, no money for the Gender Equality Budget Group has been found to date. It seems it is easier to get a Treasurer’s advance to watch a horserace than it is to watch over gender equality in the State Budget.

A few weeks ago, GenVic was told by a senior Victorian Treasury official that engaging in economic discussions about gender equity were “not necessary at this time”.

Women in Victoria, across the nation and the world beg to differ. A global pandemic is precisely the right time to bring women equally to the fiscal table.

Because money matters. And on the road to recovery from COVID-19 it will matter even more.

The failure to invest properly in women and girls and include them equally in economic decision making is not just a problem at a government level. The Australian Women’s Donor Network found in its inaugural mapping of philanthropic giving, that only 12% of grants go to projects for women and girls. Scale Investors, which supports female entrepreneurs, found that only 3% of venture capital goes to female business founders. And at an international level, the OECD has found that only 1% of gender focused aid goes to women’s organisations.

Gender inequity in economics, like COVID-19, has no quick fix.

But it’s heartening to see a number of jurisdictions, like the State of Hawaii in the US, with an openly feminist economic plan for recovery, where gender equity is centre stage.

To succeed against the health and economic consequences of this virus in Australia we will need the genius of both men and women applied to finding the right treatments and ultimately a cure. This means doing away with stale pale male paradigms of medical treatment and neo-classical economic theory, which pretend that the caring labour of women in the ward and the home is without value.

If we don’t do this deep work to recover gender equity, you can expect a two-lane economic recovery – where Australian men are on a fast-track, given the green light of public investment, while women are stuck in the slow lane – short changed, under-valued and going nowhere.

Gender Equity Victoria’s Joint Statement on Gender Equity & COVID-19 calls on government to do 10 things now to support women and gender diverse people through the pandemic. It has been endorsed by 85 organisations.