The paradox of power: Why men target women leaders

There’s a scene in the movie Bombshell in which the character Kayla Pospisil, a young and justly ambitious producer within the Fox News empire, is called to a one-on-one meeting with the obesely rotund chairman and CEO Roger Ailes.

Kayla’s excitement that this might be her big break turns in to unmitigated humiliation as Ailes commands her to “stand up and twirl for me”. The degradation continues as he urges her to lift her skirt, higher and higher, until eventually her underwear can be seen.

The scene is excruciating to watch and it belongs to the well-worn narrative attached to workplace sexual harassment; that of the powerful male boss who uses and abuses his position to persecute, abuse and exploit women who are almost always younger and more junior.

A scene from Bombshell.

But an important 2012 research paper from the US flipped that narrative on its head. It found that women in positions of power are even more likely to be sexually harassed than their junior counterparts – prompted, one assumes, by their male colleagues’ feelings of resentment and overcompensation.

“Many still view the typical harassment scenario as one involving a sleazy male boss and powerless female secretary … the reality is far more varied,” the paper, published in the American Sociological Review, said.

Sexual harassment can serve as a great equaliser against women in power, motivated more by control and domination than by sexual desire.

“Theory and research on gender stratification often make the implicit assumption that problems such as sexual harassment, sex discrimination and workplace bullying will recede if and when women attain greater power at work,” the analysis by Heather McLaughlin from the University of Minnesota and colleagues, says.

“Yet power in the form of supervisory authority also provokes backlash from clients, subordinate and fellow supervisors.”

It is what McLoughlin called “the paradox of power”.

The findings of the paper have been replicated elsewhere. A study from the Swedish Institute for Social Research at Stockholm University in 2019 women with supervisory positions experienced between 30 and 100 per cent more sexual harassment than other women employees.The findings were true, it said, across the US, Japan and Sweden – three countries with radically different corporate cultures.

Johanna Rickne, an author on the study, has said the researchers had expected to find women with less power in an organisation being more susceptible to harassment, but the opposite was true.

A supervisor is exposed to new groups of potential perpetrators. She can be harassed both from her subordinates and from higher-level management within the company.

“A supervisor is exposed to new groups of potential perpetrators. She can be harassed both from her subordinates and from higher-level management within the company,” Rickne said.

A study of the Australian Public Service in 2016 came to a similar conclusion, but round the link between gender and workplace authority was not as “clear cut” as expected. It found that age played an important role with women aged 30-44 with supervisory authority “more likely to be sexually harassed compared to their counterparts without authority”. The author, Jan Wynan from the University of Antwerp, suggested that with less experience, the younger women were “less competent” at dealing with harassment than their older colleagues.

Using longitudinal data and qualitative interviews from the US Youth Development Study, McLoughlin’s study set out to test the theory that women in power might be more frequent targets of sexual harassment, rather than less.

“Sexual harassment can serve as a great equaliser against women in power, motivated more by control and domination than by sexual desire,” they write. 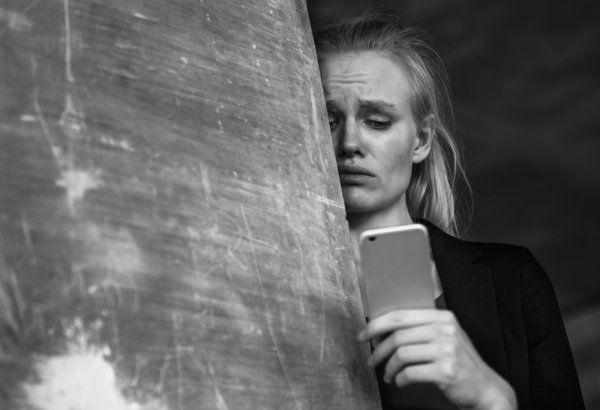 “Although women supervisors’ authority is legitimated by their employer, sexual harassment functions, in part, as a tool to enforce gender-appropriate behaviour,” they write.

“Women supervisors repeatedly spoke about feeling isolated and of harassment by co-workers and subordinates directed at putting them in their place. Still, they tolerated such harassment to keep their jobs.”

The researchers also write of the social isolation experienced by many women in senior positions, which is turn leaves them vulnerable to harassment.

“Women supervisors were told ‘this is no place for women’, and men and women who diverged even slightly from rigid gender expectations elicited taunts and more menacing responses.”

While legal and organisational responses have evolved, the “cultural image of harassers and targets has not kept pace with workplace reality”.

The authors note that while legal and organisational responses have evolved over the past three decades or so, the “cultural image of harassers and targets has not kept pace with workplace reality”.

They say that workplace training must extend towards sexual harassment needs to go beyond the male boss/female subordinate stereotype and be more inclusive of the realities.

“Effective grievance procedures must also enable targeted workers to come forward without undermining their own authority.”

With organisations across the world adopting policies to increase diversity in their senior executive roles, the findings point to a new complication. In taking on positions of authority, they may in fact also be taking on a greater risk of sexual harassment.