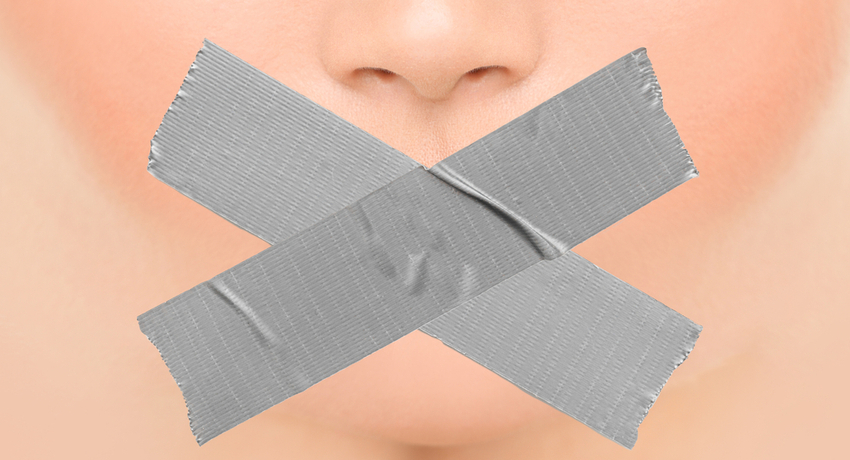 This year may well prove the breakout year for sexual harassment and sexual assault in the workplace. The #MeToo/Harvey Weinstein moment Downunder.

Perhaps it will be the first opportunity since the original introduction of sex discrimination legislation in the mid-1970s in South Australia under Premier Don Dunstan and Attorney-General Peter Duncan for this potentially criminal offence to be identified rightly as a key aspect of workplace safety and not some side issue to be managed by teams of lawyers.

From Adelaide University to AMP and QBE, we have seen a raft of highly-publicised cases across academia, business and the public sector, including the police.

The use of legal devices, such as non-disclosure agreements (NDAs), have been highlighted as one of the means institutions and powerful individuals deploy to keep secrets. They are gag orders and are used to further intimidate and control victims of sexual assault and abuse. 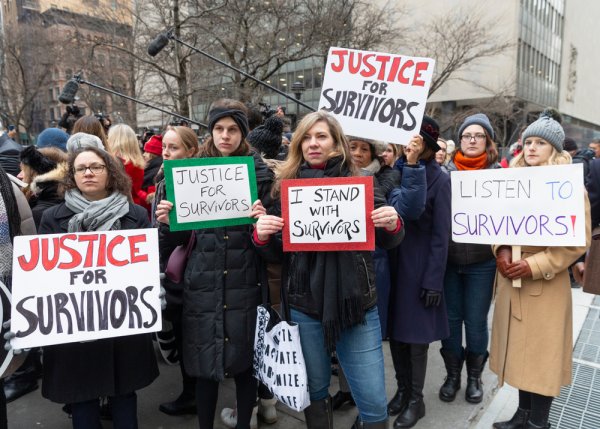 A protest outside the Harvey Weinstein trial in New York.

From Ronan Farrow’s book Catch and Kill we learned that NDAs were embedded into Harvey Weinstein’s business model. They gagged his victims, allowed him to destroy careers, and carry on his predations behind a wall of silence, enabled by executives and lawyers.

Indeed, from the ground-breaking work of Victorian Parliamentarian Fiona Patten in her examination of child abuse by religious institutions, we discovered churches used NDAs to silence victims of abuse about the tiny amounts of financial compensation they were offered, let alone details of the abuse. It ultimately took a Royal Commission to show us all the widespread and deep history of abuse perpetrated by clergy in our churches.

We discovered churches used NDAs to silence victims of abuse about the tiny amounts of financial compensation they were often offered, let alone details of the abuse.

Earlier this year Federal Sex Discrimination Commissioner Kate Jenkins delivered her major report, Respect@Work, which discusses reforms to the use of NDAs.

“The Commission heard about the benefits of NDAs in sexual harassment matters in protecting the confidentiality and privacy of victims and helping to provide closure,” the report says. “However, there were also concerns that NDAs could be used to protect the reputation of the business or the harasser and contribute to a culture of silence.”

It went on to recommend that guidelines be produced that identify best-practice principles for the use of NDAs in workplace sexual harassment matters as well as to inform the development of regulation on NDAs.

The media reporting around AMP executive Boe Pahari’s promotion despite his history of sexual harassment was possible because the victim did not sign an NDA. However, AMP was subsequently found to employ such tactics. In a case revealed under Parliamentary privilege by Labor MP Deborah O’Neill, and reported in the Sydney Morning Herald, another young female employee who was serially harassed at the organisation told of how an internal investigation found her innocent, offered another job under the same manager and given five days to sign a non-disclosure agreement, “or lose my job”.

“I am almost certain that this was illegal. I had run out of funds to pay my lawyers and I was physically and psychologically destroyed, so I signed,” the woman told the SMH.

The extent of the use of NDAs is not known, but it has come to light that they have been employed by public institutions including the Victoria Police.

In 2019 for example, it was revealed that an ex-policewoman was awarded $500,000 after she was handcuffed, stripped of her underwear, stomped on and kicked by fellow officers in a police station. A confidentiality agreement meant the victim could not publicly speak about the matter and the payment.

It was alleged that an NDA was used by Victoria Police in a case involving a police officer who continually abused and assaulted his wife – including attempted strangulation.

And earlier this year, following an interview with the ABC’s Virginia Trioli, it was alleged that an NDA was used by Victoria Police in a case involving a police officer who continually abused and assaulted his wife – including attempted strangulation.

In that case the victim was not only abused by her ex-spouse, there were serious privacy breaches after she reported the abuse to a detective sergeant, including providing details of her new sheltered accommodation to her ex-partner.

What is to be done?

Sexual harassment is at epidemic levels in Australia, with 85% of women reporting they have been sexually harassed at some time in their lives, and 57% of men, according to a 2018 Australian Human Rights Commission report.

Along with reforming NDAs as suggested by the Sex Discrimination Commissioner, there are also some simple steps that can be taken to obtain greater transparency on how they are used and the environment and culture which enables their use – especially involving sexual harassment matters.

One step would be to change statutory reporting requirements so that all bodies that provide an annual report must specify the number of NDAs entered into in that year. It should also include a broad explanation, including whether the matter involved sexual harassment or assault. We saw at AMP that management finally acted when key shareholders insisted on transparency and consequences for not only perpetrators but also board members.

Also, companies need to disclose “key person” arrangements, such as where an executive is regarded as crucial to business opportunities or relationships. In the AMP case, the board placed Mr Pahari’s success as a dealmaker above the impact of his behaviour on his victim when he was given a promotion.

Moves such as these would provide red flags regarding management, providing regulators, and institutional investors with the evidence to identify bad management practices.

The federal and state attorneys-general should interrogate all government departments and agencies to ascertain the use and circumstances of any NDAs. Departments should also put on the public record the use and context of any such arrangements, particularly agencies with coercive powers, such as the police and homeland security.

Questions on notice, questions during Senate estimates and other parliamentary mechanisms could also be used to extract data. It would only require one state or territory jurisdiction to better regulate NDAs to begin to defuse the power of these devices against victims.

Finally, the legal profession needs to consider the ethics of participating in these devices. The Law Council of Australia could look to develop guidelines for practitioners. Every lawyer has an overarching duty to the integrity of the legal system, including not effectively be aiding and abetting the cover up of potentially criminal practice. Ethics courses for lawyers need to include debates around the dangers of NDAs.

NDAs are powerful and potentially highly damaging legal devices – their use needs to be controlled.