Corporate board diversity hampered by ‘laggards’

There is reason to celebrate the slow but inexorable rise in female representation on corporate boards. However, a new report has found that the apparent positive momentum towards women’s leadership is in fact being driven predominately by the top 50-100 companies, while those further down the Australian Stock Exchange (ASX) list are badly dragging their corporate feet.

The KPMG report shows the percentage of women on ASX-listed company boards range from 35.1% in the top 50 but drops to 28.4% when ASX 201-300 companies are factored in. 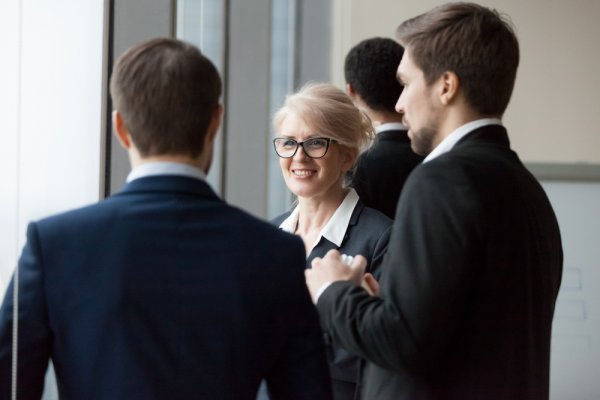 Wakefield Evans notes that while some companies in that band are doing well on gender diversity – particularly in the financial, health care, consumer staples and utilities sectors – others are badly underperforming – ironically to their own detriment.

They don’t seem to be cognisant of – or willing to hear – the now well-established, evidence based, correlation between board diversity and financial performance. A recent report from the Workplace Gender Equality Agency and Bankwest Curtin Economics Centre, for example, has laid that to rest once and for all.

That report, published last month in June 2020, found that performance and productivity increase under female leadership. An increase of 10 percentage points or more in female representation on the boards of ASX-listed companies led to a 4.9 per cent increase in the company market value, worth the equivalent of $78.5 million for the average company.

The KPMG/30% Club report, Building Gender Diversity on ASX 300 Boards, crunches the numbers and then sets out seven ‘learnings’ for the ASX 201-300. These include that leadership is all-important; diversity improves long-term outcomes; female non-executive directors are attracted to companies with diversity; and industry sector line experience is not an essential part of a director’s CV. 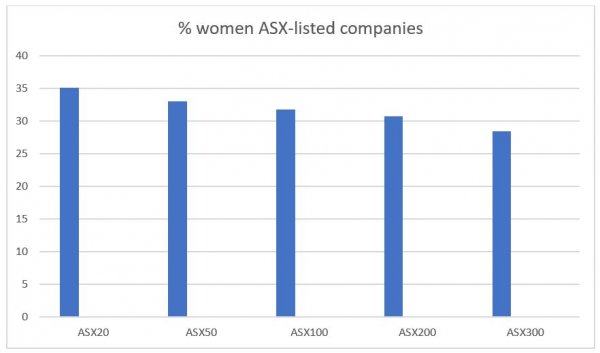 As Melanie Willis, a professional non-executive director on company boards and member of the 30% Club, writes in the forward of the report:

“The need for different voices and perspectives around the boardroom table has never been more apparent. Organisations need to respond to a raft of challenges around increasing consumer expectations and emerging technologies and disruption as well as more recent challenges presented by the COVID-19 pandemic.”

Wakefield Evans says the 30% Club was well aware that recent gains in female executive and board level representation were largely being achieved by the top rung of ASX 100 companies, particularly the top 50.

recent gains in female executive and board level representation were largely being achieved by the top rung of ASX 100 companies, particularly the top 50

The report notes that ASX 201-300 companies are more likely to be family owned enterprises and often board representation is not something that is given detailed consideration until the point at which they make the decision to list on the ASX. If a woman is elected at the last minute, it can imperil her performance as she scrambles to learn as much as she can as quickly as she can from a tightly held, often family-owned, company.

According to the report, family shareholders are “extremely influential in controlling the conversations and decisions on the Board, which can often be seen as a governance red flag to both potential directors and investors”.

Interestingly, it also speaks of a virtuous circle – female non-executive directors are more attracted to companies that have already embraced diversity – which in turn attracts more capable women.

30% gender diversity is recognised as the tipping point that “enables the dynamics of the board conversation to change.”

“Female board member are often selective (about) which boards they join – they want their voices to be heard and valued. They do not want to be considered for a role merely to tick a box,” the report says, noting that 30% gender diversity is recognised as the tipping point that “enables the dynamics of the board conversation to change”.

Board director Jacqueline Chow is quoted in the report as saying: “No female wants to be considered the token female on a board to reach a quota. They want to join a board where they know their voice will be heard and valued.”

Wakefield Evans said a global movement among large institutional investors, underwriters and advisory houses that requires board diversity is helping get the message across. Indeed, last week global giant AXA Investment Managers set a 33% target for gender diversity on listed company boards and said it may vote against companies which fail to meet this mark.

The 30% Club was launched in the UK in 2010 with a global mission is to reach at least 30% representation of women on all corporate boards and C-suites. Wakefield Evans said she was often asked why the 30% Club doesn’t aim higher, such as a 40% female representation. Her response is unequivocal: