What does it take to be a leader in the face of enormous flux, where disruptive change is not an endpoint, but the new daily norm? And what drives leadership ambition in some women and not others?

Well, if you’re Trish Bergin, a seasoned leader in both the public and private sectors, it’s got a lot to do with understanding power.

“I guess I was drawn to how power was used and how to use that effectively in the pursuit of policy goals. I wanted to experience that cut and thrust.”

But does an executive leader need to drink the company cool-aid and believe the marketing spin in order to lead? What if you don’t?

What if your core values are severely tested by your organisation’s actions, or if you’re a public service bureaucrat – by government policy?

In this very candid and, at times, deeply personal discussion on BroadTalk, Trish explains the delicate leadership strategy she was forced to employ during one of her toughest assignments as an Australian government representative. Back in 2018 as head of the Office for Women, Trish led a 12-person delegation to Geneva to front an angry UN Committee that wanted to know why Australia was badly failing to meet its gender equality obligations under CEDAW, the Convention on the Elimination of all forms of Discrimination Against Women.

Australia had failed to appear before the previous CEDAW committee hearing in 2014, so by the year Trish and her team took their front-row seats, the UN Committee members were angry and well primed. She was publicly questioned for over six hours!

Trish’s expertise as an economist saw her rise to prominence early. As a new mother she flew off to Washington in early 1996 to become the first woman to head up the Department of Finance office at the Australian Embassy. But in March that year she received a late-night call on election night. There was a new Prime Minister and a change of game-plan. Trish was bluntly told she had been ‘outsourced’ and had to close down the Washington office.

With baby and husband in tow, Trish returned to Australia where her talents and economic expertise saw her push on and continue to forge a stellar career with numerous leadership positions in both the public and private sector. For a decade or so when she needed flexibility in her life, Trish ran her own consultancy, while also taking up various board positions and furthering her passion for organisational change management and leadership theory by collecting additional degrees along the way. 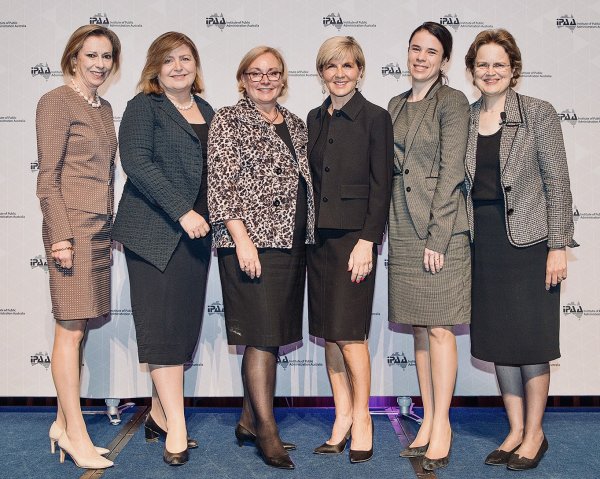 I’ve known Trish professionally for a couple of years, in fact I interviewed her for her current job as co-Director of the 50/50 by 2030 Foundation (publisher of BroadAgenda). But what surprised me when we sat down to record this episode of BroadTalk, is what I didn’t know about Trish. As you’ll hear, her own backstory to leadership success was born of hardship and tough lessons that no doubt helped shape her very clear perspective and passion for equity of opportunity.