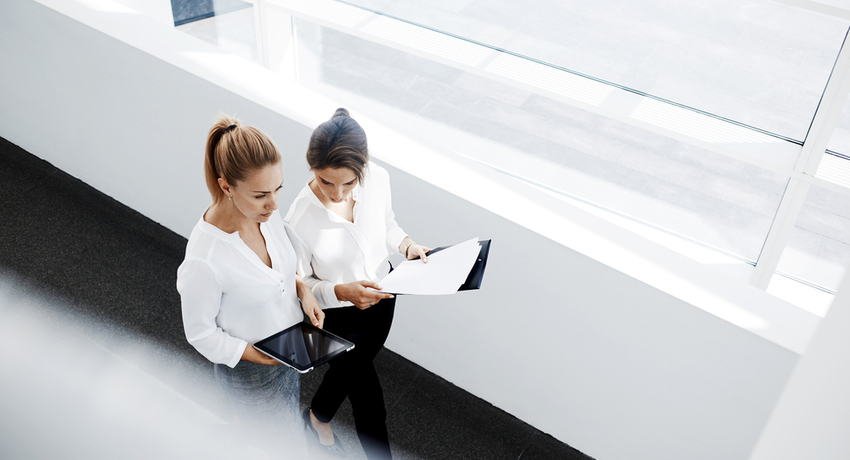 The correlation between leadership and organisational performance is, perhaps surprisingly, a relatively new field of study. The orthodoxy of old was that charismatic, larger-than-life CEOs helmed of the most successful organisations. Steve Jobs, for starters.

But there have also been Jeffery Skilling, Conrad Black, all those banking and superannuation senior executives who got hauled before the banking Royal Commission which has proven over and over again that corporate culture starts at the top.

It is a point that is writ large in today’s report from the Workplace Gender Equality Agency. which examines how organisations which fully embrace gender diversity compare to those that don’t.

In WGEA acronym-land: it’s how Employer of Choice for Gender Equity (EOCGEs) compare to the rest.

“There is a strong business case for workplace gender equality,” says the report’s author Terrance Fitzsimmons from the University of Queensland.

And leadership is the key. Sincere and authentic leadership that not only advocates for gender equality, but measures the journey and challenges the status quo.

“What differentiates these CEOs is that they are inclusive and genuine,” says Fitzsimmons. “They believe in [gender equality] – not just the platitudes but the deeper underlying dynamics – the causes, the effects. They approach it strategically.” 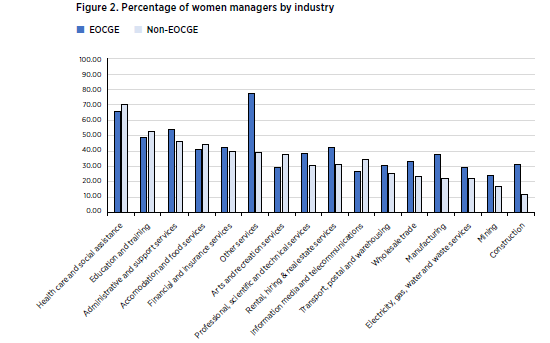 The second thing, says Professor Fitzsimmons, is that they “lead from the front”.

“They don’t hand over to someone else to sit on the gender equality committee – they chair it. If there is an opportunity to get up in front of industry to discuss it, they get up. They advocate in their own organisations. And importantly, they own their failures and the successes. They make commitments publicly and stick to them.”

Since 2014, WGEA has awarded EOCGE citations to organisations that meet a rigorous set of criteria that covers everything from recruitment, childcare and parental leave to remuneration and training and development.

The “culture of inclusion” pays off. In these organisations around 57% of female employees work full-time, compared to 39% in others.

This “culture of inclusion” pays off. One important metric, says Fitzsimmons, is that in these organisations around 57% of their female employees work full-time, compared to 39% in other organisations.

“The structure of work has historically been designed around men. The EOCGE organisations have embraced flexibility – and I don’t just mean being able to start earlier or later. I mean true flexibility. In some organisations, there is almost complete autonomy on how, when and where the work is completed.”

This means that instead of simply accommodating part-time work, these organisations allow more women to work full-time.

Professor Fitzsimmons says that diversity, social good and business outcomes are so interconnected as to be virtually inseparable. And while it is not yet possible to say whether these organisations are more profitable, the report found that implementing robust gender equality strategies and policies is cost neutral at the bare minimum.