A few weeks ago, New Zealand’s Prime Minister Jacinda Ardern announced that her ministry would take a 20 per cent pay cut as a mark of solidarity with those doing it tough financially during the COVID-19 pandemic. The decision was instantly popular, receiving global praise even from unlikely sources.

Asked whether he would do the same, Australian Prime Minister Scott Morrison said, “It’s not something that’s being considered”. Finance Minister Mathias Cormann agreed, “MPs and public servants are working very hard right now. I’m not sure how this sort of suggestion would help … in the context of the budget challenge it’s essentially at the margin.”

But Ardern’s pay cut was not designed to save the budget bottom line. It’s purpose was to send a message to fellow New Zealanders that she’s sharing their pain.

“While in itself it won’t shift the government’s overall fiscal position, it is about leadership,” Ardern said. 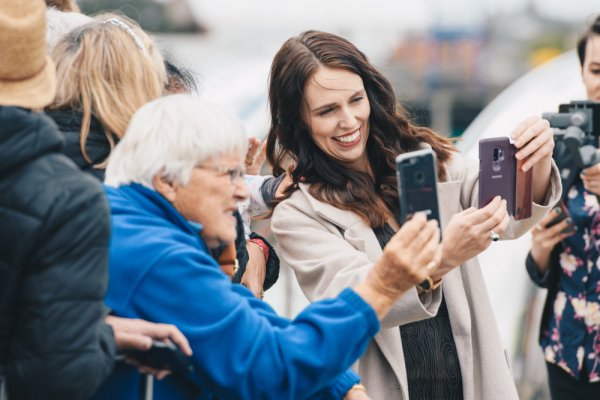 Ardern’s brand of leadership is not what we’re typically used to seeing from politicians and business leaders.

As the New York Times noted: “She has become a subject of global fascination for her progressive values, her youth and charisma, and her status as a new mother who has garnered more attention than any previous leader of this small Pacific country”.

In essence, Ardern offers an alternative model for modern-day leadership and the global admiration she’s receiving would suggest we want more of it.

In a crisis, new-age leaders like Ardern understand that everything – facts, facial expressions, hugs and grief – communicates a powerful message.

Research by eminent psychologist Albert Mehrabian explains why. His major study, Silent Messages: Implicit Communication of Emotions and Attitudes, argued we get most of our clues of the emotional intent behind people’s words from non-verbal sources. So when verbal and no-verbal communication are in conflict, we believe the non-verbal every time.

Which is why, rightly or wrongly, we interpret a forced handshake or poorly timed smirk as inauthentic and lacking in empathy. 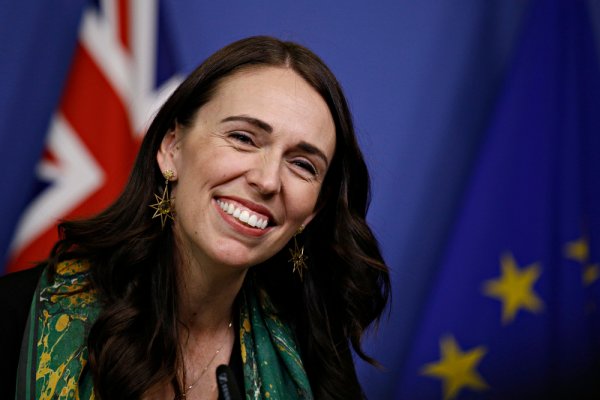 Ardern has full mastery of the power of non-verbal communication; her body language is in sync with what she’s saying at all times. Her response to the Christchurch terror attacks is a case in point. Asked about her instinctively human response, Ardern said, “It shouldn’t have been noteworthy. It’s instinctive when you’re mourning with someone to reach out in that way. It just felt to me like a human response … it was a Kiwi response.”

During times of uncertainty, leaders’ attempts to appear in full control can have the opposite response. Donald Trump’s daily (mostly) long and unwieldy press conferences are intended to show the master in control of the situation (when, in fact, they often reveal the opposite).

Global admiration for Ardern suggests that people want their leaders to be open, honest and vulnerable.

With access to so much information in our interconnected worlds, the authors argue that people now expect corporate, civic and political leaders to be open and transparent.

In their book, ‘New power: How power works in our hyperconnected world‘, authors Jeremy Heimans and Henry Timms argue the public has internalised ‘new power values’ like radical transparency and instant feedback and this means attitudes around how others communicate with us have changed too. With access to so much information in our interconnected worlds, the authors argue that people now expect corporate, civic and political leaders to be open and transparent.

The book argues organisations and political leaders need to move from sharing information on a strict need-to-know basis, which creates separation between leadership and their teams, and instead consult, engage and open up new, modern approaches to decision making and communication.

Take the example of Andrew Cuomo, the governor of New York, the state which has been the most brutally hit by the coronavirus pandemic.

As an article on CNBC points out: “In his daily press conferences, Cuomo mostly delivers plain unvarnished facts (lots of them)”.

It goes on: “Cuomo’s communication style shows people their ship has a captain in command. That’s reassuring. More importantly, his forthrightness with facts shows he is being transparent, which earns him public trust.”

With every Facebook Live in her trackies after putting her daughter Neve to bed, Ardern is sharing her humanness, proving that modern-day leaders can be themselves. This is a departure from the way leaders and organisations have long operated, with employees being pressured to check their emotions at the door.

“Steering toward positive emotions is the norm,” wrote Christine M Pearson in the MIT Sloan Management Review in 2017.

“Today, it takes both positive and negative emotional insight for organizations and individuals to function effectively over the long term.”

Global admiration for Ardern’s down-to-earth style is a clear indication that people want to feel connected to their leaders and that requires a revealing of human qualities.

While many leaders tend to be risk averse with their language, preferring to hide behind messaging and jargon, that does little to build trust and allay concerns during a global pandemic.

As Collette Snowden wrote in The Conversation back in 2015: “Communication by mainstream political parties is still entrenched in the techniques of political communication developed in the early 20th century”.

“For decades, political communication treated the public as a mob of sheep that simply needed to be herded and pointed in the right direction with appropriate messages and the occasional dog whistle.”

She continued: “Successful political communication must move from the one-sided broadcast model and become more dialogic. This requires listening – not just telling someone that you’re listening. It means paying attention to what they’re saying. Listening also requires being prepared to change opinions or behaviour in response to new information.

It’s an interesting insight into Ardern’s leadership style. Since she was elected Prime Minister in 2017, Ardern has combined a mastery of modern leadership techniques: honesty, open communication, transparency, decisive action and non-verbal communication, and the public response shows her approach is working. This marks a critical turning point for all leaders: get with the times and adopt these new approaches or risk losing trust and respect.