Every year in the lead up to the federal budget, NGOs, businesses, and think tanks make submissions to the government about what should be included. With a government focused on deficit reduction, in recent years organisations have tended to put forward small, achievable proposals which focus on policy ideas that could make a major impact with minimal investment?

What a difference a pandemic makes.

Think tanks and industry groups such as the Australia Institute, the Grattan Institute and the Business Council of Australia have warned that belt tightening and penny pinching will not repair the economy.

Think tanks and industry groups have warned that belt tightening and penny pinching will not repair the economy.

Richard Denniss, chief economist of The Australia Institute has said: “In this climate, debt is not a sign of recklessness, it’s a sign that governments understand the depth of the hole our economy is now in.” Jennifer Westacott, CEO of the BCA, gives the same underlying message: “Business as usual won’t cut it, we need to dramatically lift investment above pre-COVID levels to create new jobs and put Australia back on track.”

Across the country, economists are saying that now is not the time to stop spending. Now is the time to ask for major changes and new investments in our society for our economic recovery.

But what could any of this mean for gender equality?

We know that recent budgets have not kept an intersectional gender analysis in mind – the government does not conduct analysis of how budget measures may disproportionately benefit or disadvantage different social groups. Once upon a time, Australia was a world leader in developing gender-responsive budgeting, but no longer. This year we can expect a Women’s Economic Security Statement, which will outline spending specifically targeted at women; but this is not the same as an intersectional analysis across all portfolios or measures.

The government does not conduct analysis of how budget measures may disproportionately benefit or disadvantage different social groups.

In lieu of an intersectional gender-responsive budget, Equality Rights Alliance’s pre-budget submission is focused on cross-portfolio ideas that we think will further both gender equality and economic recovery. Our suggestions can be split into three categories: extension of emergency measures; temporary stimulus; and permanent measures.

By emergency measures, we mean investments that are about managing the immediate crisis of COVID-19, particularly given how the second wave has unfolded in Victoria. JobKeeper should be extended and expanded to include people on temporary visas, extension of the $550 Coronavirus Supplement for JobSeeker (and expansion to include the Disability Support Pension), ongoing relief for the Early Childhood Education And Care (ECEC) sector, and paid pandemic leave for all casual workers, the majority of whom are women.

For temporary economic stimulus, we are suggesting investment in the construction of social housing, to the tune of $7.7 billion as suggested by the Community Housing Industry Association, to upgrade or construct 30,000 social housing dwellings, employ 18,000 people a year, and address the shortfall of social housing which remains a key resource for supporting women at risk of homelessness.

For every $1 million investment in education, health and social assistance, roughly 10-15 jobs would be created, the majority of which would go to women.

There should also be major investment in our social infrastructure, including aged care and early childhood education and care. We know the care sector has struggled with capacity throughout the COVID-19 crisis, and we know women have lost more jobs through the pandemic, and they are the majority of workers in care sectors. The Australia Institute estimates that for every $1 million investment in education, health and social assistance, roughly 10-15 jobs would be created, the majority of which would go to women.

There also needs to be gender equitable investment in vocational education and training (VET). VET has already been flagged by the government as key to retraining those who have lost jobs, but we know it is deeply gender segregated and can have inequitable outcomes, especially for Aboriginal and Torres Strait Islander women. That’s why we need an approach in VET that supports gender equality, similar to the strategy for advancing women in STEM – which was handed $4.5 million over four years in the 2018-2019 budget, and extended by $3.4 million in 2019. 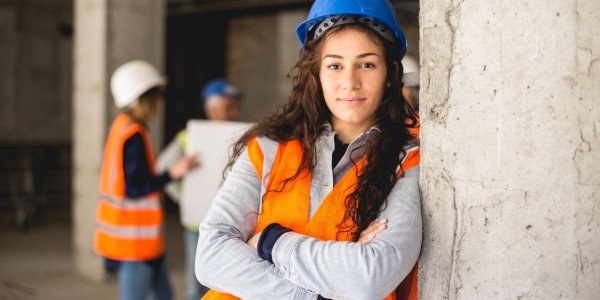 But we can’t stop there. The budget is a chance to bring to life a more inclusive and equitable society through more permanent investment. There needs to be an ongoing increase to the rate of JobSeeker to ensure no one lives below the poverty line. This is critical for women who are escaping violence. On that note, we also need a boost to the women’s specialist sexual, domestic and family violence services, and legal services, that support women experiencing gender-based violence. These services were in funding crisis before the pandemic; COVID-19 has only increased the need.

Access to sexual and reproductive health (SRH) rights were bolstered by the temporary expansion of telehealth Medicare (MBS) item numbers, costing $669 million. Many of these services were initially provided by specialist SRH doctors, but telehealth MBS items have since been rolled back to GPs alone. This is not appropriate to everyone. Telehealth MBS item numbers should be reinstated for SRH providers – which would be a major step toward realising gender equality human rights commitments.

This is also an opportunity to invoke major and permanent reforms to early childhood education and care. Options might include restructuring the Child Care Subsidy by increasing the rate to 95% and introducing a flatter taper. The Grattan Institute has estimated this would cost $5 billion and deliver a boost to GDP of $11 billion a year.

We may not know what a truly gender-responsive budget would look like on the 6 October, but we hope these ideas might help with the imagining. This moment, and this budget, is an opportunity to snap forward to a more equitable future that we shouldn’t miss.

Helen Dalley-Fisher is the Convenor of the Equality Rights Alliance based in Canberra. ERA is Australia’s largest network of organisations advocating for women’s equality and leadership. Before ERA, Helen trained in law and worked in the community legal sector, where she specialised disability discrimination.