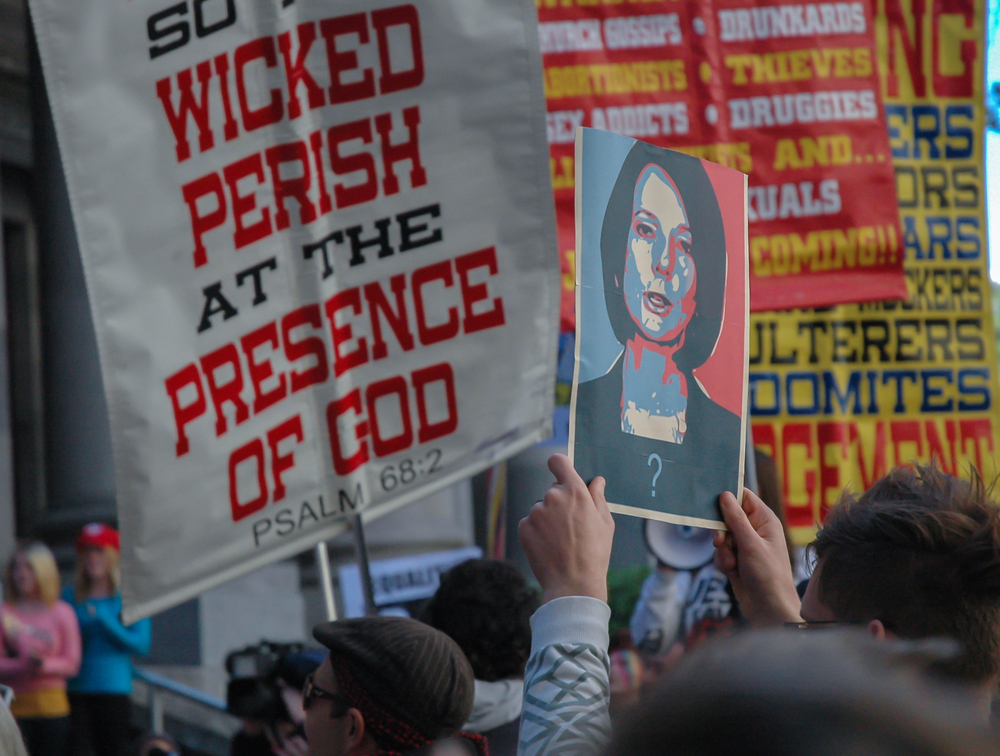 Julia Gillard unleashed the wrath of the Australian press when she became our first woman leader after challenging Kevin Rudd in June 2010. Though many were excited to see the highest glass ceiling broken, she experienced an undue amount of gendered and even misogynistic media critique. A decade earlier, Helen Clark also made history when she became New Zealand’s first elected woman prime minister after winning the 1999 general election. While her press coverage was similarly gendered, however, it paled in comparison to that later experienced by Gillard.

The persistence of gendered reportage is not surprising – the news media frequently highlight women leaders’ gender, appearance and family life far more often than their male counterparts, often using it as a source of criticism. Yet what is surprising is the significant extent in intensity and severity of such reportage for two prime ministers in relatively similar countries with similar political systems.

Seeking to identify the reasons behind this disparity, I analysed a representative sample of 606 newspaper articles published within the first three weeks of each leader’s prime ministerial term, paying close attention to the political affiliation and ownership of the newspaper. I also spoke with Gillard and Clark to gain a more informed understanding of the personal toll that this phenomenon can take on the women involved.

I found three overarching themes in the coverage of both leaders, which I have labelled ‘gendered tropes’ – common or overused themes that rely on conventional norms and stereotypes to reinforce patriarchal gender roles. The three main gendered tropes identified are:

Gender trope: An undue focus on the leader’s gender. Evident in the frequent use of qualifying terms such as ‘female’, ‘woman’, ‘lady’, ‘wife’, ‘girl’, etc. – e.g., ‘woman Prime Minister’ or ‘female’ leader’.

Femininity trope: Portraying the leader in a stereotypically feminine manner. I found many metaphors that played on stereotypical femininity, e.g. they were often portrayed as schoolgirls and headmistresses, as housewives and housekeepers, or as barren emasculators or sexual dominatrices.

Appearance trope: An emphasis on the leader’s appearance, including their hair, physique and fashion. The colour of Gillard’s hair was frequently noted and her taste in clothing often drew comment, while Clark’s appearance was routinely labelled dull and boring.

I found that all three tropes occurred more frequently in Australian newspaper coverage of Gillard than in New Zealand reportage of Clark, especially in the conservative press. But why was this the case?

One reason for the disparity is, of course, the different political contexts for their ascension to the prime ministerial role. Yet the different media landscapes with which each leader was forced to contend should also be noted, especially the disproportionate influence in Australia of tabloids and the Murdoch press. 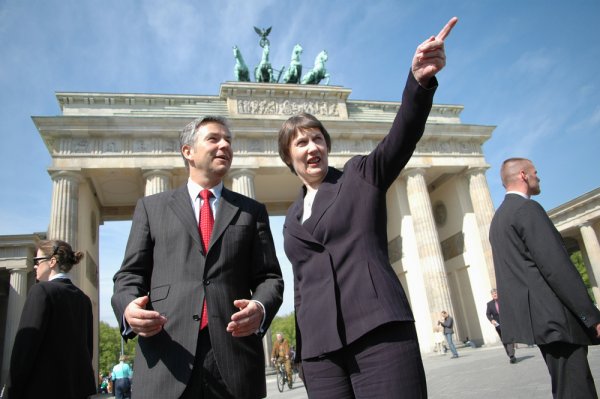 Helen Clark became New Zealand’s first elected woman prime minister after winning the historic 1999 Federal Election against previous prime minister Jenny Shipley which saw, for the first time, women leading both major parties to the election. Clark’s rise to the top job was therefore expected. In our interview, I asked Clark why she thought her ascension sparked so little criticism:

“Jenny Shipley became PM two years before the 1999 general election. I think that the fact that there was then a woman prime minister and a woman Leader of the Opposition normalised women’s leadership and probably contributed to the gender stereotyping becoming much less of an issue – because it was normal, right?” 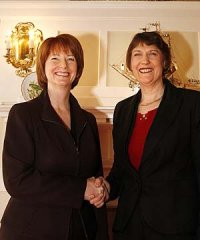 Yet no women predecessors paved the way for Gillard, and her prime ministerial ascension was made all the more shocking by her audacious decision to challenge a sitting (male) prime minister. As a result, Gillard’s public image plummeted from that of a loyal deputy in a supportive role, a socially acceptable position for a woman, to a backstabbing murderer who was allegedly disloyal, scheming and murderous. In our interview, Gillard noted how this created “a fertile ground for the sort of gendered coverage – gendered insults – to be a go-to weapon”.

Gillard’s public image plummeted from that of a loyal deputy in a supportive role, a socially acceptable position for a woman, to a backstabbing murderer.

Yet this doesn’t fully explain the distinction between the conservative and progressive press – to understand this, we must consider the drastically different press media landscapes in Australia and New Zealand.

In Australia, Murdoch owns a large majority of daily newspapers, and his News Corp functions as a monopoly in multiple capital cities. In New Zealand, on the other hand, not a single Murdoch paper was in circulation when Clark ascended. Murdoch is notorious for ideological interference in the media outlets under his stewardship, which he frequently uses to promote his conservative economic and social views.

This ideology is explicitly hostile toward women, especially feminists and the LGBT community, or women who threaten the political status quo by ascending into the upper echelons of politics. News Corp Australia has also frequently been criticised since the early 1980s for its anti-Labor bias. The dominance of the Murdoch press therefore creates a media landscape that encourages the use of gendered and misogynistic representation to unduly critique the nation’s first woman Prime Minister.

Another, perhaps more noticeable distinction between Australian and New Zealand print media landscapes is the presence of a tabloid press and the impact that this can have on the gendered reportage of women political leaders. 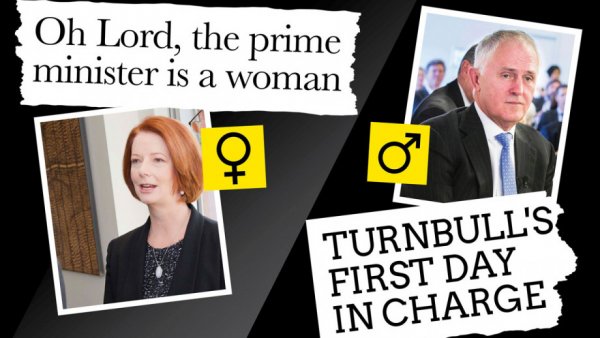 Out of the 12 daily newspapers in circulation in Australia, 10 metropolitan and two national, there are five broadsheets and seven tabloids. Aside from The West Australian, every tabloid is owned by Murdoch’s News Corp. In fact, a Murdoch tabloid is the only daily local newspaper available in South Australia, Queensland, Tasmania and the Northern Territory. Due to such dominance, in combination with their intermediary influence, the tabloid press in Australia can dictate cultural values, norms and stereotypes to maintain ideological and political prestige.

There is no tabloid press in New Zealand reflecting a general reluctance to adopt this style of journalism with its emphasis on the personal and sensational.

In stark contrast, there is no tabloid press in New Zealand reflecting a general reluctance to adopt this style of journalism with its emphasis on the personal and sensational – a principal cause for the undue focus on politicians’ personal lives, with a specifically gendered element doubly impacting women political actors who threaten the status quo.

The Murdoch and tabloid press, largely one and the same in Australia, share a conservative agenda that sensationalises the personal and reinforces socio-cultural norms and stereotypes. Gillard not only challenged a sitting male prime minister to become Australia’s first woman prime minister, therefore already presenting a threat to the status quo, but was also from a left faction of the ALP and was unmarried, childfree and atheist.

Her values were radically opposed to those espoused by the socially conservative, Murdoch-owned News Corp. The Murdoch press therefore portrayed her in a highly gendered, even misogynistic, manner to tarnish her reputation, undermine her political ideology, diminish her threat to the gendered status quo and, ultimately, to delegitimise and trivialise her role as prime minister.

+ posts
Dr Blair Williams is a Research Fellow and Lecturer with the Global Institute for Women’s Leadership (GIWL) at The Australian National University. Her research focuses on the gendered media coverage of women in politics. She is also a monthly contributor to the Canberra Times' Public Sector Informant and the regular federal political correspondent for Radio Adelaide.
← Previous article Next article →