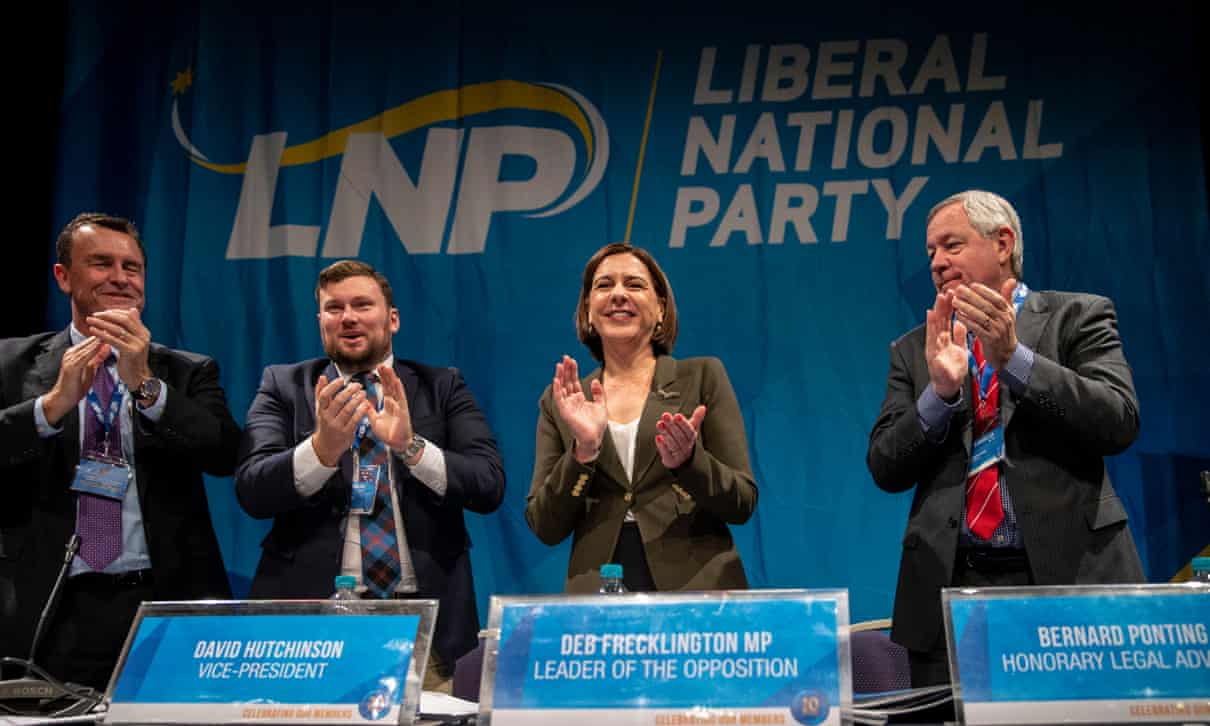 A small “cabal” of LNP powerbrokers is accused of using extreme vetting processes to fortify themselves, circumvent branch preselections and install favourites, intimidate opponents, and crack down on internal critics.

2. When you look at how much people actually take home, women still earn much less than men. The Guardian. 23 July.

Women make up 49% of all taxpayers, but they account for just 27% of those in the top tax. And the two tax brackets where women are over-represented are the two lowest.

3. The numbers are staggering. The recovery needs women. Where’s the plan to make it happen? Women’s Agenda. 24 July.

The continued lack of targeted measures that could minimise the already disproportional impact of the economic-fallout of the COVID-19 pandemic on women is distressing. This week’s economic statement was no different.

4. Frydenberg’s mini-budget needs to measure up to this test. SMH. 22 July.

This recession is different in many ways. One is that it has hit female workers harder than male workers. So a good test of the adequacy of Scott Morrison and Josh Frydenberg’s mini-budget will be how much it focuses on the needs of women.

5. Leigh Sales interviews the PM and then gets described as ‘disrespectful’. Women’s Agenda. 22 July.

Following an interview with the Prime Minister on 7.30 Report this week, Leigh Sales has yet again been trending on Twitter; she’s been called “disgusting,” a “very cranky interviewer” and a “bully.”

Sexual harassment is not just a workplace problem. Sexual assaults happen outside the workplace. Addressing sexual harassment means recognising that it is a structural practice that reflects gender inequality. Josh Bornstein  writes an enlightened paternity leave might be part of the solution.

More than a year on from a damning report on Parliament as a toxic workplace, New Zealand’s MPs are refusing to establish an independent commission to police bad behaviour. And they are yet to sign up to a workplace code of conduct.

8. What Do Sweden and Mexico Have in Common? A Feminist Foreign Policy, New York Times. 21 July.

Six years after Sweden adopted a feminist foreign policy, several other countries are following its lead, raising pressure on the U.S. to do the same.

9. Biden says four black women are on his VP list but won’t commit to choosing one. NBCNews. 21 July

If elected, Biden, 77, would be the oldest president-elect, which has put an intense focus on his pick for a running mate. He confirmed this week that there are four black women on his vice presidential short list.

10. The honesty of Susan Orlean’s drunk tweets were a balm for my pressure-cooked soul. SMH. 21 July

Drunken tweets by author Susan Orlean were incredibly soothing to journalist Samantha Selinger-Morris. As she writes: “while countless articles by therapists have urged us to look for stories of “resilience and hope” in order to make us feel better, nothing, for my money, soothes an ailing mind more than seeing that others … have briefly lost their footing, or need a crutch to manage this ridiculously uncomfortable time.”

11. COVID-19 could see thousands of women miss out on having kids, creating a demographic disaster for Australia. The Conversation. 20 July.

Predictions of a post-coronavirus baby boom are probably way off the mark. We are much more likely to see Australians delaying or foregoing having children because of the pandemic. This could be personally devastating for people and a demographic disaster for the country.

12. Yes, women outnumber men at university but they still earn less after they leave. The Conversation. 20 July.

While women value education more highly than men, and see it as a strategy for economic security, men still outperform women after they graduate in terms of both salary and seniority.

The feminist movement has become its own worst nightmare, and the proof was Meghan Markle’s empowerment speech last week, writes Lucy Carne.