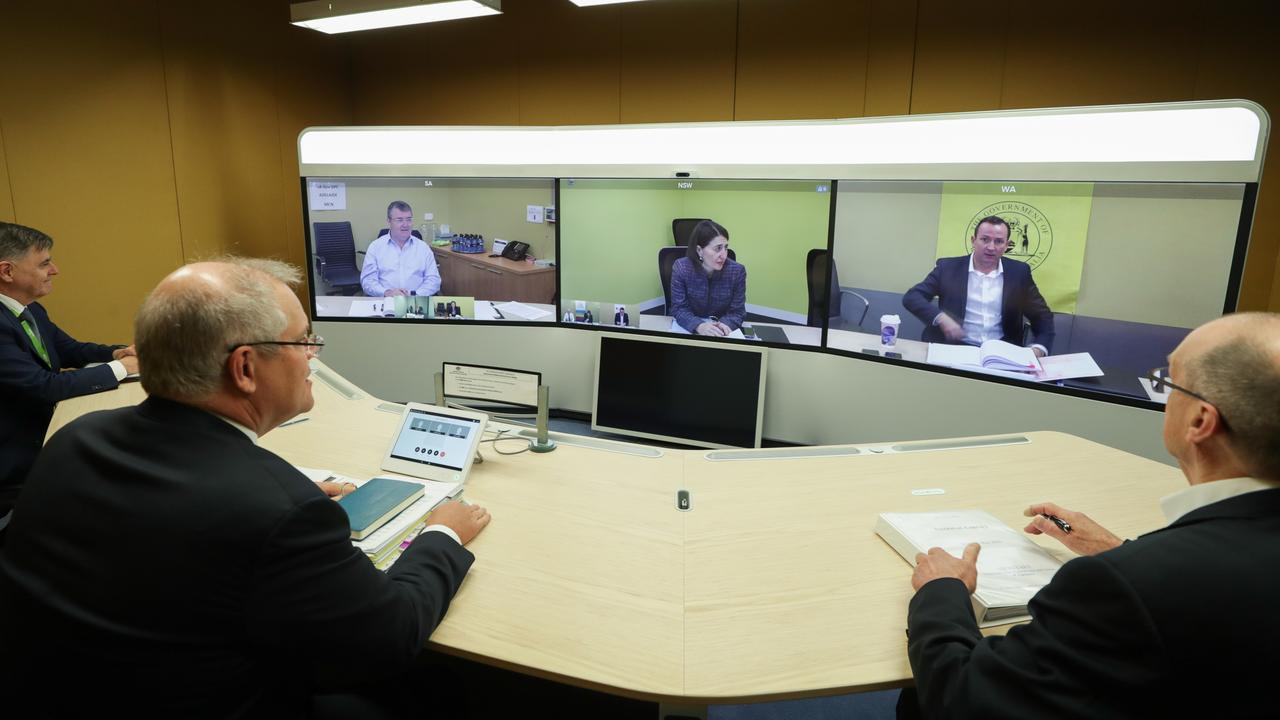 Gender-equal decision making will benefit all

Australia’s federal system is buckling under the weight of border closures. The Commonwealth and States are in a loud dispute over who is responsible for failures of pandemic control when it comes to cruise ships and aged care. If that weren’t enough pressure on the creaky frame of federalism, add in the impact of people no longer able to travel freely and Victoria’s residents curfewed in their own homes. But the pressure on Australia’s constitutional design is broader than state differences when it comes to regulating lives. There are demanding gender issues pushing on the constitutional structure and the pursuit of good public policy and more cohesive intergovernmental relations.

Recounting important history, the move to create a federation in the 1890s took place when white women were increasingly politically active, particularly about suffrage. While women did not participate directly in the constitutional conventions preceding federation, by 1896 South Australian women had the vote and there were women in all colonies were experienced campaigners in political struggles.

The Women’s Christian Temperance Union supported federation, seeing advantages in greater national co-operation and the possibility (not achieved) of uniform welfare standards. In 1898, the Women’s Federal League (WFL), formed in Sydney, worked with the Australasian Federation League to persuade white men, the only people allowed to vote in NSW at the time, to vote for federation.

Yet others were sceptical about the capacity of federal institutions to deliver gender equality. Rose Scott became an avid ‘anti-Billite’ after the convention decided to exclude women’s suffrage from the draft constitution. It was not only on the issue of suffrage that Scott opposed federation; she saw the newly formed nation-state as concerned primarily with armies and government buildings, at the expense of matters of higher priority to women.

Federation in her view would take decision-making to a “faraway federal parliament” out of the reach of ordinary people including, importantly, the “mothers of the nation”, ordinary women whose responsibilities in the private sphere would render them less able to bridge the geographical distance than men. She was prescient in predicting the practical difficulties for women considering standing for the Commonwealth Parliament.

Scott’s worries were confirmed by the late entry of women to Parliament and the continuing under representation of women in State and Federal legislatures, still today hovering at less than a third of all members. Policy decisions in the wake of COVID have uncovered the acute absence of a gender lens and a failure to address the glaring iniquities and inequalities the pandemic has exacerbated.

Two stand out with particular force – the shocking incidence of domestic violence in Australia and the need for a more accessible system of childcare to enable men and women with caring needs to better participate in the workforce. These are not just women’s issues but societal issues requiring profound changes in gendered norms and social practices that need coordinated federal approaches that link cultural change with structural change.

Why have these questions not been adequately addressed through our current frameworks? Under representation is at the heart of it. There is such an obvious lack of equal participation in political and administrative executive positions flowing through to the paucity of women’s presence in key intergovernmental arrangements, including Premiers’ Conferences, Ministerial Councils and, from the early 1990s until June of 2020, the peak intergovernmental forum in Australia, the Council of Australian Governments (COAG).

On 29 May, Scott Morrison announced that he and the premiers and chief ministers had agreed to continue the national cabinet established to coordinate Australia’s response to COVID-19, ceasing COAG and forming a new National Federation Reform Council. The former Director-General of the Western Australian Department of Premier and Cabinet and former Commonwealth Cabinet Secretary, Peter Conran is leading a review of the former COAG councils and ministerial forums in order to rationalise and reset their work. The terms of reference for the review sets out avenues for consultation with Commonwealth and state and territory ministers and officials, with the national cabinet, noting that additional bodies may be identified for consultation through the course of the review.

Importantly, in March, just before COAG was overtaken by the national cabinet, the Women’s Safety Ministers Council of COAG with responsibility for coordinating action on prevention and response to domestic violence, which had earlier been an ad hoc meeting, was elevated to a COAG-level group. It was meant to meet twice a year and in response to the pandemic agreed to meet quarterly. At its latest meeting on 7 August, ministers agreed to work together to collect and analyse data showing the impact of COVID-19 on the safety of women and their children and committed to providing further data and reporting to support future action.

While this is an important step the meeting was criticised for not implementing enough real action other than referring an inquiry into family, domestic and sexual violence to the House Standing Committee on Social Policy and Legal Affairs. While these council meetings are more visible, eradicating domestic, family and sexual violence requires a myriad of portfolios to be involved working across multiple portfolios. Where will their work now sit in the new framework?

If, as the terms of reference set out, the objective of the national cabinet work is to ensure that the Australian community is served by a federal relations architecture which is responsive to issues confronting our community and economy, then equal numbers of women must be involved in all decision-making processes.

On 12 June, national cabinet announced six initial priority areas of reform, and the formation of six National Cabinet Reform Committees: Rural and Regional Australia, Skills, Energy, Infrastructure and Transport, Population and Migration and Health. Is the work of the Women’s Safety Ministers Council going to be integrated into these committee or continue as an ad hoc structure?

As at August, five of the eight attorneys general are women. When looking at all state, territory and federal ministers around Australia, there are now 48 women holding those executive roles. It is imperative that Peter Conran’s review and national cabinet ensures there are equal numbers of women on each of the six national cabinet reform committees.

At the moment only two of the eight chief ministers are women. It is incumbent on each of the chief ministers in national cabinet to select from the 48 available women ministers and their senior women officers to represent them. This will be the first step to the necessary social and cultural change that Australia so desperately needs.

A version of this article first appeared in the Canberra Times, Public Informant.