For every victim, there is an abuser: workplaces and domestic violence

It was an evening in January 1998 when my partner landed a blow to my eye that would see me hurtle across the room and onto the floor. In that split second before, I registered him coming at me, black of face, fist curled, fury seething from every pore in his body. Then bang.

After years of emotional abuse, of condescension, of violent verbal outbursts, criticism and scorn, he finally hit me.

The evening didn’t end there. He continued to harangue me for hours. Standing over me, belittling me, screaming at me. I couldn’t leave. I had a nine-month old baby and a three year old. I was trapped in a house in the upmarket Sydney suburb of Bronte.

After years of emotional abuse, of condescension, of violent verbal outbursts, criticism and scorn, he finally hit me.

The next morning he left and went to work. Amid packing boxes and the chaos of two small children I rang a domestic violence helpline – ironically, which was run by the state government department my partner worked for.

Amid the tears and confusion and regret and pain, I remember, crystal clear, the woman on the end of the phone saying: “You have to leave. He has done it once, he will do it again. He has crossed that line in the sand.”

There are epiphanies in life. And that was one.

This is the first time I’ve written of this. My kids don’t know the details, as far as I know, just that they grew up in a single parent household. I certainly didn’t call the police. I lied when I had to explain my massive black (then purple and yellow) eye. Stung by a wasp, I said unconvincingly.

Because there is shame about being a victim. 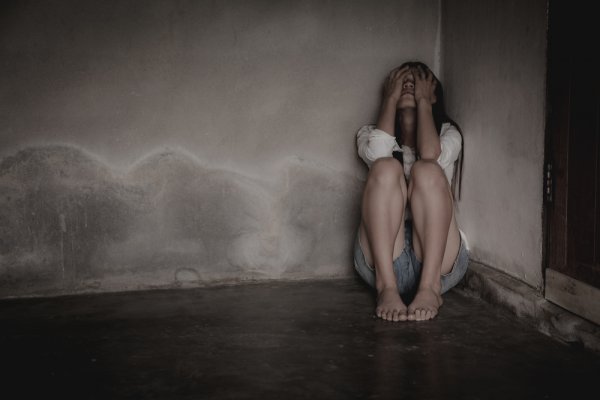 As we know, thanks to the work of Rosie Batty and so many other courageous women, domestic violence is not confined to certain parts of society. It is endemic.

The statistics are brutal in their telling. One in six women have experienced physical or sexual assault. One woman is killed every nine days in Australia by a current for former partner. More than two thirds of women have children in their care when they experience violence.

As a report and toolkit released today by Male Champions of Change puts it: “Characterised by a pattern of power and control, [domestic and family violence] is a manifestation of gender inequality where victims are overwhelmingly women. It harms individuals, families and our social fabric. It also impacts our workplaces.”

It looks at how workplaces can address, tackle and support employees who use domestic and family violence.

However, surely this is an important step in the right direction. While there are many – very many – government inquiries and reports into domestic violence (some of which never really get off the ground), the MCC report is both sobering and practical.

MCC notes that family and domestic violence is a challenging and sensitive area for employers. They need to balance accountability and support for employees who do it, while ensuring that the safety of those experiencing [it].

While the devastating social and health implications are implicit in the report, so too are the economic impacts of lost productivity among both perpetrators and victims.

It notes that around one in five colleagues are aware of what’s going on – that they know about the abuse being administered at the hands of their co-worker. Unbelievably, similar numbers even ‘covered’ for the perpetrator at work while being aware of what was going on his home front.

And then, of course, there is the impact on the workplace by perpetrators; the lost work time due to paid and unpaid leave; poor work performance; accidents and so on. My ex, as a case in point, was sacked a couple of months afterwards. The relationship breakdown was his excuse for his appalling behaviour at work (although he never told them of the reason for the break-up).

Most of us don’t have the skills to negotiate the tricky emotional and intense psychological landscape of irrational human experience.

The fact is, conversations with people who are either victims or ‘users’ of domestic violence are uncomfortable ones. Most of us don’t have the skills to negotiate the tricky emotional and intense psychological landscape of irrational human experience.

To that end the MCC toolkit provides practical advice, resources and examples and the information is curated in an approachable manner.

It is a starting point. It understands, fundamentally, that for every victim there is an abuser.

And for every abuser, one would like to think, there is accountability.