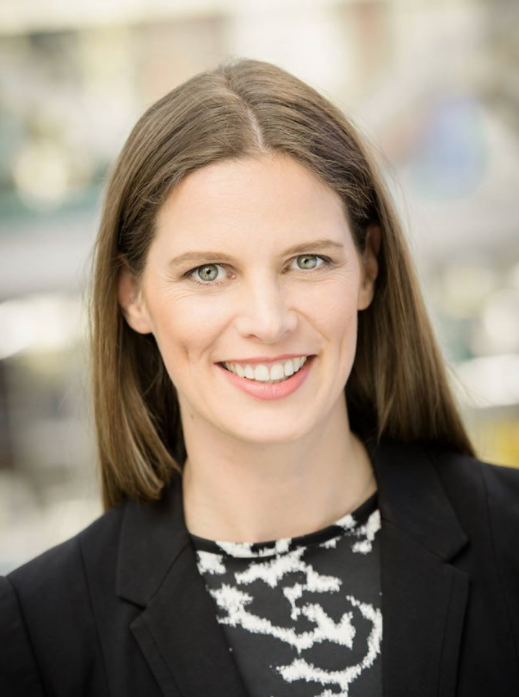 What is a leader supposed to look like? How is a woman supposed to dress in order to be taken seriously? And what sort of cultural shift is needed to give ambitious women the freedom to just be themselves when they step into the public arena and media spotlight?

In the third episode of our new podcast BroadTalk, Kate Ellis tackles these issues, as we unpack some uncomfortable truths about media behaviour when dealing with women in power and the ubiquitous presence of gender stereotypes that continue to constrain and belittle women’s efforts.

The first time 26-year-old Kate Ellis walked into Parliament House as a newly minted MP she was stopped by a security guard. This entrance wasn’t for staff she was told. Same when she tried to enter the Chamber, ‘Sorry Miss, Members only’. And when she sat in her assigned Commonwealth car, the driver sat motionless, for minutes. Eventually he asked how much longer before her boss arrived.

“There was an entrenched view of what a member of parliament looks like, and I didn’t fit that view.”

Kate smiles at those memories now, but she’s not laughing. As a young female, she was assumed to be a staffer for several years, even when she was in fact a Minister. “There was an entrenched view of what a member of parliament looks like, and I didn’t fit that view.,” she says.

On the day she was sworn in as an MP, Kate chose her outfit very carefully: a subdued grey, pinstripe suit. Hoping to blend in with the men around her, the dull hue didn’t reflect Kate’s normal bright and youthful style, but like many women she had watched what happened to her fellow South Australian, Senator Natasha Stott Despoja, who back in 1995 caused a media meltdown when she wore a short skirt, tights and doc martens into parliament on her first day. Kate says,“I just wanted to try and look the part… and get about my business.”

The media reporting of that event focused on Kate’s “tight” pants and pert bottom. She was immediately dubbed the “sexiest pollie”. At the time Kate hadn’t uttered a single word in the parliament and yet already she had been boxed, sexualised and trivialised.

So how does a woman move beyond that and rise above it?

So how does a woman move beyond that and rise above it? Well, as our particularly frank discussion in BroadTalk reveals, Kate Ellis may have been the youngest person ever appointed a Federal Minister, but she had every bit of steely, stubborn determination needed to push on in the competitive, testosterone pit of politics.

Kate’s stellar parliamentary career lasted fifteen years and in that time she held a number of portfolios, including as Minister for Sport, Employment Participation, Early Childhood Education and Childcare, Youth, and Minister for the Status of Women.

But, despite her longevity, there were some glaring mistakes along the way. Perhaps the most notorious was “that” photo shoot. Decked out in a tight leather number, and sky-high Gucci heels, Kate’s 2010 photo shoot as Minister for Sport, is legendary. 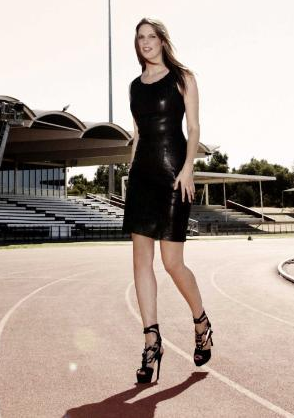 The following year Kate tried again. As Minister for Women she agreed to a front cover photo shoot for an article meant to encourage women to aspire to positions of leadership. Instead, the reading public brutally ripped into her for her “silly” choice of clothes… “pink” top, short skirt and my goodness me, those “blue shoes!” As she explains in BroadTalk, the worst of the blowback came from women.

Gutted and confused by the response, Kate has since given the issue of the media’s representation of women a great deal of thought.

But who was really at fault here? The 30 something politician, who loved a bit of high fashion and was blithely naive? Or was she in fact forcing the new look of leadership – a female, bright, and perhaps even young – style of leadership onto the front page? Was this a powerful lesson in the diversity of leadership and a celebration that power doesn’t need a grey suit and tie?

It’s easy to smile now about the appalling public blow back Kate’s appearance received and shrug it off as the bad old days, but really, has much changed?

Women in positions of power, leadership and particularly women in politics are still intensely scrutinised and criticised for their appearance. Just ask Liberal MP Nicole Flint whose recent rendition of garbage bag glam was a brilliant response to a particularly misogynistic media columnist.

But appearance and representation are not the only hurdles for women in politics. So too are the big ‘F’ words: fertility and family (not to mention feminism!)

When Kate announced she would quit politics in 2019, claiming she wanted to be a full-time mum at home when her son began school, many women – myself included – were deeply disappointed. This admission seemed to reek of failure. Columnist Jacqueline Maley wrote that Kate Ellis “was done pretending this startling new fact – her baby’s allure – could be shoehorned into old practices and ways of working.”

Had the family unfriendly nature of politics claimed yet another female scalp? One of the current government’s most outstanding performers, Minister Kelly O’Dwyer, also quit parliament last year for ‘family reasons’.

With time on her hands and a book deal on her desk, Kate has not only given these issues much thought, but has conducted a number of interviews to unpack what she calls the “real” experience of women in politics.

With her book due out next year, if our chat on BroadTalk is a taste of what’s to come, I’ll wager she’s on to a best seller!