How does a top brass Military man – a 3-star general no less – confront the truth about a culture of sexism and misogyny under his own command? And what can he do about it when some of his soldiers are resistant to change?

Well, if you’re David Morrison, the man who went on to become Australian of the Year – you go in hard, because perhaps at heart – you’re a born trouble maker!

In the fourth episode of our new podcast BroadTalk, David Morrison pulls no punches as we grapple with the challenging issues of sexism within defence, women in the military, and whether or not leadership is gendered.

Some leaders thrive in the media spotlight. Some assiduously avoid it. Others, with a clear message to convey, use it for strategic advantage. David Morrison has done all three. Sometimes at the same time.

But for a man whose professional career has thrust him into the public lime light, in retirement he remains private and low key.

As Chief of Army from 2011 to 2015, and then 2016 Australian of the Year, Morrison rode a tidal wave of both celebratory and critical publicity. There are some among his former Army colleagues who will never forgive him for airing the defence force’s dirty linen in public. Others love him for it.

Regardless of how much of a rollercoaster his outspoken views have forced him to endure, one thing that is clear and echoes throughout our discussion on BroadTalk – David Morrison has never stopped learning, thinking and self-reflecting: clear signs of innate leadership DNA.

Morrison joined the army in 1979. From the outset he was well aware of his privilege and pedigree. His father was a Major General. It was perhaps unsurprising that David rose to be a Lieutenant General in the Australian Army.

But what is surprising is what this Army boss has done with his position of power. 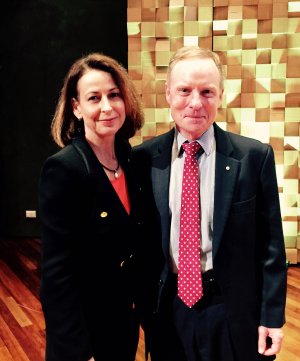 Appointed Chief of Army at the age of 55, it was quickly obvious he was tough… but he was also open to new, progressive thinking.

When the penny dropped about the sexism festering in his force, Morrison didn’t just call out a few trouble makers, he shook up the whole army culture. He put Army failings on diversity and gender equality on public display… and consequently made a lot of enemies along the way.

His famous 2013 video speech in which he furiously bellowed at soldiers who didn’t like including women among their ranks to “get out” has been viewed on YouTube over 2 million times.

When the Prime Minister named David Morrison AO the 2016 Australian of the Year, he used that honour to speak tirelessly around the nation about gender equality, violence against women… and leadership. He served as a Director on the Board of the violence prevention organisation Our Watch for several years, and has been Chair of the Diversity Council for six years.

Not one to pull his punches, Morrison’s passion has at times seen him call out wrong thinking or outright misinformation with the bluntness of an axe. As he says in BroadTalk, with a glint of mischievous irony, “I don’t do nuance!” When confronted on the ABC’s Q&A program by a questioner who suggested data on domestic violence had been overstated, Morrison responded with an unequivocal “that’s bullshit!”.

During his twelve months as Australian of the Year Morrison delivered over 200 speeches around the nation, on diversity, inclusion and violence –with respect for women at the core of every message. 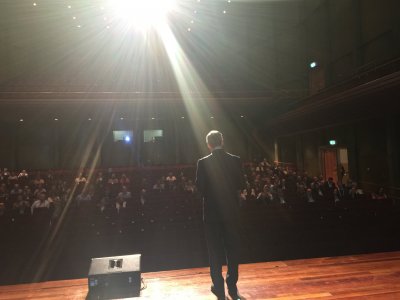 While still in office in 2014, he delivered a keynote address at a global summit in London on sexual violence in conflict. Calling on militaries around the world to increase the participation of women in their ranks, Morrison insisted the inclusion of women across every facet of defence would change masculinised cultures and help end violence against women:

“Armies that revel in their separateness from civil society, that value the male over the female, that use their imposed values to exclude those who don’t fit the particular traits of the dominant group, who celebrate the violence that is integral to my profession rather than seeking ways to contain it – they do nothing to distinguish the soldier from the brute.”

Natasha Stott Despoja, who was head of the Australian delegation and Ambassador for Women and Girls, later told reporters that Morrison’s powerful message made him outshine all other speakers, and that he was a “bigger star” at the conference than the most famous UN special envoy, Hollywood’s Angelina Jolie. 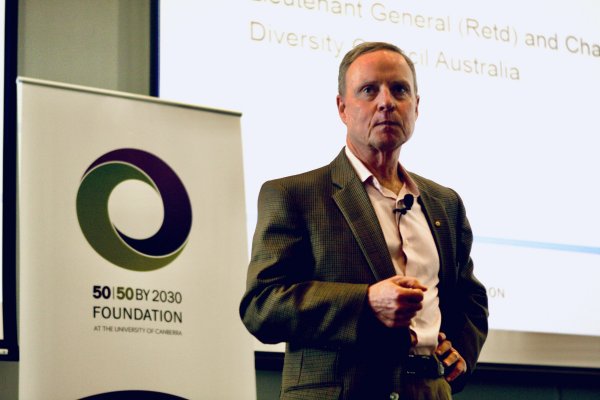