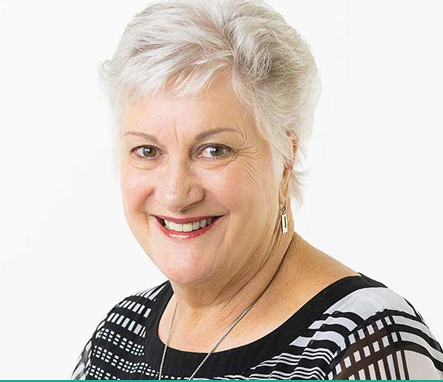 Dame Annette King is someone you always want at the table. The dinner table or the board table, or perhaps even the kitchen table as she chops veg for a family roast. She is delightful company and whip smart, with a knack for fun.

But she’s also embodies a powerful authority and a style of decisive leadership that has won her admiration across the political spectrum.

The daughter of a coal miner, Annette grew up dreaming of becoming a dental nurse. Which she did. For a moment. With no idea that the budding nurse would one day be Minister of Health, and also Minister for Justice, Police, Transport, as well as rise to be Deputy Leader of the New Zealand Labor Party.

Politics and social justice were in Annette’s blood from a young age. But so too is leadership. A powerful, persuasive form of leadership that has won her admirers across the political spectrum. 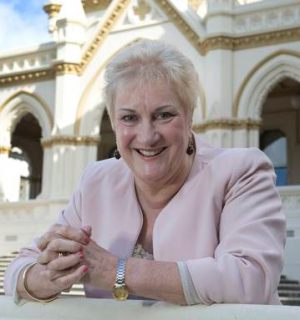 So, how does one shape the kind of leadership style that propels you to the top, yet isn’t smug or dissolve any of your female authenticity or integrity?

And how can a woman in politics learn to stomach the hounding she gets from the media? Well, Dame Annette King could certainly give a masterclass or two on that!

As one of New Zealand’s most senior women in politics, national media held a certain fascination with Annette’s private life and at times “weaponised” her family. Her first husband’s status as transgender, and their daughter’s car accident and drug charge were open media fodder.

In our broad ranging chat on BroadTalk Dame Annette speaks frankly about the painful effects of media intrusion and how she managed. But perhaps most fascinating is what she reveals about a ‘feminised’ leadership style.

“A mentor who cared about my life beyond my work life” says Ardern.

Annette has been a long-time mentor to Jacinda Ardern, that global poster girl for what I term ‘new leadership’: an uncompromisingly, unapologetically values-driven leadership that revels in what are characteristically referred to as ‘feminine’ traits. 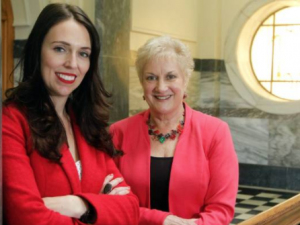 When Ardern took over the reins of party leadership, before she was elected Prime Minister, she asked Annette to accompany her and stay by her side throughout the election. Which she did.

But according to Annette’s biographers, John Harvey and Brent Edwards, she was a mentor and a role model for Ardern beyond politics, but in her life: “a mentor who cared about my life beyond my work life” says Ardern.

The New Zealand PM speaks movingly about how much Annette’s wisdom and style of leadership has influenced how she approaches her own work-life balance. Indeed, Ardern tells of how in awe she was of Annette’s ability to decompress after a heated parliamentary exchange, when the then Deputy Leader could prosecute a powerful argument on the floor of parliament, impressing MP’s with her detail and clarity, and then later be seen back in her seat playing a game on her iPad! 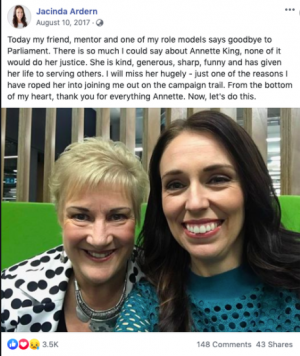 Dame Annette King’s long career as politician and now diplomat is full of fascinating twists and turns, but as I found in our BroadTalk chat she is one of those born leaders who has thrived on challenge and responsibility. But most of all she has that special knack for seeking joy in all she does.

I’m still smiling at her charming quip about how unplanned her life has been. It all just “happened”, she says about a life that just “tumbled along.”