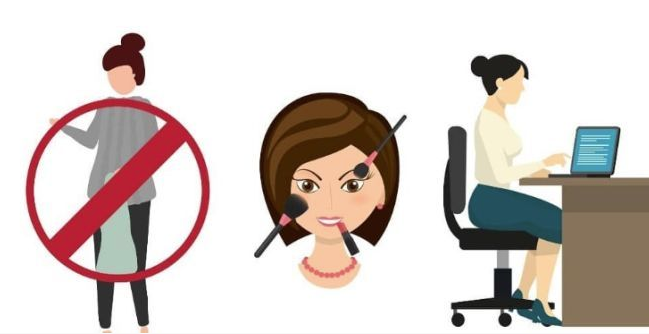 At least Malaysia was upfront and honest! Whilst many world leaders probably agree with that nation’s state sanctioned misogyny, few are dumb enough to make it a government directive during a time of crisis. But not Malaysia.

Its “Women Prevent COVID-19” campaign, to “promote household happiness” during the stress of home isolation, tells women precisely what to do. Top tip – “avoid nagging” your husband. Tip two – wear make-up and “dress neatly” rather than wear casual clothes, now that men are working from home. Three – women must refrain from being “sarcastic” when husbands are not helpful with the housework, and should “avoid disagreements” by using humour and infantile comic voices instead (I’m not making this up).

Unsurprisingly, the nation that ranks 104 on the global gender gap index has seen a doubling in domestic violence reports since the partial lockdown. Yet there have been no tips for men on how to stop beating, punching, pulverising, abusing, kicking, hitting, threatening and screaming at wives. 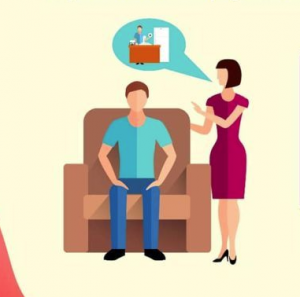 Whilst the Malaysian government was forced into a limp apology this week for its idiotic instructions, it was only a partial apology “if some of the tips … touched on sensitivities.”

Strange times seem to spawn strange reactions. So, here’s an admission I never imagined I would make. I’ve been binge watching Donald Trump press conferences. There. I’ve said it. Yes, these are unhealthy times!

But there is something bizarrely fascinating about how the President’s outrageous treatment of women, his name calling and belittling, is so passively tolerated by the press corp and the American audience, along with his blatant abuse of power in withholding federal supplies from states governed by “young women” he doesn’t like. The NY Times captured this issue powerfully. 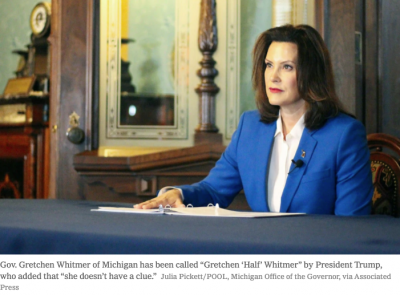 Indeed, this week’s Gender News list provides a fantastic whip around of solid reads. Whilst COVID responses are threatening US abortion services, effectively banning them, elsewhere in the UK we’re seeing significant advances in the availability and provision of the abortion pill. Meanwhile, in case you happen to be wondering how sex workers are coping, the news is mixed. For some, the move to online sex is working particularly well (and is a whole lot safer): check this first person account from Tilly. 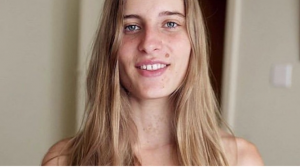 Much has been said about the economic shock caused by coronavirus but not enough about how that will impact women differently from men. An excellent new research paper tackles this, with one of the authors interviewed briefly in The NY Times where he explains how past global recessions and GFC didn’t impact women in the way COVID19 will.

Also this week, the news we didn’t want to hear – news of women in lockdown with abusers. (I read this nervously, awaiting the inevitable spike in Australia’s DV rates).

Lastly in Gender News, a story that broke my heart about men who leave spouses with cancer. This was so far removed from my own experience, given my husband not only stayed by my side during my own duel with the dragon, but quit his job, I found this story one of the saddest things I’ve ever read. Or so it feels right now 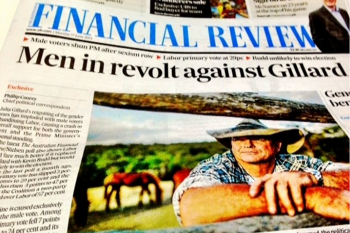 BroadAgenda has been as busy as usual this week, kicking off with a fascinating comparison of the media portrayal of Julia Gillard and Helen Clarke by the ANU’s Blair Williams. (A timely reminder of that killer headline “Men in revolt against Gillard.”) Amy Haddad wrote on the upsides of moving to online meetings, and the opportunity this presents to model more inclusive meeting practices.

While on work practices and pathways to leadership – a fascinating and wide reaching study across four large Asian economies by Investing in Women, in partnership with IDinsight. Their work does a great job of unpacking some of the social and cultural norms and family obstacles that prevent women’s economic empowerment. Our BroadAgenda summary by Georgia Davis and Aya Silva points out that while Southeast Asia has a higher female workforce participation rate (42%) than the global average (38%), the barriers to women entering work, or progressing to management and leadership roles are deeply entrenched, which is why well intentioned workplace strategies remain doomed to fail. 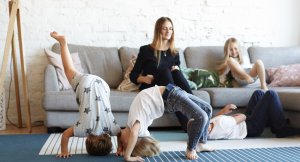 Lastly, “we are not babysitters for the economy!” was the cry this week from a frustrated teacher. Who can blame her? In this convincing argument for a major re-think on how best government should approach national investment during a crisis (ie not infrastructure spending) the ANU’s Julie Smith challenges what goes in and what is left out of our GDP equation.

So, at the end of another long and challenging week I guess many of us are now past the novelty stage, we’ve settled the IT issues, fashioned some extra office space at home, and are now battling that glum feeling of wondering ‘how long?’. How long before we can once again feel energised and empowered by the physical presence of our colleagues, friends and favourite café faces? How long before we can go to the gym, the movies, yoga? How long before we can meet and hug again? How long before I can sit with my dear workmates and feel the energy of their generous spirts lifting mine?

Well, in answer, I turn to my newest obsession – the Donald. According to him, we’ll all be having “a great celebration by Easter!”

For once, I wish he wasn’t always wrong.

Have a calm, gentle and happy weekend.

(ps Like what we do? Please pass us on.. Free to subscribe to the weekly wrap – no ads, no annoying stuff! A humble promise! Just click here … )